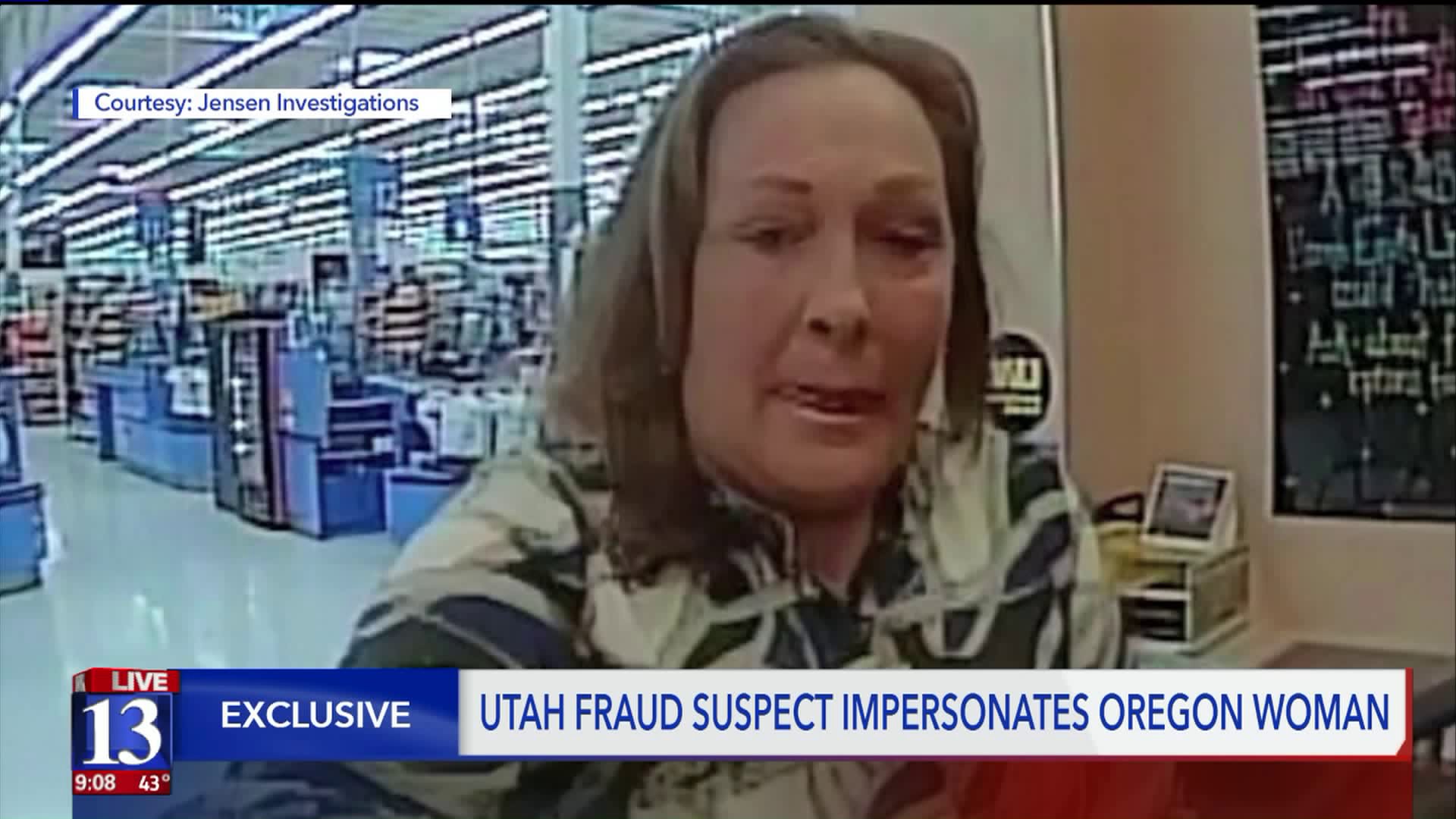 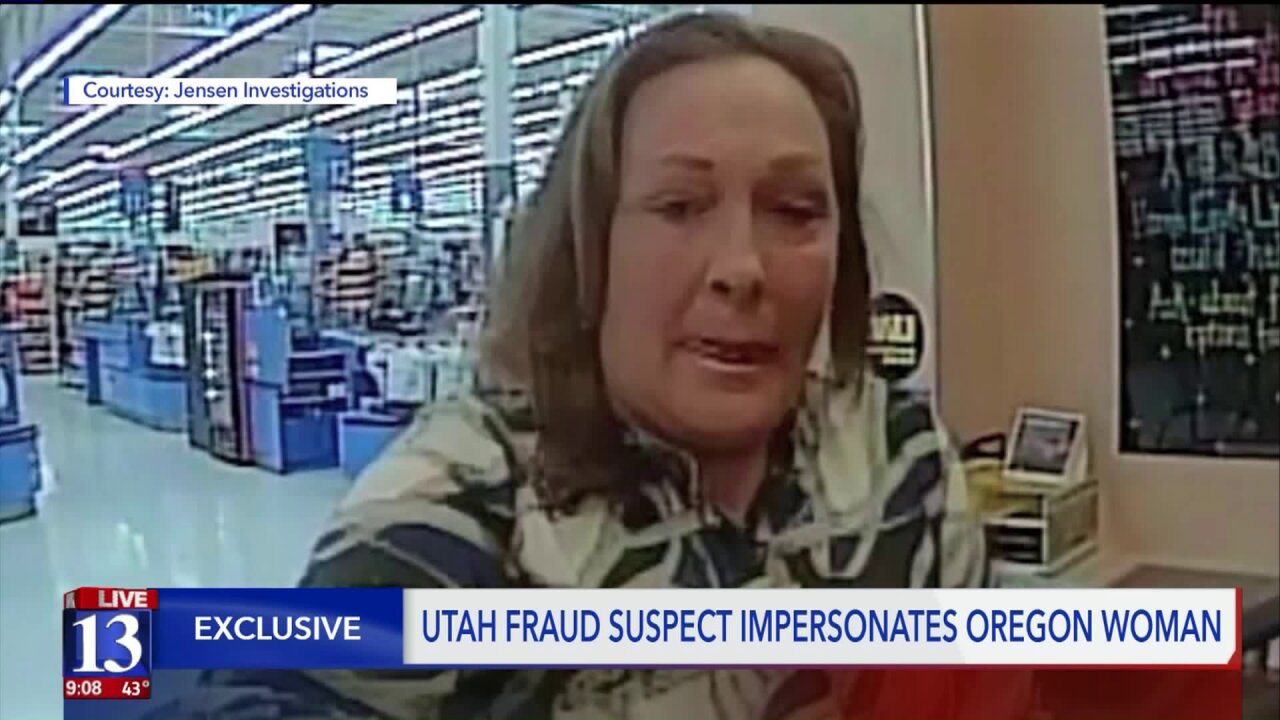 SALT LAKE CITY — An Oregon woman has a warning for Utahns after she and police said another woman impersonated her in order to withdraw thousands of dollars from two Utah banks, leaving nearly nothing behind in her accounts.

The woman is now troubled by how she said the bank told her it happened.

Surveillance photos recently released show a woman who claimed to be Holly Fritz, stopping at the U.S. Bank in the Clinton Walmart in late September.

Only the real Holly Fritz has no ties to Utah.

Fritz, who lives in Oregon, said U.S. Bank called her to ask about possible fraudulent activity on her account, in the form of large cash withdrawals.

“We were figuring out that this is in Utah, and I’m like, ‘Oh my gosh,’” Fritz recounted.

The withdrawals, she was told, came from the U.S. Bank branches inside the Clinton Walmart and the Sunset Smith’s a few minutes down the road from each other.

According to police, the withdrawals totaled $8,500.

Fritz said the woman also tried to cash a check in the amount of $2,500 that the teller at one bank immediately recognized as a fake check. She said the bank told her they didn’t let the woman cash the check, but did let her make the withdrawal.

Fritz said the bank told her the woman knew her personal information and even went as far as showing them an ID.

“It’s just terrifying to know that these people can obtain all your information,” she said.

And terrifying for Fritz that someone so easily walked into the two banks back-to-back, and walked out with thousands of dollars of someone else’s money.

She did say the Clinton bank teller apologized to her and explained that the woman was very convincing.

“She didn’t hesitate once,” Fritz said, of what the teller told her. “He just made it sound like she was just sitting there like no big deal. Said she was going to a funeral, she had to fly down here.”

Funeral or not, Sunset Police said they’re now working with Clinton Police to find the woman in the surveillance photos.

They said the charges could rack up to 2nd-degree felony fraud charges.

Surveillance from the Clinton Walmart shows the woman was possibly driving a silver Dodge Dart.

Fritz is hoping someone will recognize the woman.

She said U.S. Bank eventually replaced her missing money, but there’s something they’ll never be able to restore.

“It just made me very feel violated,” she said. “And just not safe.”