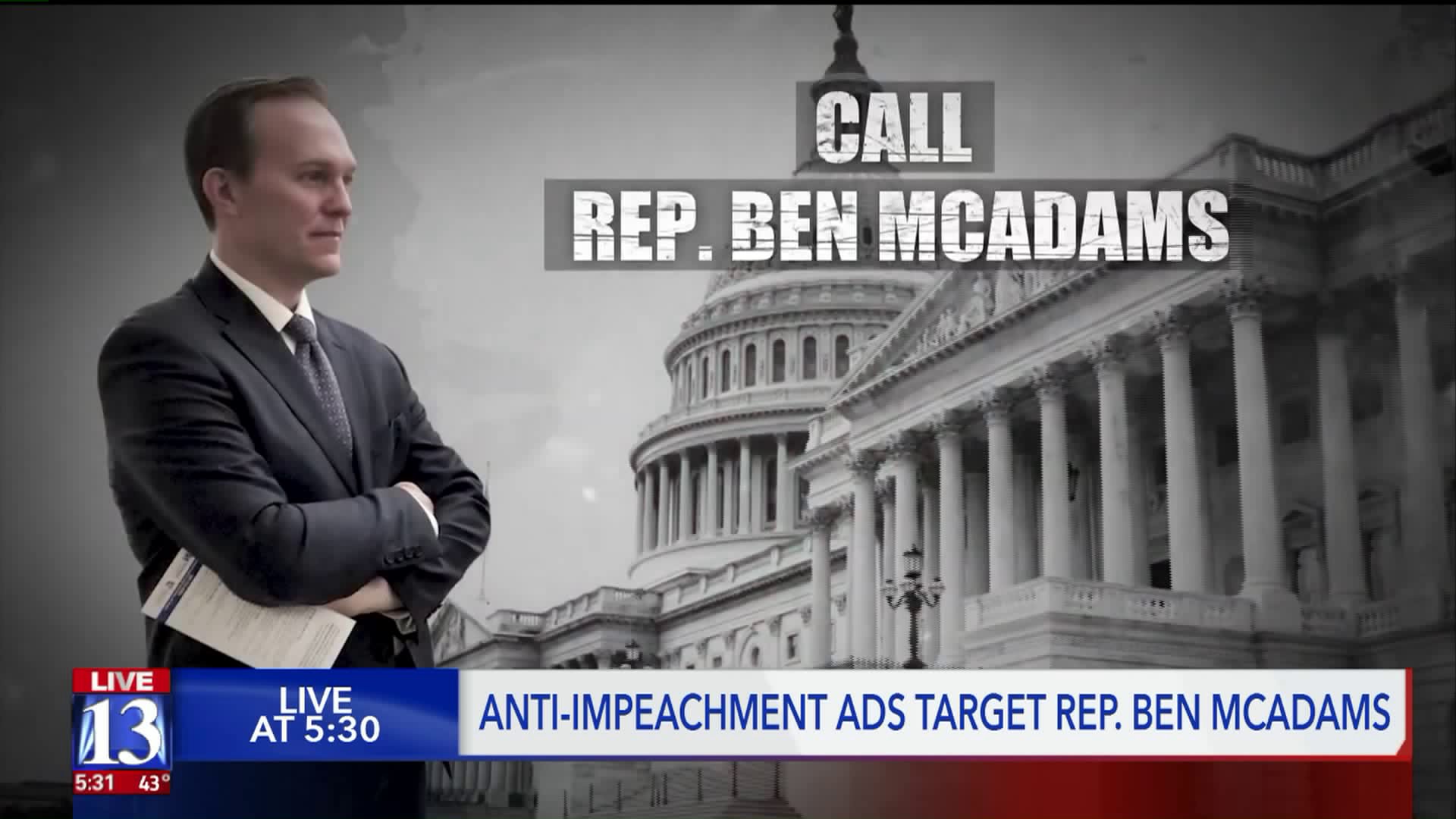 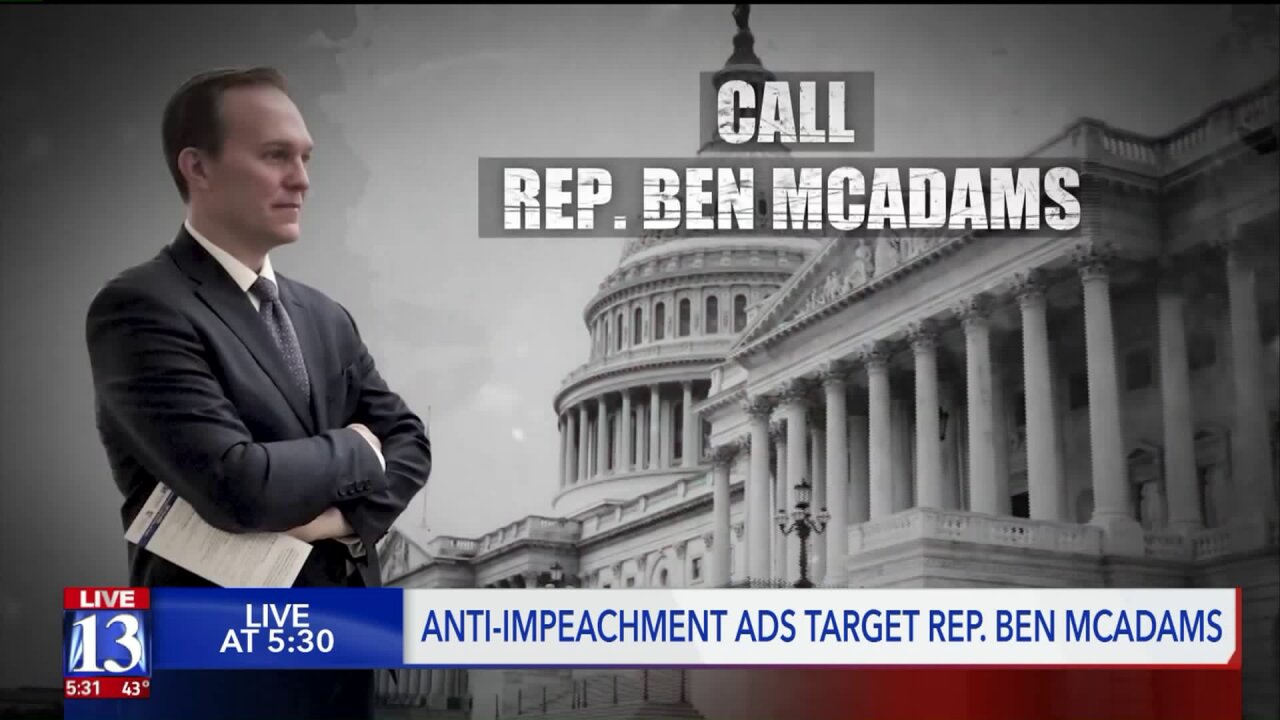 America First Policies created the ad as a part of a $2 million dollar “End the Witch Hunt” campaign.

The President of the PAC, Brian O. Walsh, put out a statement that said he wants Congress to ”get back to work,” working for the people.

“This impeachment charade has gone on for far too long and has produced no evidence the President is guilty of any crime,” Walsh said.

The ad targets Rep. McAdams, the only Democrat representative in Utah, but the congressman said he’s not letting these ads distract him.

Roberts said the congressman is reviewing all the witness testimony and facts and will make a principled decision for Utah.

“No amount of spending from Washington D.C. Special Interest groups from either party will change that,” Roberts said.

America First Policies spent nearly $52,000  on the ad shares here in Utah — less than 3 percent of the $2 million used for the anti-impeachment campaign.

There are at least five to six super PACs buying ad shares with the four leading television stations in Salt Lake City.