Investigators say Tooele man was kept in freezer since 2009 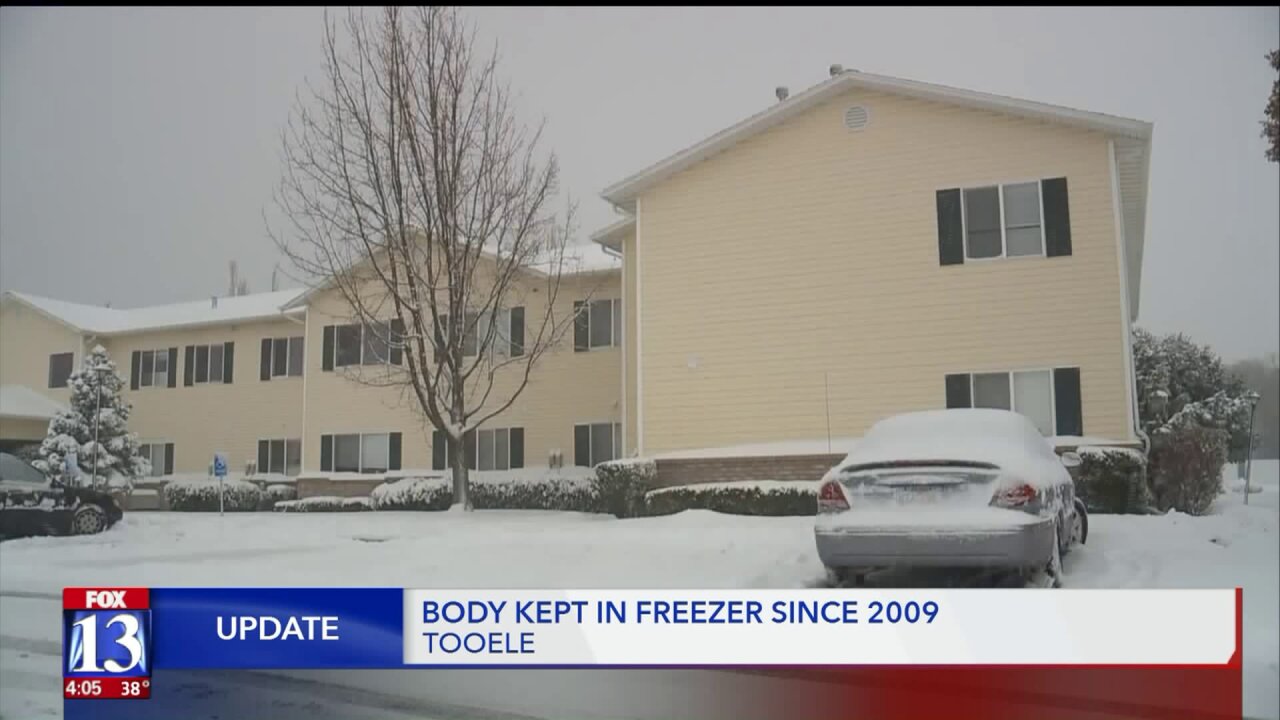 TOOELE, Utah — Police are now saying a man who was found dead in a freezer last month was kept inside for over 10 years.

Tooele Police responded to 75-year-old Jeanne Souron-Mathers’ apartment in a retirement community for a welfare check Nov. 22 and found her dead, and later discovered a man’s body in a chest freezer. Investigators later identified the deceased man as Paul Mathers, her husband. They initially estimated his body could have been frozen for between 1.5-11 years.

This week, Tooele Police said investigators determined that Mathers’ body had been frozen since early 2009. Investigators believe Souron-Mathers may have kept her him in the freezer for years to continue receiving payments, and they have subpoenaed financial and medical records to determine how much money or which funds were involved.

Police have not yet released a cause of death.