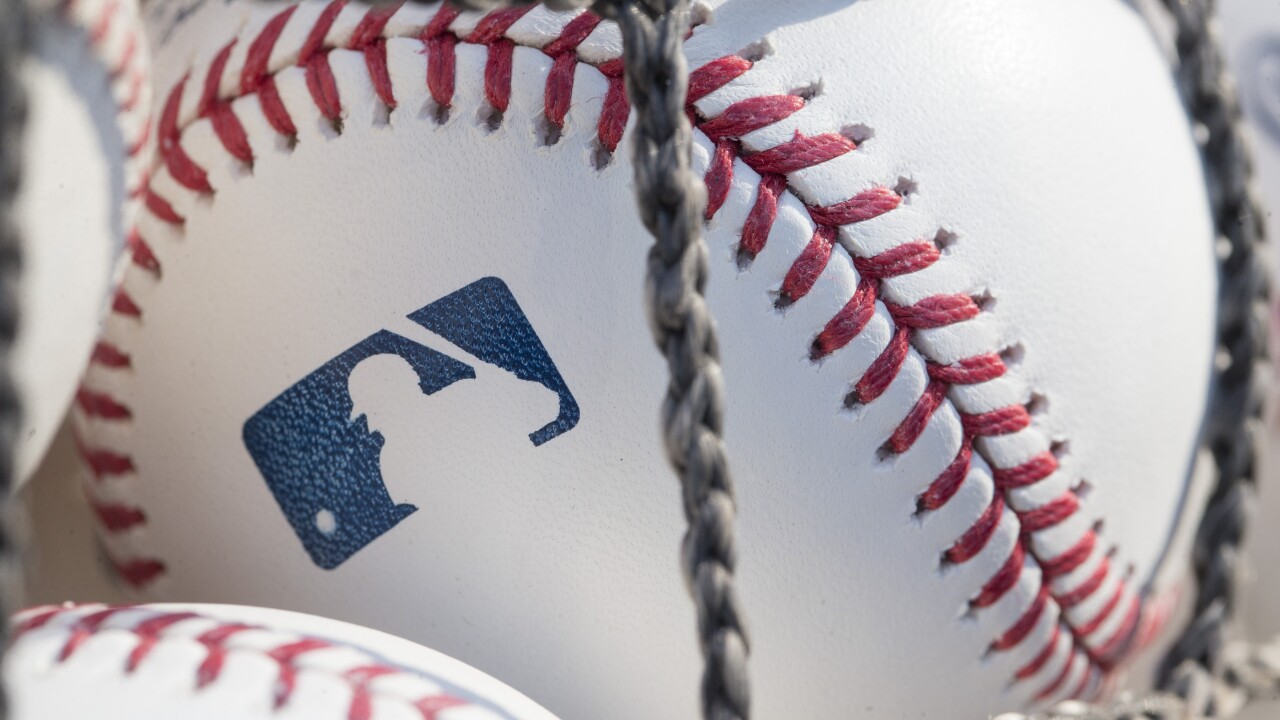 PHILADELPHIA, PA – JUNE 28: A baseball with MLB logo is seen at Citizens Bank Park before a game between the Washington Nationals and Philadelphia Phillies on June 28, 2018 in Philadelphia, Pennsylvania. (Photo by Mitchell Leff/Getty Images)

(CNN) — Major League Baseball will begin testing players for opioids and remove marijuana from its list of “drugs of abuse,” as part of its updated drug program, the league and the players union said Thursday in a news release.

Going forward, players will be tested for opioids, fentanyl, cocaine and synthetic THC, along with the other substances listed under “drugs of abuse,” which includes banned substances and drugs classified as Schedule I or Schedule II under federal law.

Those who test positive will be referred to a treatment board of medical professionals who will prescribe a treatment plan, the league and the MLB Players Association said. Players who refuse an evaluation or don’t cooperate with the prescribed treatment will be subject to discipline.

Natural cannabinoids like THC, CBD and marijuana will be removed from the list of “drugs of abuse,” under the new program, the MLB and the players’ association said.

In the future, marijuana-related conduct will be treated like alcohol-related conduct and subject to a treatment program that includes mandatory evaluation and voluntary treatment. There’s still the potential of discipline for “certain conduct” involving marijuana, the league and the association said.

The change on opioid testing comes after the death of 27-year-old Los Angeles Angels’ pitcher Tyler Skaggs on July 1. An autopsy released in August found Skaggs died from choking on vomit after using drugs and alcohol. High levels of opioids were found in his system, including fentanyl, oxycodone and oxymorphone. The death was an accident, the autopsy found.

MLB Commissioner Rob Manfred said Wednesday he believed Skaggs’ death was a “motivating factor” to address a “societal problem” within the context of the MLB.

“I think they made an agreement that is realistic in terms of how you handle people with opioid problems, and I think it will be an improvement for the industry going forward,” he said.

The opioid crisis was one of “significant concern” to the league, said Dan Halem, MLB’s deputy commissioner and chief legal officer.

“It is our hope that this agreement — which is based on principles of prevention, treatment, awareness and education — will help protect the health and safety of our Players,” Halem said in a statement announcing the change.

The players are “overwhelmingly in favor” of expanding drug-testing to include opioids “and want to take a leadership role in helping to resolve this national epidemic,” said Tony Clark, executive director of the MLB Players Association.