Man tracks down own stolen truck, things take a turn when he tries to confront suspects 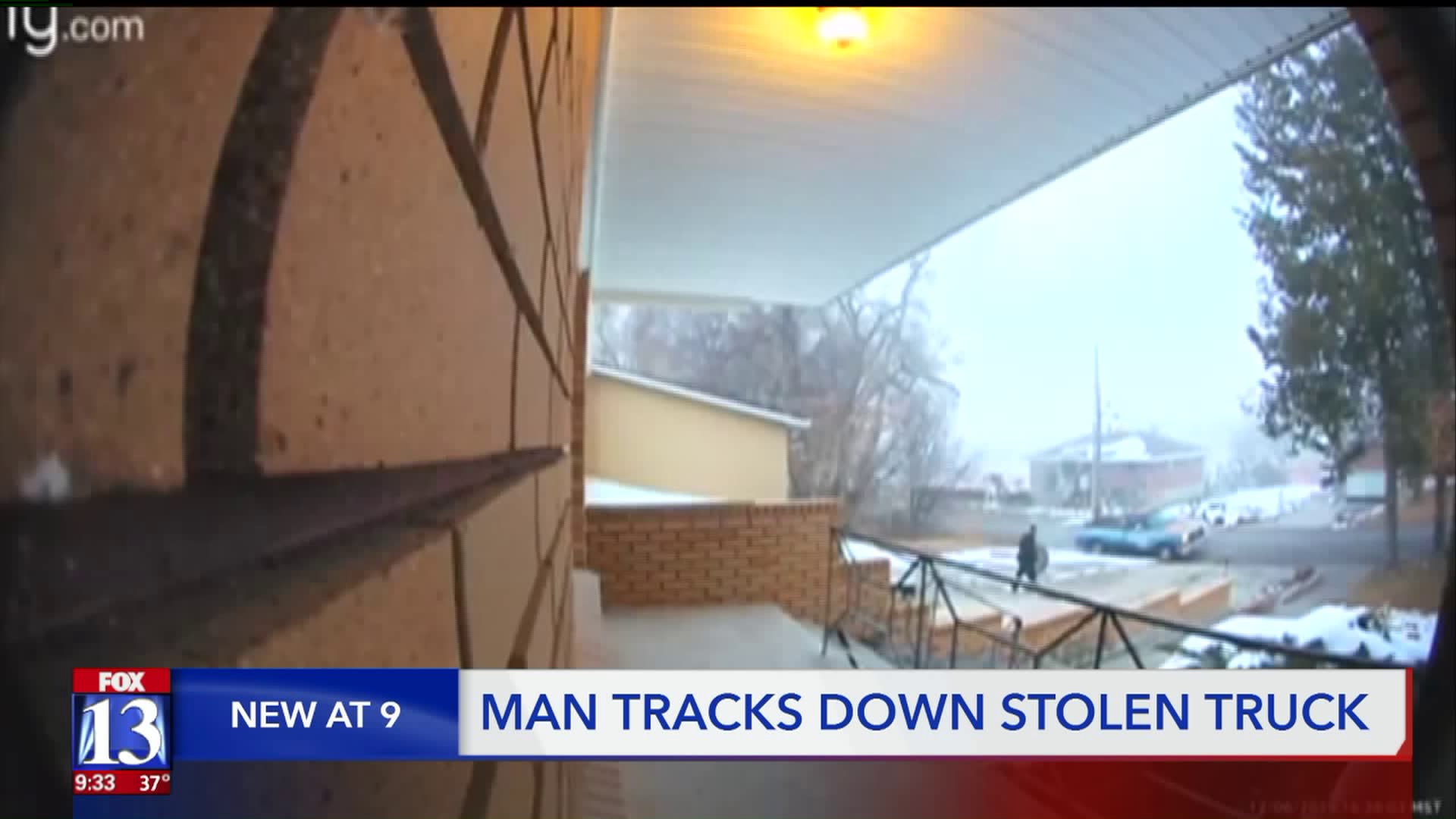 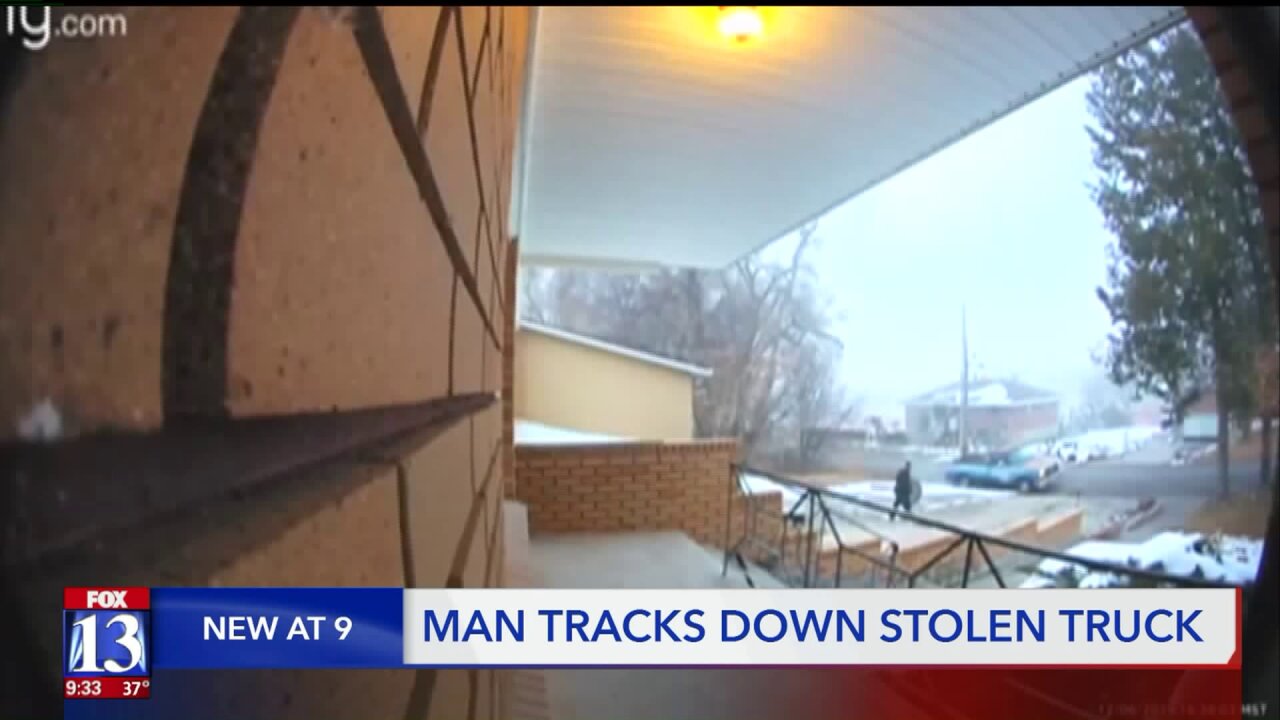 KEARNS, Utah-- A Kearns man is thankful he’s okay, after quite an ordeal he went through to find his own stolen truck—twice. He came almost face-to-face with the suspects, and nearly ended up hurt in the process.

Now, a second vehicle of the man's is heavily damaged, and the suspects haven't been caught.

Jay Hancock’s truck disappeared from his work in Kearns on Friday afternoon. Surveillance video shows two men swarm the truck, which was parked in the lot of Tunex near 5400 South on 4015 West.

One man is riding a bike, and throws the bike in the bed of the truck before getting in and taking off.

Through the Ring Neighbors app, Jay heard about sightings around town. One person even shared video of his truck as part of an alleged theft. The person who shared the video said the man driving the truck stole a metal propane hood.

On Saturday evening, Jay said he and his girlfriend drove around the area where the truck had been spotted, and managed to find it in West Valley City two miles from Jay’s work.

“We followed it, it pulled over,” he said. He said he called 911, and said he could see two men inside of it.

“I had my girlfriend, who was driving, put the van at an angle in front of the truck,” Jay explained.

He decided to try to get out of the van, as his adrenaline started pumping at the sight of his stolen truck.

“I just wanted to get the guy out of my truck and get my truck,” he said.

But once Jay started opening his door on the passenger side, he said the truck rammed right into the passenger door of the van—and right where he was trying to get out.

“I was trying to pull door and hold it shut, while still on phone with 911,” he recounted.

The man had used Jay’s own truck to crash into Jay’s van. The driver quickly took off. Police arrived, but Jay said the truck was nowhere to be found.

Jay didn’t give up and on Sunday, he found the truck just down the street from where it had crashed into his van.

He called police from a safe distance away, and let them handle the rest. He said police told him because no one was in or near the 4-plex where it had been parked, they cleared the scene.

However, they did make a discovery in the bed of the truck.

West Valley City Police said they found various items like tires, rims, a vacuum, and helium tank. It’s unclear if those items were stolen, too, but nevertheless officers booked the items into evidence.

Jay said they also found the stolen propane hood from the neighbor with surveillance video. He decided to return the hood.

“I personally took it to him, just to show him that things could happen-- it was awesome to know that everything played out the way it did, and nobody actually really got hurt,” Jay said.

No one hurt, and Jay got his truck back.

He did admit that it probably wasn’t the best idea to try and approach the men in his truck, but he said he let his adrenaline and excitement of seeing his truck get to him.

At least now, it’s home. He did say that the truck has damage to it, and his tools are gone. His van is also damaged. and the passenger door is destroyed.

He’s hoping now police can catch the suspects, and surveillance will help someone identify them. Both Unified Police and West Valley Police said they don't have any possible suspects.

Jay and his girlfriend got a short glimpse at the men. He described them as Hispanic, with the driver wearing a gray pullover hoodie and ball cap, and the passenger wearing dark clothing.

Anyone with information related to Jay’s stolen truck or the crash can contact Unified Police or West Valley City Police.