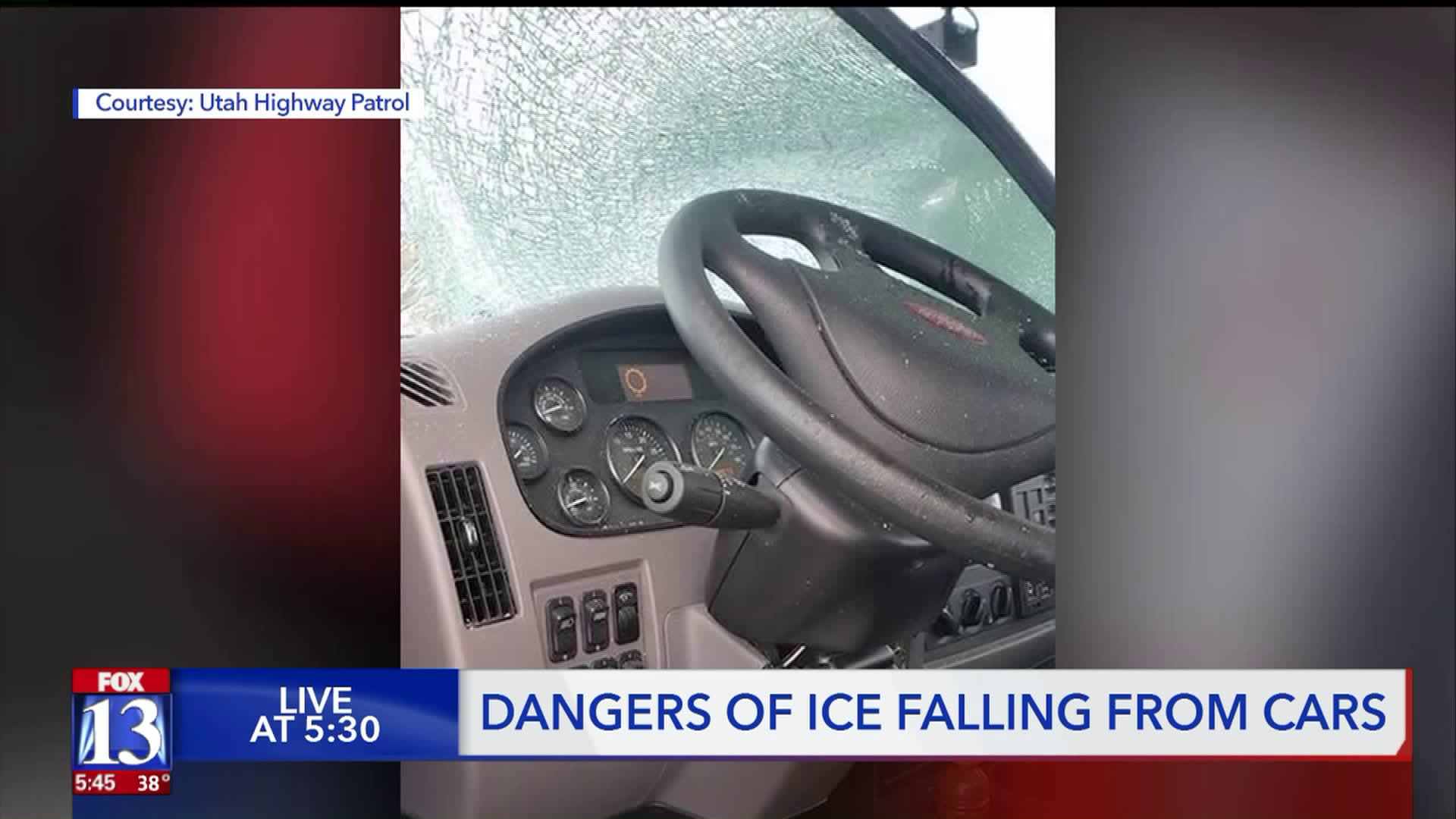 Snow on top of commerical vehicles can quickly turn deadly at high speeds. 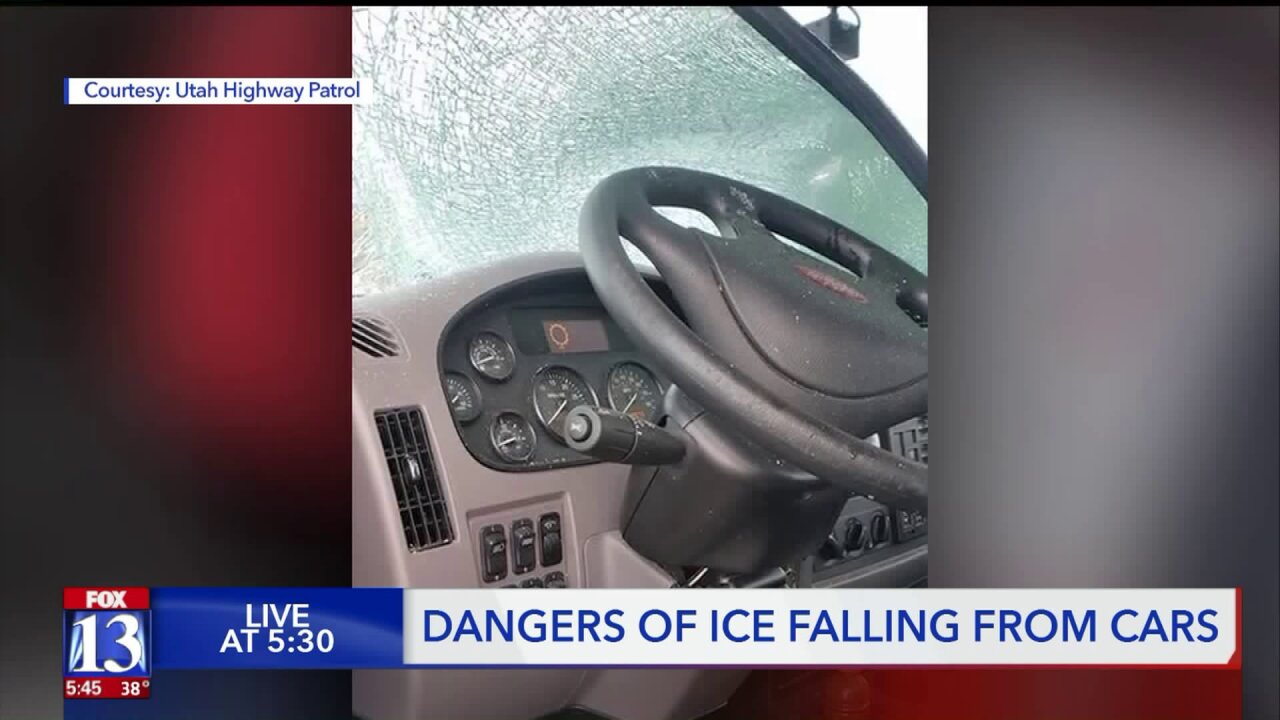 STOCKTON, Utah — Utah Highway Patrol is urging drivers to be cautious after a large slab of ice flew off of a commercial vehicle on the highway, crashing into another driver’s windshield.

Zooming down the highway at 70 miles per hour, it is probably the last thing on your mind — ice, packed tightly onto the roofs of semi-trucks and trailers, but according to Utah Highway Patrol, it can be loaded for disaster.

“Those ice chunks turn into missiles on our roadway,” said Sergeant Nick Street with UHP.

Monday afternoon one of these ‘ice projectiles’ launched off of a commercial vehicle on SR 36 near Stockton, it smashed into the windshield of a driver going the opposite direction.

Despite the shattered glass and caved-in windshield, the driver came away with just scratches. However, others, haven’t been as lucky.

In 2008 a semi-truck driver lost his life near Duchesne after an ice slab launched off of another truck and blew straight through his windshield.

“They passed by each other, [the driver] had no idea that the ice that flew off of the top of his semi had killed another person, that truck was long gone by the time we got to the scene and investigated it,” Street explained. “We never actually found that other driver.”

UHP said in the last 11-years, these are the only two ice-related accidents that have been reported. Even though it’s rare, UHP said it is extremely dangerous and preventable.

“I know it’s not easy to get up on top of a semi-truck or even a box trailer and make sure that the ice is cleared off, but it’s the right thing to do, that ice can become missiles as you go down the road,” Street said.

“There are other lives out there at stake,” he added.

UHP recommends keeping a two-second following distance or 200 feet at 70 miles per hour; if there is inclement weather they recommend drivers give even more space so they have time to react.