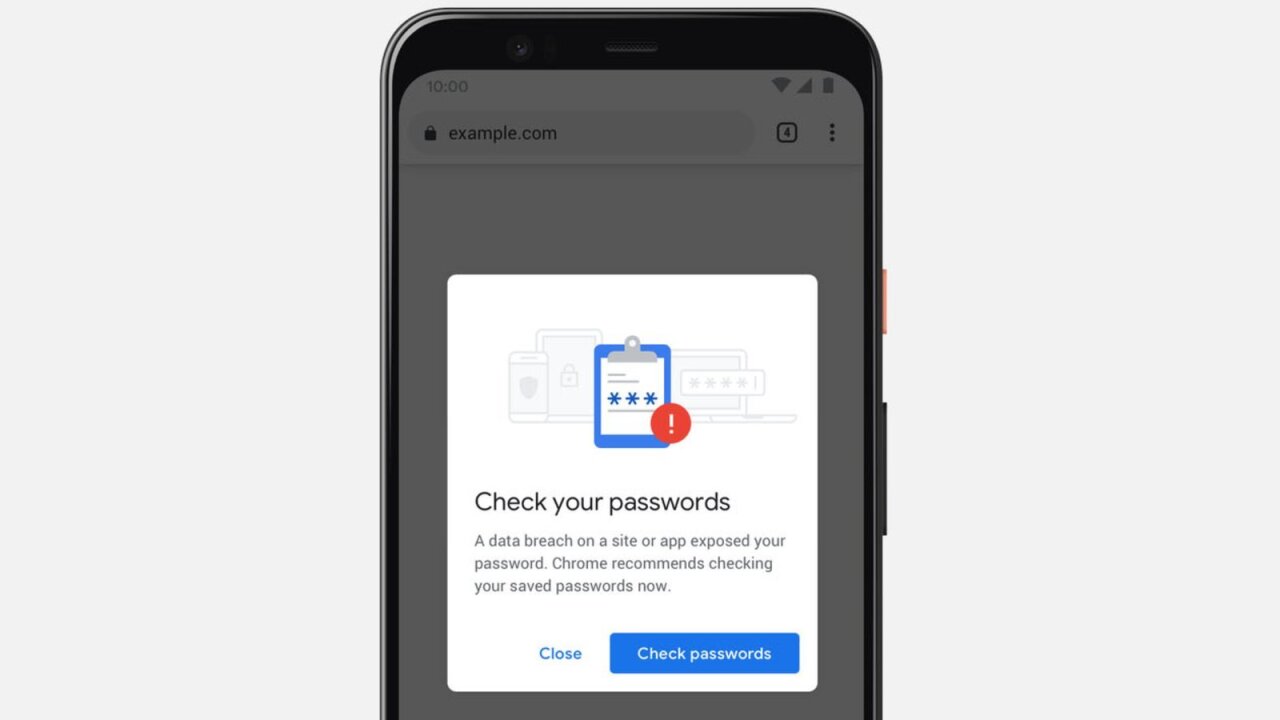 Chrome’s newest feature adds a functionality that warns users that their username and password may have been compromised in a data breach.

Google added a new tool to Chrome that protects users’ passwords in an update released Tuesday.

Chrome’s newest feature adds a function that warns users that their username and password may have been compromised in a data breach. A pop-up will appear asking if they want to change their saved passwords.

The tool is an expansion of Google’s Password Checkup technology, which was announced in February. Originally it was a browser extension, which meant it had to be downloaded. Now users will see the prompt appear automatically as they browse the web. It will be gradually rolled out and can be controlled in the Settings tab under Sync and Google Services.

Google cross-checks its users’ login credentials against a regularly updated database of more than four billion usernames and password that might have been compromised. The entries are collected from sources such as password dumps. Hackers responsible for data breaches on sites like Yahoo or LinkedIn sometimes post large databases of account usernames and passwords online. Because many people use the same passwords across sites, bad actors can use the information to gain access to other accounts.

Several services with similar capabilities are available. They include password managers such as Dashlane and 1Password, which monitor logins and inform people when their credentials have been compromised.

Chrome has other safety tools, including an extension that lets people report sketchy websites commonly used by phishers or scammers.