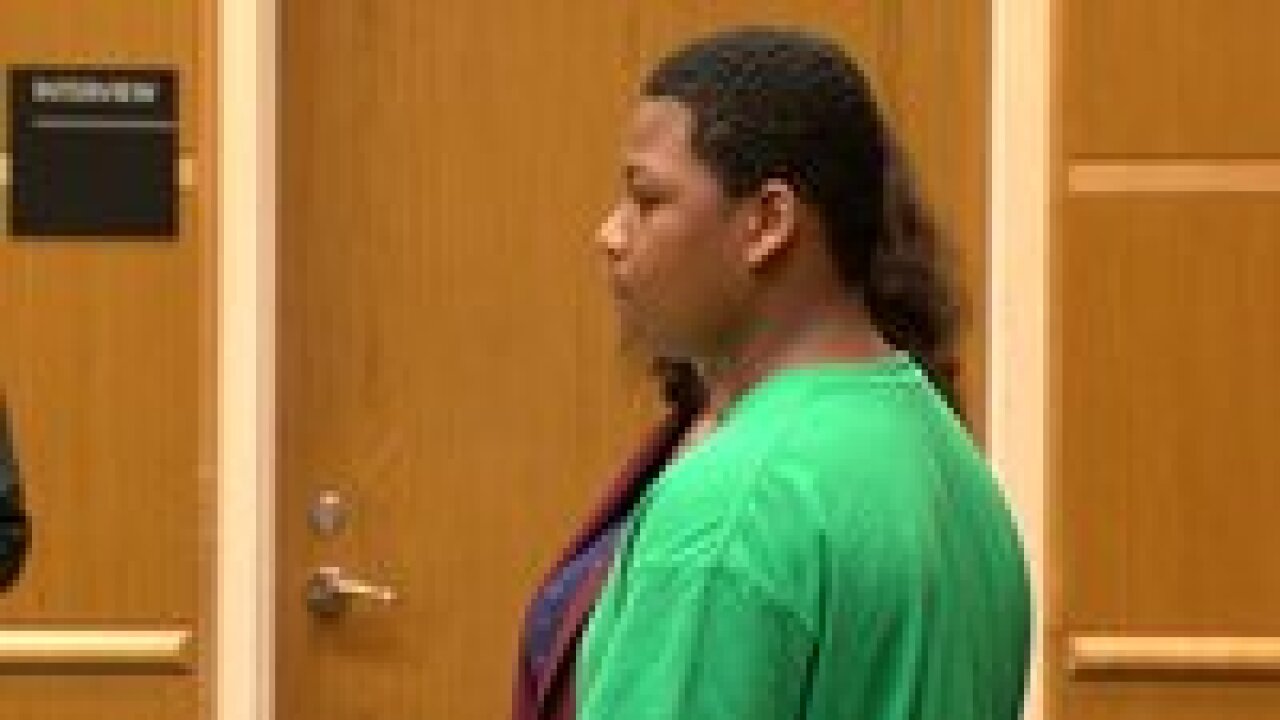 **Embargo: Tampa, FL** Javarick Henderson who is accused in the stabbing death of his grandmother will be tried as an adult on a first-degree murder charge.

St. Petersburg, Florida (WFTS) — The 13-year-old boy who is accused in the stabbing death of his grandmother will be tried as an adult on a first-degree murder charge.

Police say Henderson killed his grandmother Gloria Davis, 56, in her home on Nov. 25.

Davis was watching Henderson and a 12-year-old, who police say is Henderson’s half brother, when the stabbing happened.

According to an arrest affidavit, the 12-year-old told detectives he heard Henderson yelling from the kitchen of the home at 634 60th Avenue South around 3:30 that morning.

Henderson told the younger child he “did something bad” and urged the 12-year-old not to call police because he “needed time to think.”

Arrest records also detailed how Henderson had lacerations on his hands, red marks on his body and was covered in blood.

As detectives continue to search for a motive, friends, family and even those who simply knew Davis as a friendly mail delivery worker are now trying to cope with the loss of someone they say was truly one of a kind.

https://s3.amazonaws.com/cnn-newsource-image-renditions-prod/WFTS_13YO_STABBING_GRANDMOTHER/S118103679_thumbnail.JPG
Copyright 2020 Scripps Media, Inc. All rights reserved. This material may not be published, broadcast, rewritten, or redistributed.