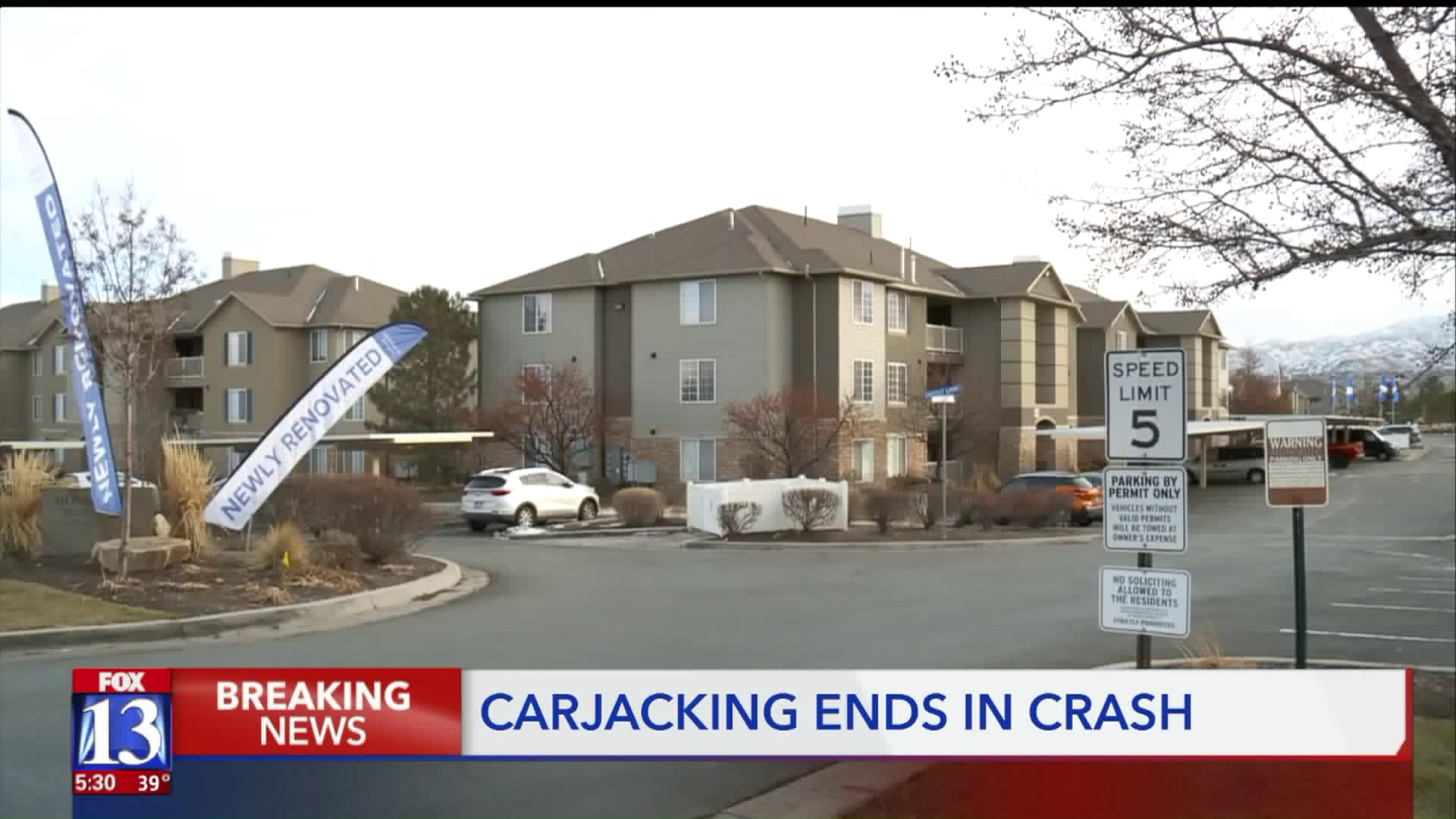 A pair of teenagers stole a car at gunpoint in Riverton Tuesday afternoon, but later crashed and were apprehended. 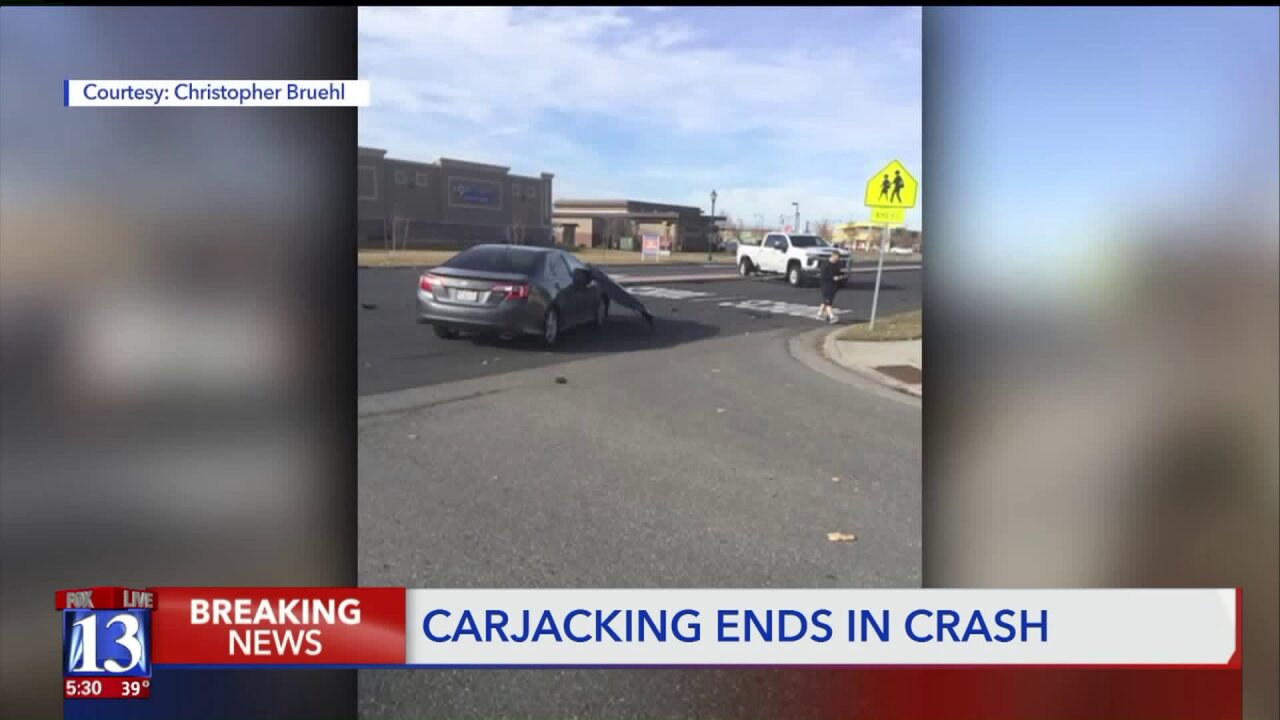 RIVERTON, Utah — A pair of teenagers have been arrested after police said they robbed a woman at gunpoint inside her home before stealing and crashing her car Tuesday afternoon.

According to Riverton Police, the juveniles robbed a 25-year-old woman at gunpoint inside her home at the Monarch Meadows apartments near 13400 South and Mountain View Corridor in Riverton.

“Two juvenile suspects went to a house, knocked on the door and got into the residence under the guise that they were there to do some sort of work,” said Cmdr. Ryan Shosted with the Riverton Police Department.

Riverton Police said once the individuals were allowed inside, they pulled out a handgun and demanded money and keys to the resident’s car.

The teens used the woman’s car to leave the apartment complex. According to police, they crashed into a truck a short distance later and ran.

Officers were able to catch them without any exchange of gunfire and took them into custody. Police were able to locate the firearm that was used near the crash scene shortly after the arrest.

An investigation is currently underway. The teens could be facing a number of charges including armed robbery, residential burglary and car theft, among others.

Police urge the public to be cautious during the holiday season, they advise not letting anyone into your home that you are unfamiliar with or are not expecting.