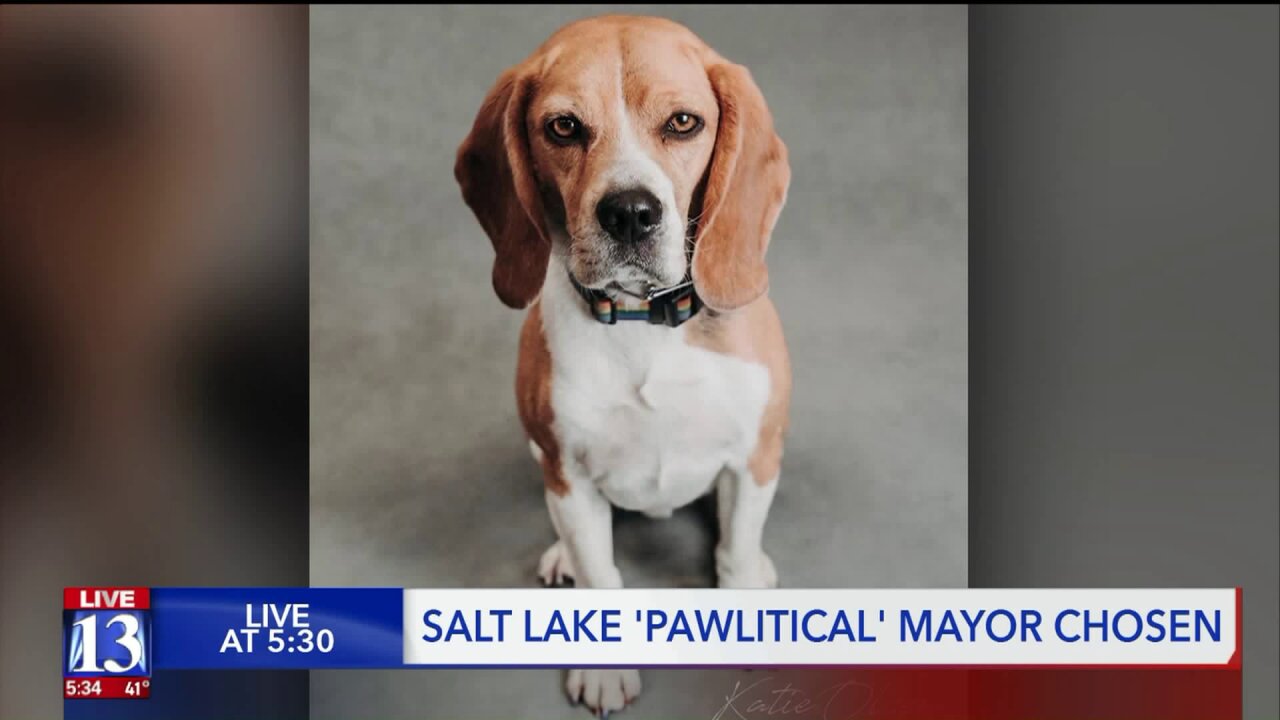 A Beagle named Dexter was sworn in by the county clerk Tuesday as the Salt Lake County Animal Services “PAWlitical Mayor.”

Dexter, his “Deputy PAWlitical Mayor” named Hoss and a 9-member “PAWlitical Council” will serve a 2-year term representing Animal Services at various events. The county says they will share the importance of adopting shelter pets, spaying and neutering. They are also tasked with “demonstrating how to be a model citizen for their breed.”

The PAWlitical pets campaign raised over $20,000 that will go toward surgery costs of injured animals in the shelter next year.

Salt Lake County says Dexter is a typical beagle who loves meeting new people and dogs, with a “happy smile and a warm heart” that makes other pets feel accepted.

“Dexter wishes all homeless pets can find love and have a place to call their own,” the announcement said.