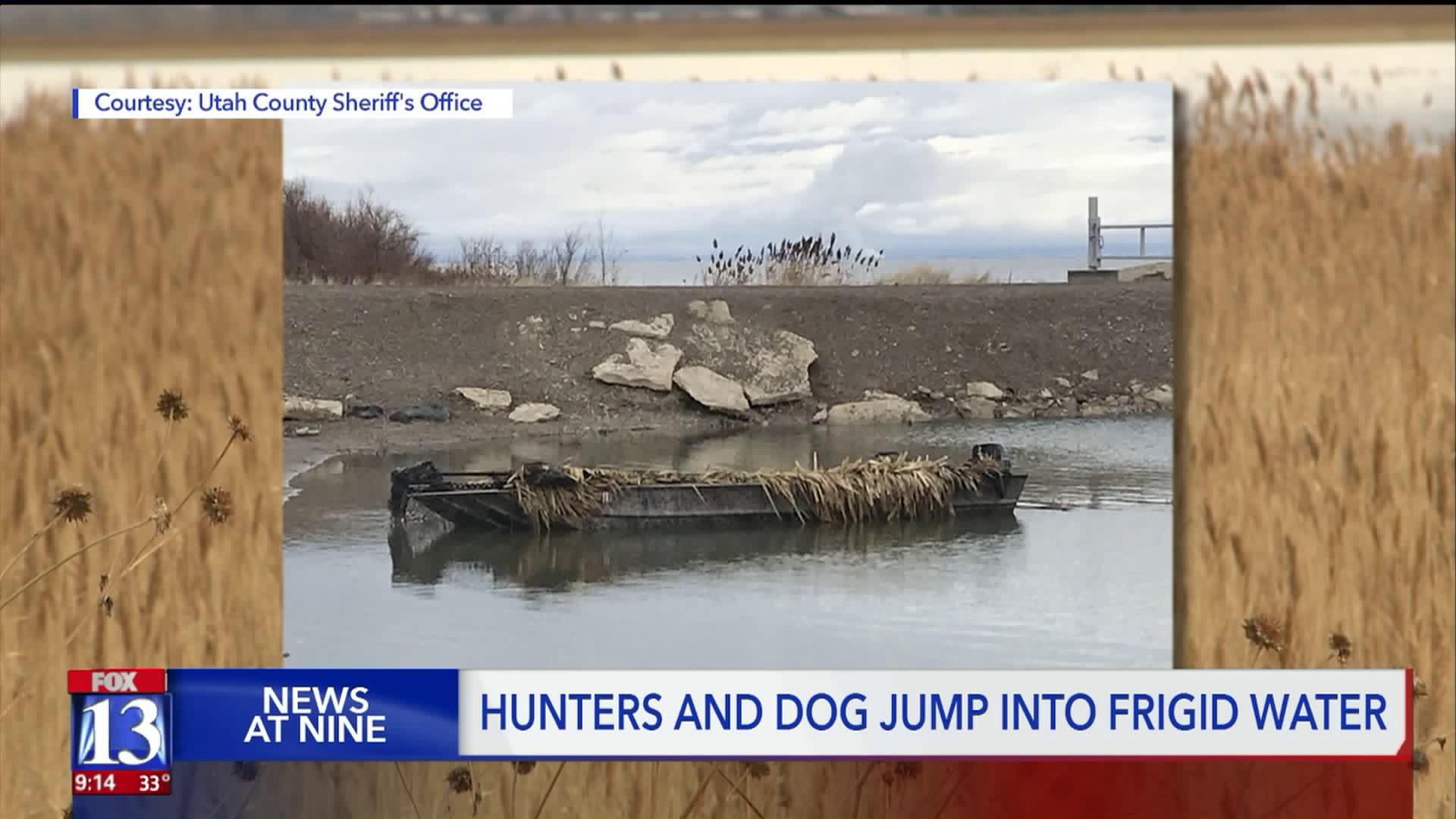 Three men and a dog are recovering after their boat was swamped in the high winds on Utah Lake on Sunday. 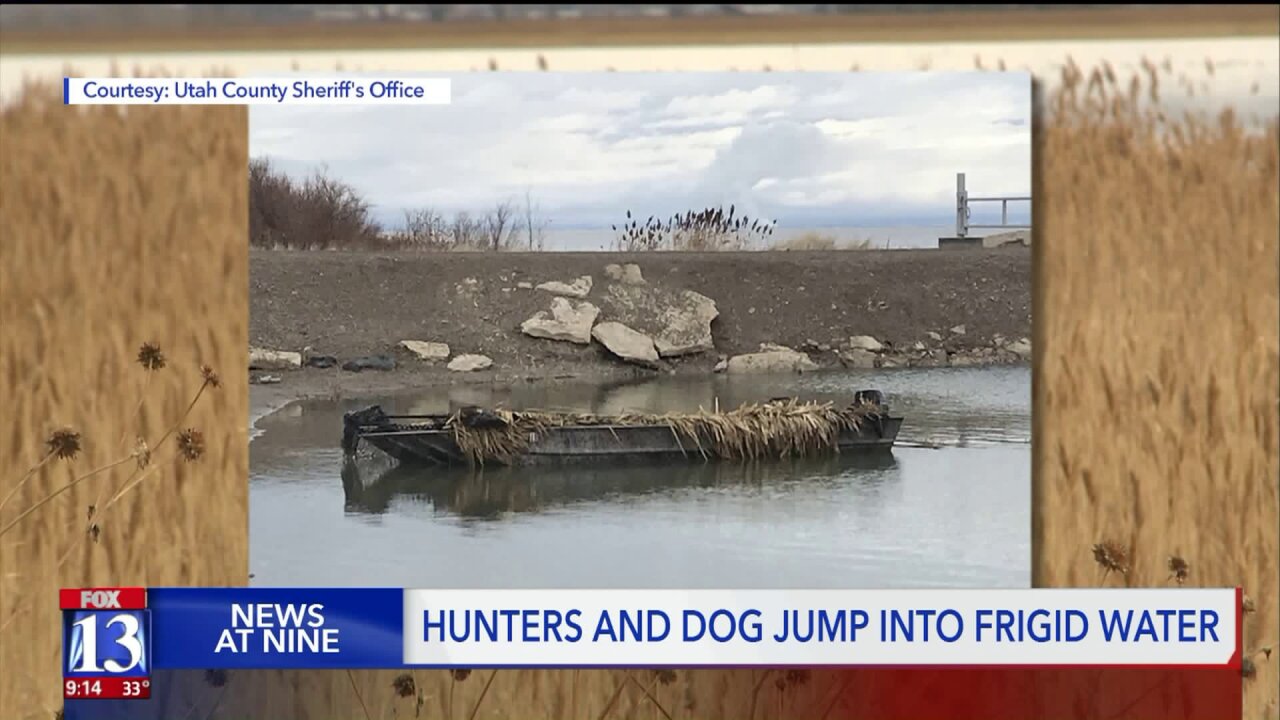 UTAH LAKE — Three men and a dog are recovering after their boat was swamped in the high winds on Utah Lake on Sunday.

The group jumped into the icy cold water 1,000 yards from shore, according to the Utah County Sheriff's Office, and had no choice but to walk in chest-deep water to safety.

The sheriff's office said Monday the men were duck hunting near Lincoln Beach. Sgt. Spencer Cannon said a hunter and his dog joined the other two men when the hunter's boat wasn't working.

The three men and dog took off from the dock and headed out about 1,000 yards.

"They were expecting to just toss decoys in and sit out there, wait until ducks the come along," Cannon said.

Instead, a storm came along. Winds picked up and hail began to fall.

"It was literally within just two minutes of when they realized it was going to be bad, before the waves got big and swamped their boat," Cannon said.

The three men and pup ditched the boat and jumped into the 36-degree water, far from the shore. Cannon said they were able to call 911. They began to dig through the phragmites while walking in 4- to 5-foot deep water, Cannon explained. The dog swam the whole time.

The threat of hypothermia stayed close underneath them. An hour later, the group along with the dog reached the shore. Cannon said a Payson ambulance was waiting, along with the sheriff's office to make sure the men were okay.

Cannon said they were cold but uninjured. One of the hunters had been wearing waders and managed to avoid getting too wet. The other two, he said, were wearing jeans. The dog was soaked.

"The owner of the dog said he's not always very outgoing with strangers, but when the dog got onto shore and the deputy opened up his passenger-side door of his patrol car, the dog jumped right in and curled up there on the passenger side floor," Cannon recounted. "He had the heater on full blast — the dog was pretty much enjoying that."

Cannon pointed out that the three men had life jackets and were wearing them, in case something happened. He said the group did everything they were supposed to -- except he did suggest anyone heading out to Utah Lake check the weather forecast ahead of time.

All things considered, he described how lucky the group was.

"36-degree water temperature for them to be in for an hour," Cannon said, "They really are fortunate to be doing as well as they can." 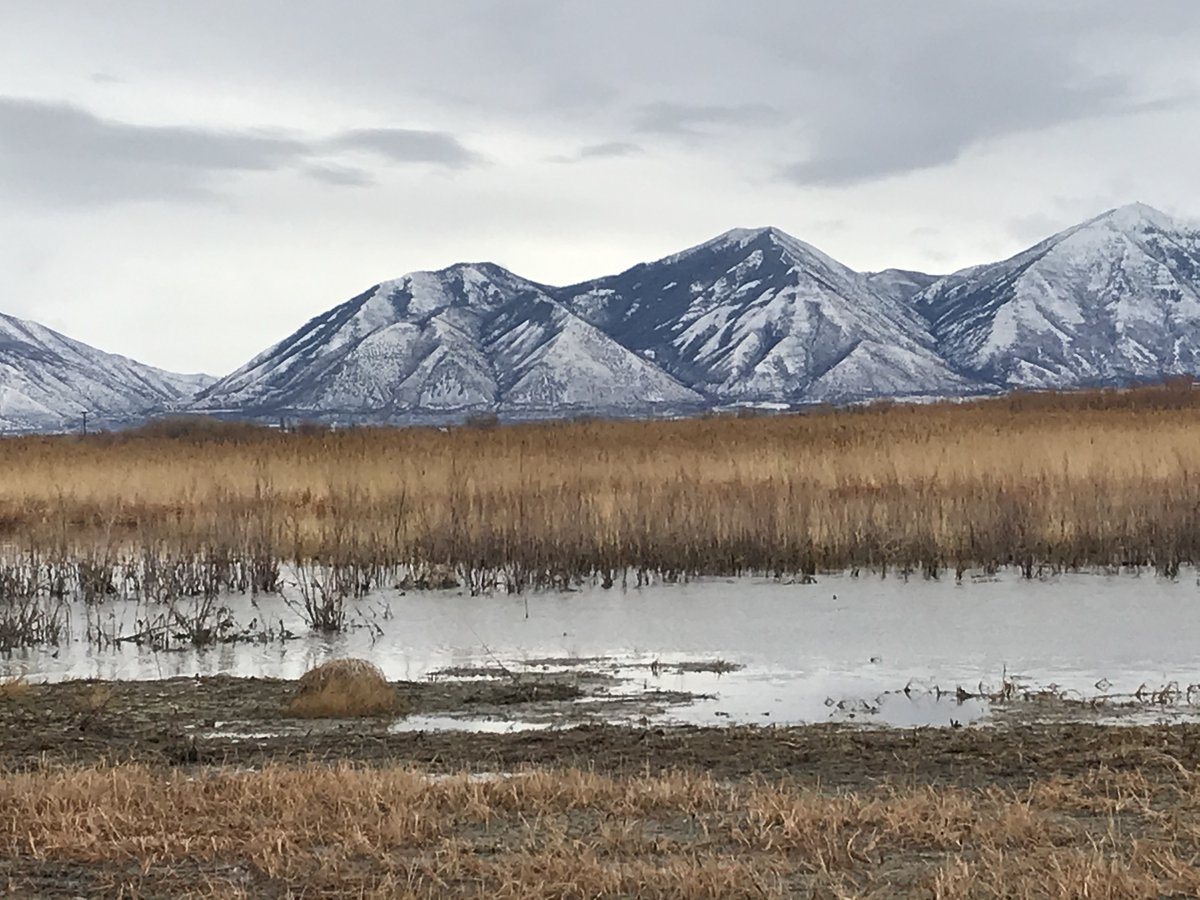