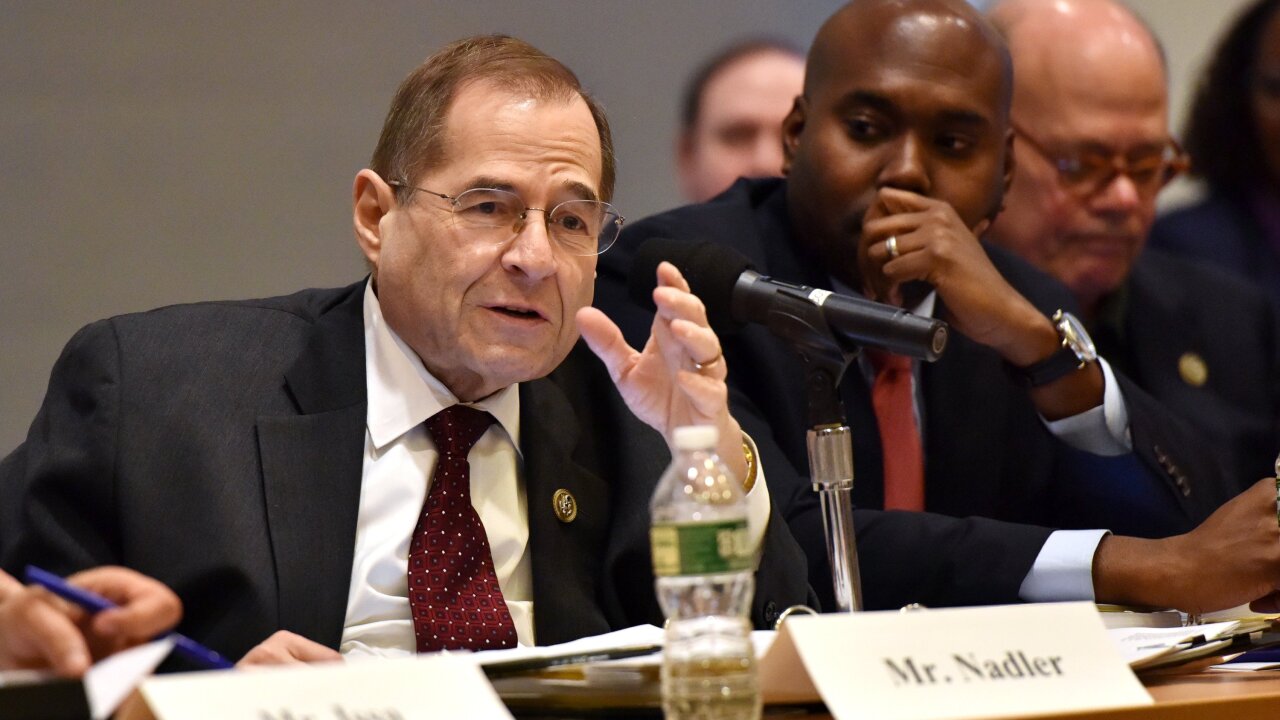 File image: Rep. Jerrold Nadler, is the chairperson of the U.S. House Committee on the Judiciary.

The protester, an unidentified bearded man, shouted that Democrats are “committing treason.” The protester appeared to accuse Rep. Nadler of treason.

The man said that America has had enough of the “impeachment sham.”

Security guards quickly led the protester out of hearing.

As he left the room, he could be heard saying, “Trump is innocent.”

After the protester was removed, Rep. Nadler reminded those present that the audience is not permitted to express agreement or disagreement with anything said by the committee or the witnesses.