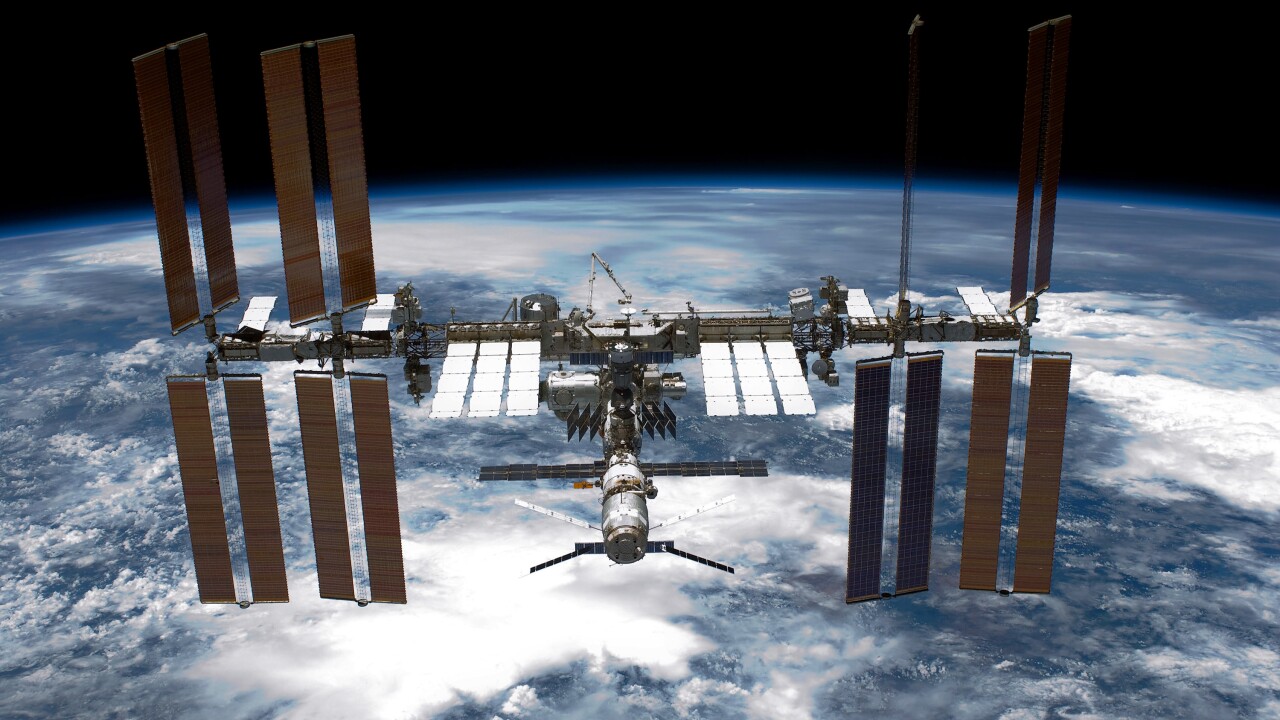 SpaceX’s Dragon capsule successfully docked with the International Space Station on Dec. 12, 2019, NASA said. Dragon was loaded with 5,700 pounds of cargo when it arrived at the orbiting space hub. The cargo includes supplies for the crew living at the space station, spacewalk and science equipment. Source: NASA/Getty Images North America/Getty Images

Dragon was loaded with 5,700 pounds of cargo when it arrived at the orbiting space hub. The cargo includes supplies for the crew living at the space station, spacewalk and science equipment.

The research supplies will support a number of experiments, like a study of malting barley in microgravity to help adapt it for use on long-duration spaceflights and a study of how fire behaves in space.

The Dragon capsule also contains a group of genetically enhanced “mighty mice” that will help scientists understand how to limit muscle and bone loss in humans while they’re in space.

Packed among all the supplies and research equipment is a friendly robot dubbed CIMON-2.

CIMON-2 is the next generation of the Crew Interactive Mobile Companion. The robot was built by Airbus at the German Aerospace Center and uses IBM artificial intelligence based on Watson technology. It’s designed for human interaction and to help the astronauts with tasks as it autonomously navigates around the European Columbus research module on the space station.

Dragon was launched into space Thursday from Cape Canaveral, Florida, aboard the Falcon 9 rocket.

All but one of SpaceX’s resupply missions so far have gone smoothly: a SpaceX Falcon rocket exploded on the seventh such mission, in 2015.

The company is signed up to continue resupply missions through 2024. And a new version of SpaceX’s Dragon spacecraft, called Crew Dragon, could soon be ready to fly astronauts in what will be SpaceX’s first-ever missions with people on board.