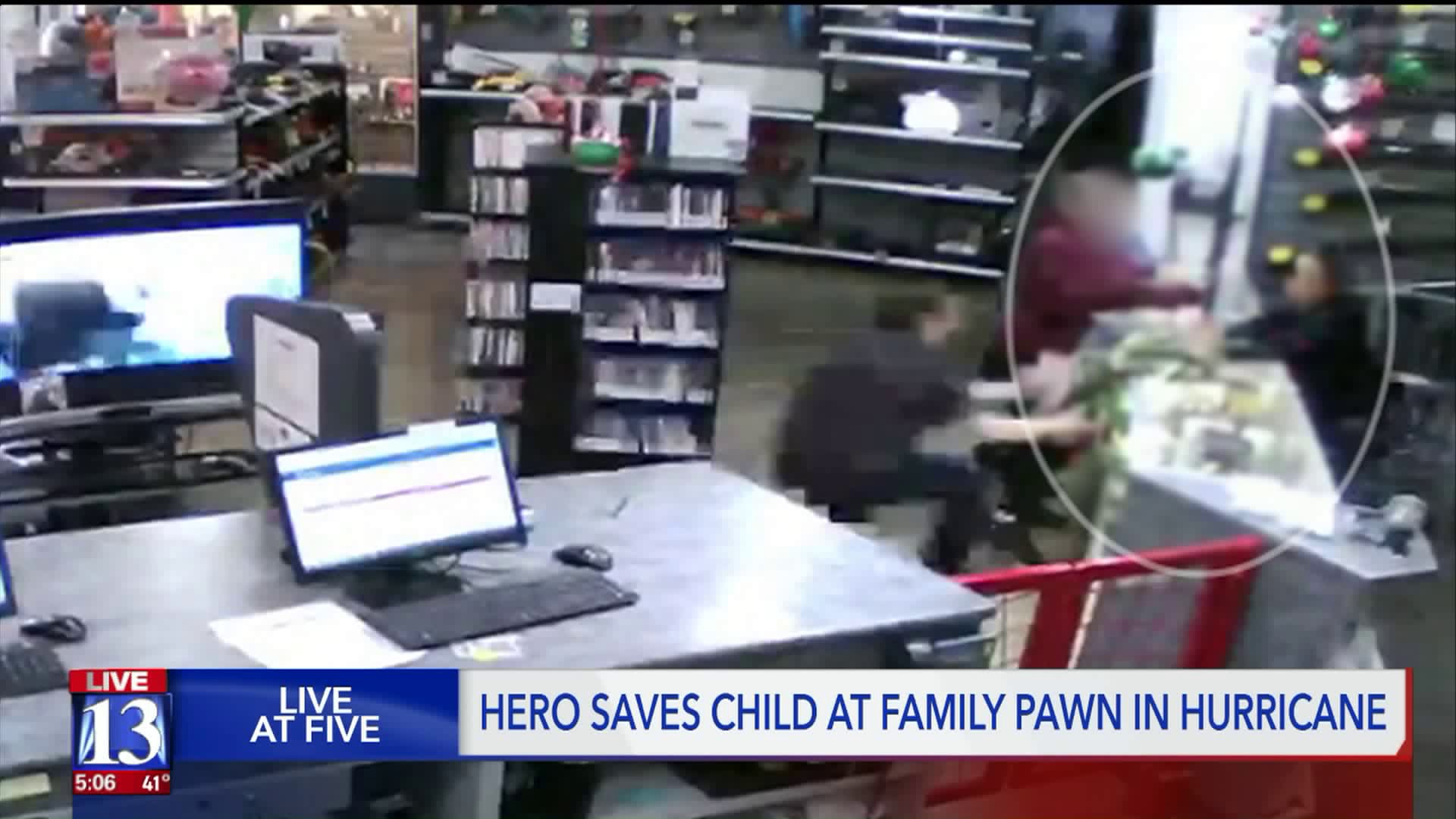 Surveillance video from inside a pawn shop shows a store employee saving a child from what could have been a dangerous tumble. 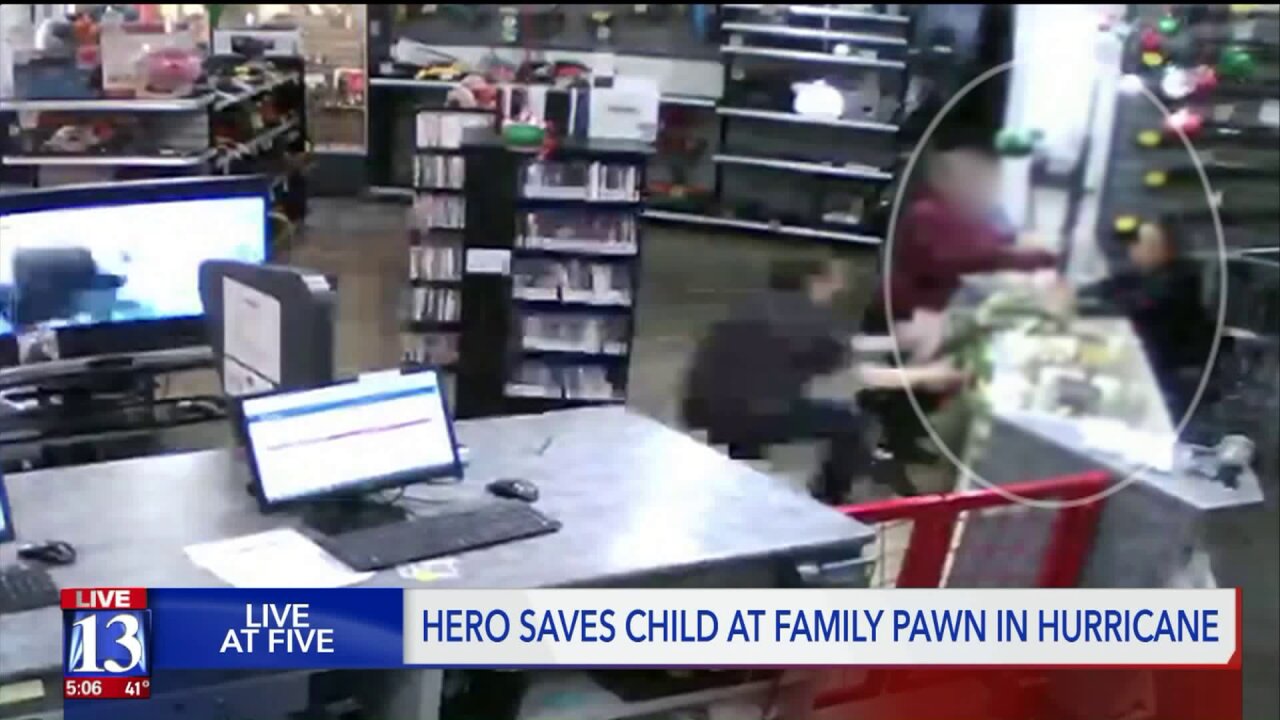 HURRICANE, Utah — Surveillance video from inside a pawn shop shows a store employee saving a child from what could have been a dangerous tumble.

Saturday afternoon, two adult women were shopping for a firearm inside Family Pawn.

As they were looking over a gun, one of the women placed a young child on the store’s counter. The child then lost its balance and started to fall toward the floor.

Luckily, store manager Bill Reel was standing a few feet away and noticed the child in the dangerous situation.

“I reacted, probably within an 8th of a second,” Reel said. “I saw the baby bob just enough to show me that it could barely hold itself up and I just ran toward it.”

The video shows Reel catching the child a few feet before hitting the ground.

“There is no doubt that would have been a serious injury, if not a brain injury as well,” Reel said. “It was going headfirst into the concrete.”

Reel estimates the baby was about seven months old. He was unsure if the child was a boy or a girl. He is happy he was in the right place at the right time.

“I held the baby for a second or two and just collected my own thoughts and realized we avoided disaster there,” Reel said.

Reel, who himself is a father of four children, hopes this serves as an example to parents that every young child always needs to be in the shadow of a watchful eye.

“I think life is precious and being a parent is hard enough. I would suggest parents just be careful,” Reel said.