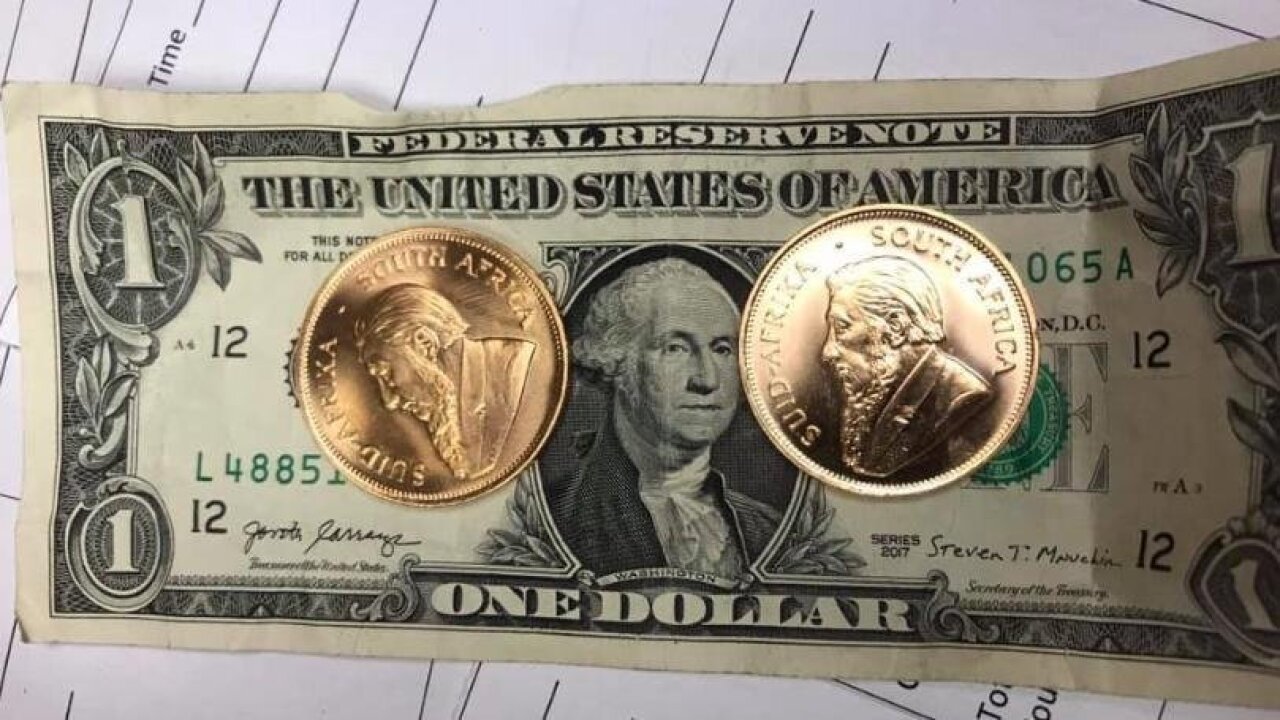 BAY CITY, Mich. (WJRT) — The Salvation Army of Bay County, Michigan took a big step toward its annual red kettle campaign goal with a pair of gold coins this week.

An anonymous donor dropped two gold Krugerrands into the red kettle outside the Kroger on Euclid Avenue in Bay City. They were wrapped inside a dollar bill to conceal them.

Krugerrands are made from an ounce of pure gold in South Africa. Similar coins donated to the Salvation Army have netted more than $1,000 apiece in past years.

The red kettles will be out until Christmas Eve collected money to pay for a variety of Salvation Army programs that take place all year.