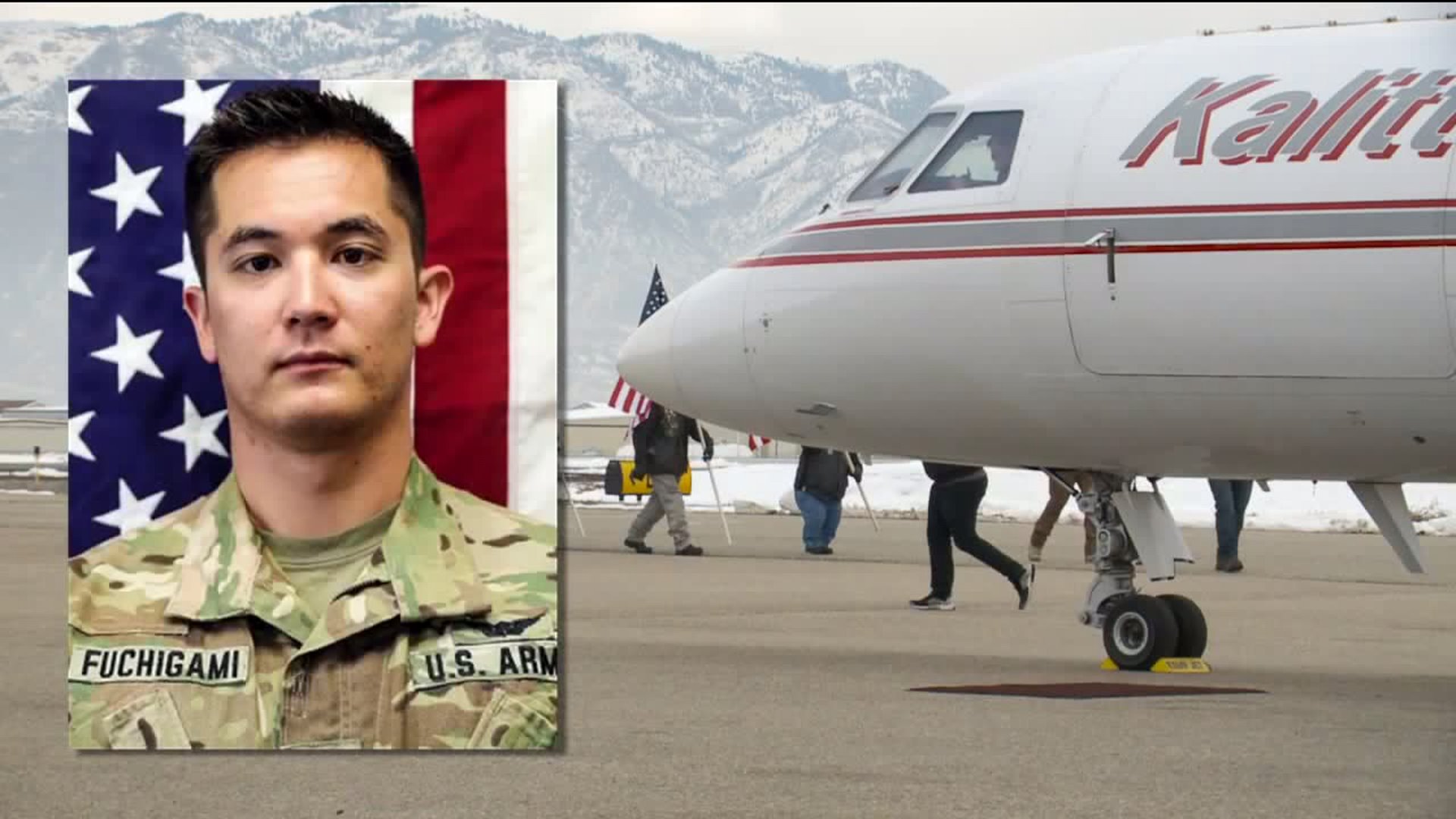 Chief Warrant II Kirk T. Fuchigami arrived home Saturday, after he was killed on a deployment in Afghanistan. 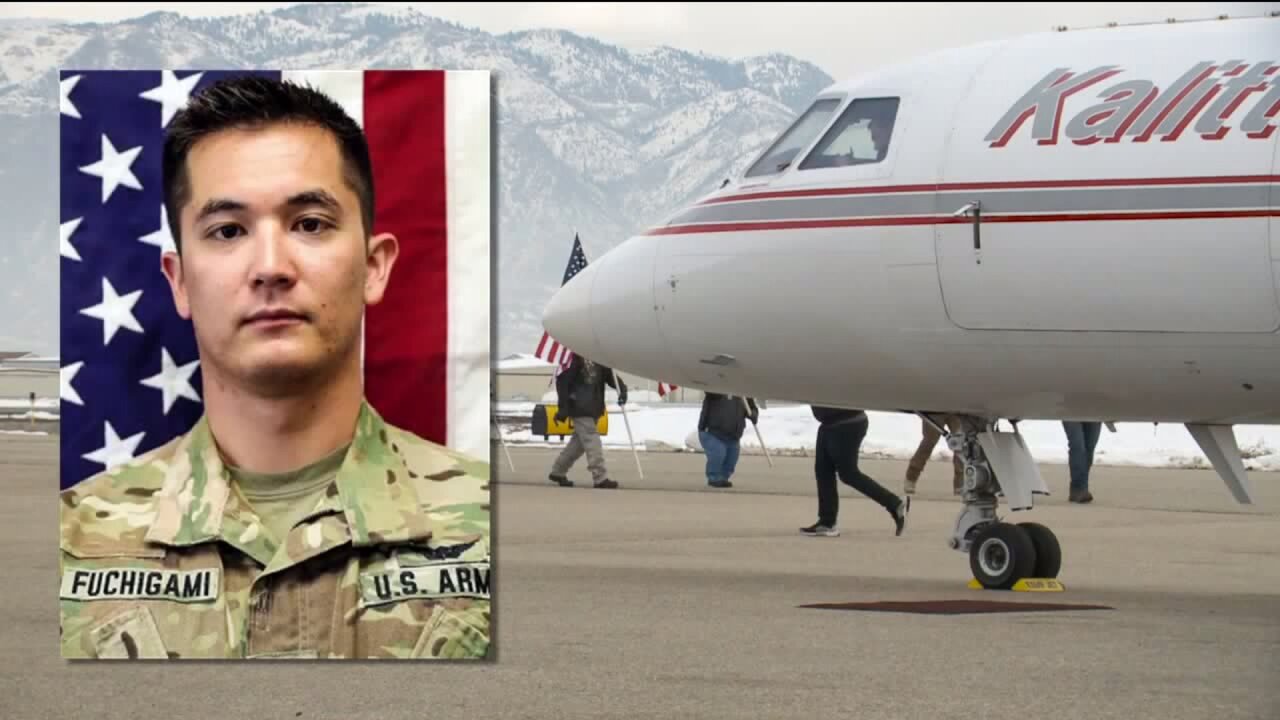 OGDEN, Utah — A U.S. Army pilot who was killed in a helicopter crash has been returned to Utah to be laid to rest.

Fuchigami, 25, is from Hawaii but will be buried in Brigham City; his wife McKenzie Norman Fuchigami is from the area.

Melissa Norman, his sister-in-law, said the family is doing well, but it’s been a roller coaster of emotions for them.

“Takeshi is just one of those loveable guys, that when you saw him you got a smile on your face,” she said.

Fuchigami was on his first deployment to Afghanistan flying Apache helicopters.

Maj. D.J. Gibb with the Utah National Guard said they wanted to honor Fuchigami, even though not all of them knew him personally.

“He was a pilot that trained with some of our pilots,” Gibb said. “Anytime somebody has made the ultimate sacrifice for our country, we take that very seriously and we give them full military honors as much as we can.”

Accompanying Fuchigami home in the plane was his brother-in-law, who flies Blackhawks for the U.S. military.

Having the military and family present for his dignified transfer at the Ogden Airport was touching for Norman.

A procession took Fuchigami to Brigham City.  His viewing will be held Sunday from 4-7 p.m. at The Church of Jesus Christ of Latter-day Saints meetinghouse at 895 N. 625 West. His funeral will be held Monday at 11 a.m. at the same church building. His wife wrote in a Facebook post that anyone who wishes to pay their respects are welcome.

Residents are also invited to show support by lining the streets as the funeral procession passes. His casket will be transported from the church to the cemetery at about 12:30 p.m., traveling on 500 West, 600 North, Main Street, 200 South and 300 East before arriving at the cemetery.