UHP finds 40+ pounds of meth, heroin, fentanyl in pair of cars traveling together 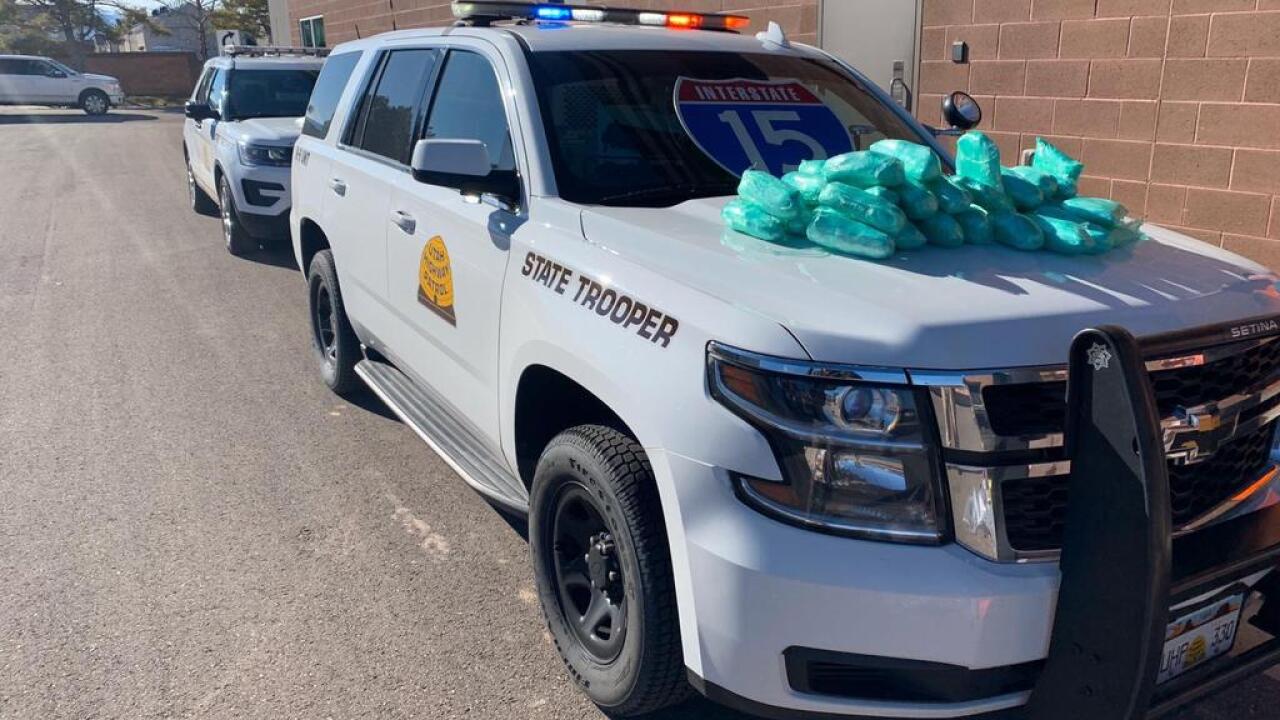 Troopers stopped two cars traveling together on northbound Interstate 15 near Cedar City at about 10:30 a.m. for equipment violations, UHP said. A K9 was brought in and was alerted to the odor of narcotics, leading to a search of the vehicles uncovering 40 pounds of methamphetamine in one car. Heroin and fentanyl pills were found in the other car.

No suspects were named.