‘It’s a good year to be a fan’: Ute fans ready for big game 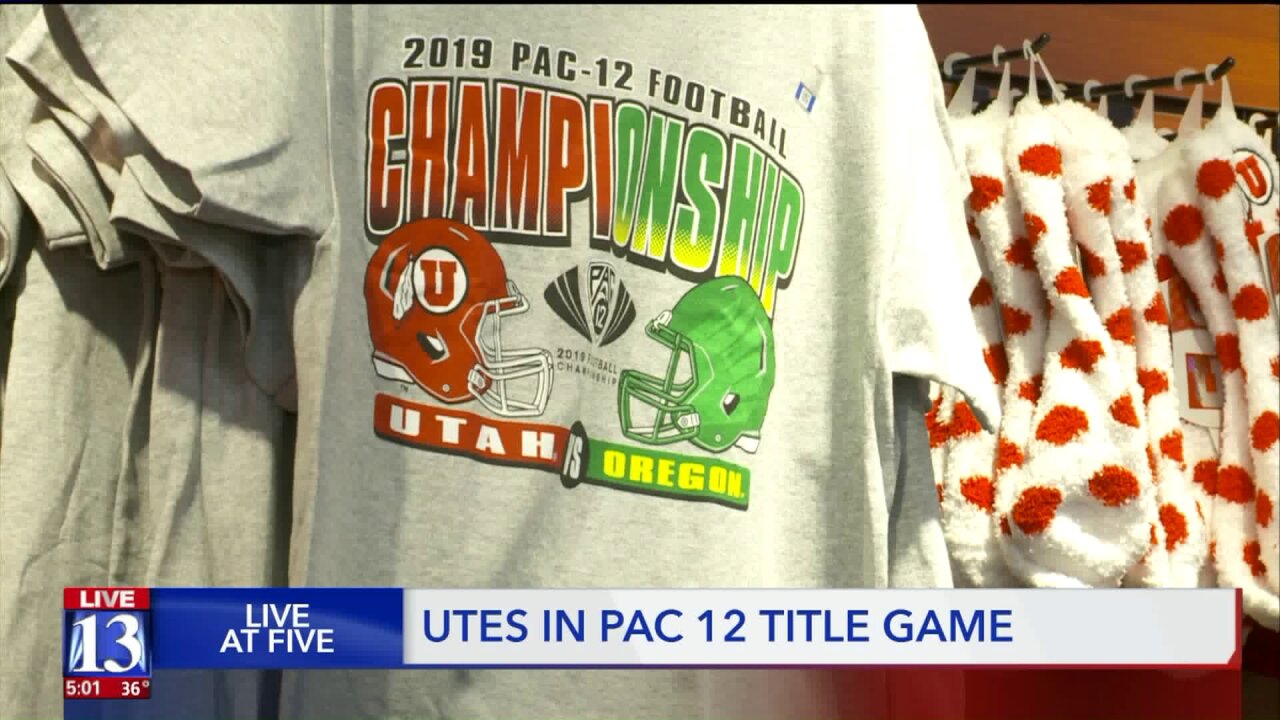 SALT LAKE CITY — The University of Utah Utes are taking on the University of Oregon Ducks Friday night for the Pac 12 Championship title. Only one team can walk away a winner.

Many fans spent the day at the Univerisity of Utah Red Zone campus shop gearing up for the game.

“I’ve got a lot of confidence tonight," Greg Young said. Young has been a fan his entire life. He met his wife while attending the U.

“They’ve had some great seasons but boy, this year they are beating up on teams good," he said.

The Utes have a good chance of winning, if you ask Sam Flygare. He watches college football every Saturday.

“It’s the best year to be a fan. This is the best team I’ve seen since Alex Smith," he said.

The campus store was packed with people all week getting extra gear for the big game, Athena Schwartz said.

“It’s been pretty crazy, but it's a good crazy though. We like it when it’s crazy," she said.

Now, only time will tell who will walk away a winner.