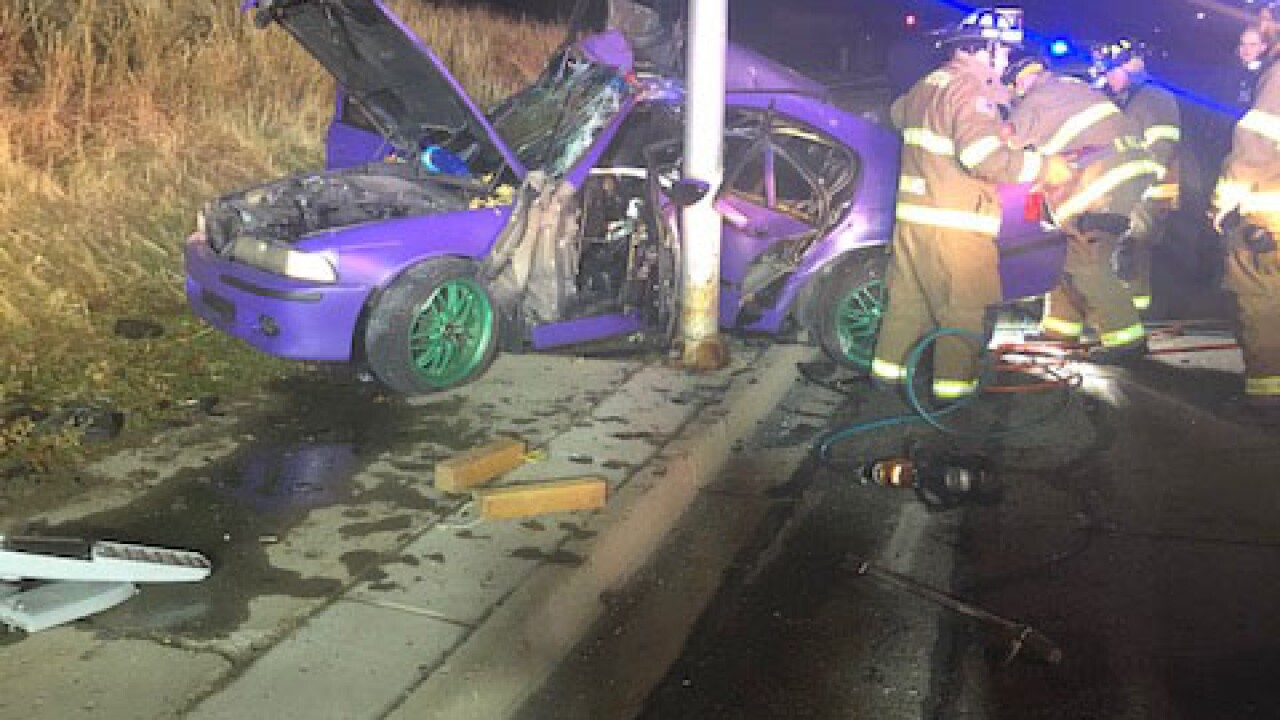 A man died a short time after crashing into a light/power pole on Dec. 5, 2019. (Payson Police Department)

One man is dead following a car accident in Payson, police say.

Payson arrived on scene near 800 S Main in Payson to respond to a traffic accident just before midnight on Thursday.

A vehicle appeared to have struck a light/power pole, according to Sergeant Noemi Sandoval.

Payson Fire and Rescue extricated the driver from the severely damaged car.

He later died as a result of his injuries.

He was also transported to the hospital.

The police say it appears, according to preliminary observations, that impairment was not a factor.

Speed does appear to have been a factor in the crash, according to Sgt. Sandoval.

The police are withholding the identities of the two men pending notification of their families.