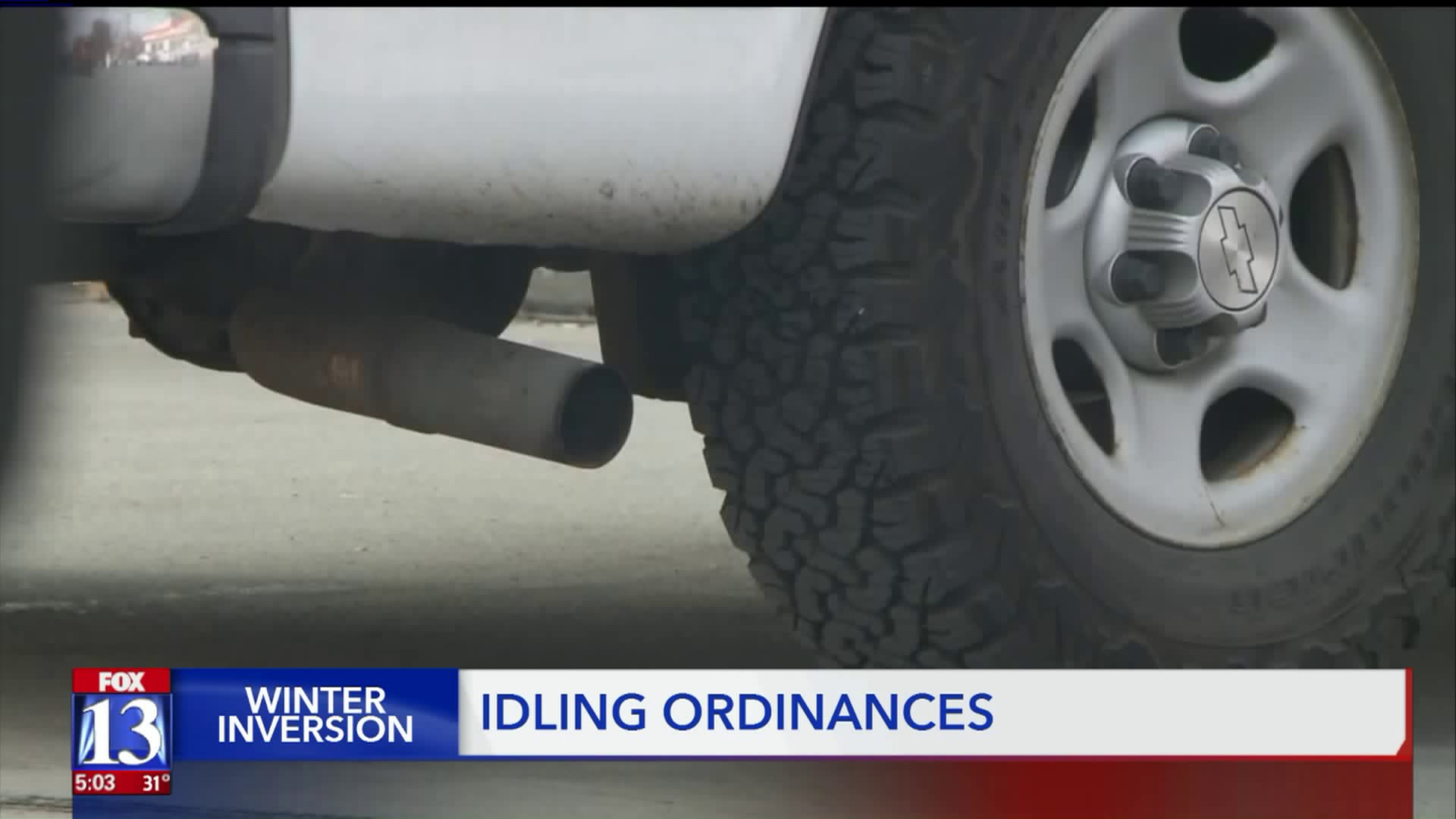 Ordinances are in place to help reduce car emissions, but are they being enforced? 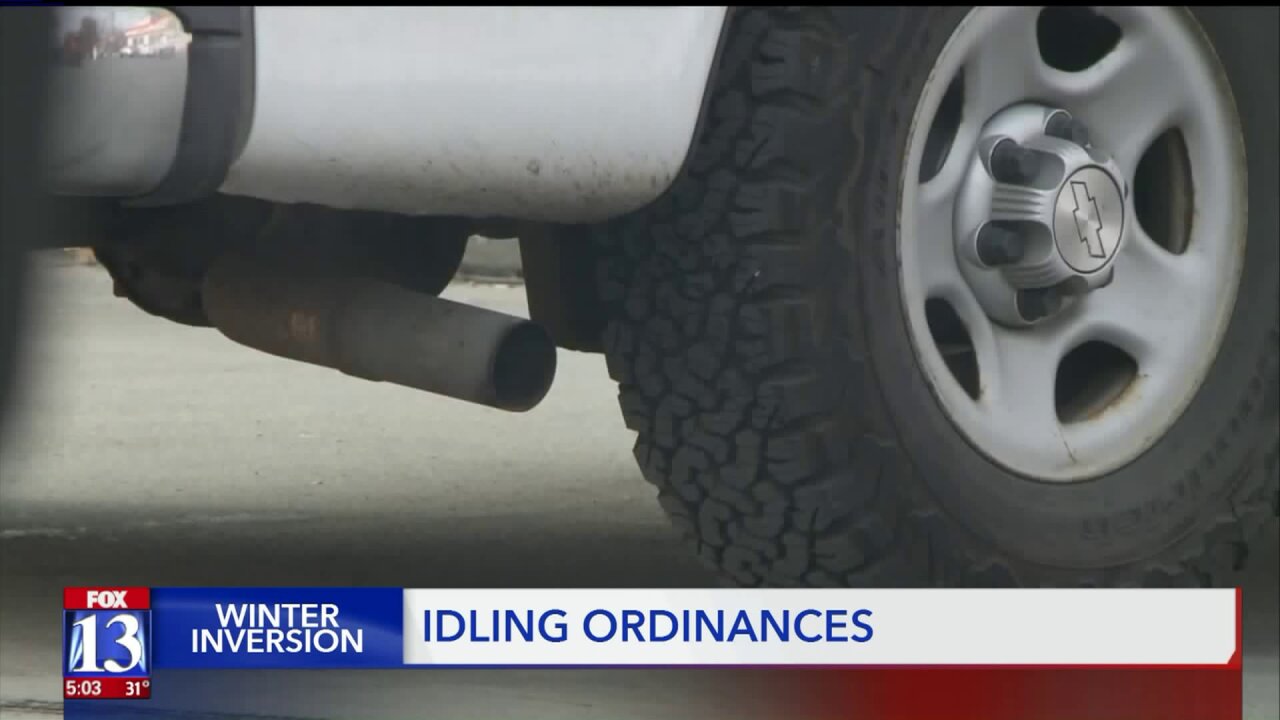 SALT LAKE CITY, Utah — As the winter inversion settles in, the most impactful action Utahns can take to improve air quality is to stop idling vehicles.

For many cities in Salt Lake County, running your car while parked is illegal, yet rarely enforced.

The air was so bad Wednesday, Webb feels the effects after a short walk.

"I am very aware of the sore throat that I have,” Webb said.

Car emissions make up nearly half the pollution in the air this week. Yet, FOX 13 found many people still running their engine while parked.

It is illegal to idle longer than two minutes in Salt Lake City. Yet at a fast-food drive-thru on 200 East, we found cars idling for more than six minutes over the lunch hour.

While Salt Lake City is the most aggressive toward idling violations, it’s unlikely drivers will be cited there or anywhere else in the county.

“I get frustrated when I just see people sitting in their cars. I would like to have a stack of those ‘Be Idle Free’ stickers and just slap them on their windshield,” Webb said.

FOX13’s Newsgathering partner, The Salt Lake Tribune found only one citation was issued over the past ten months in six cities with anti-idling ordinances. The ticket from Sandy City was later voided.

While enforcement remains a challenge for cities, Miller said public education rather than punishment was the goal.

“We all need to take responsibility for the emissions that we are putting into the air,” Miller said.

By law, cities can issue a fine for idling after one warning. The punishment for doing so is $15 in Salt Lake City.