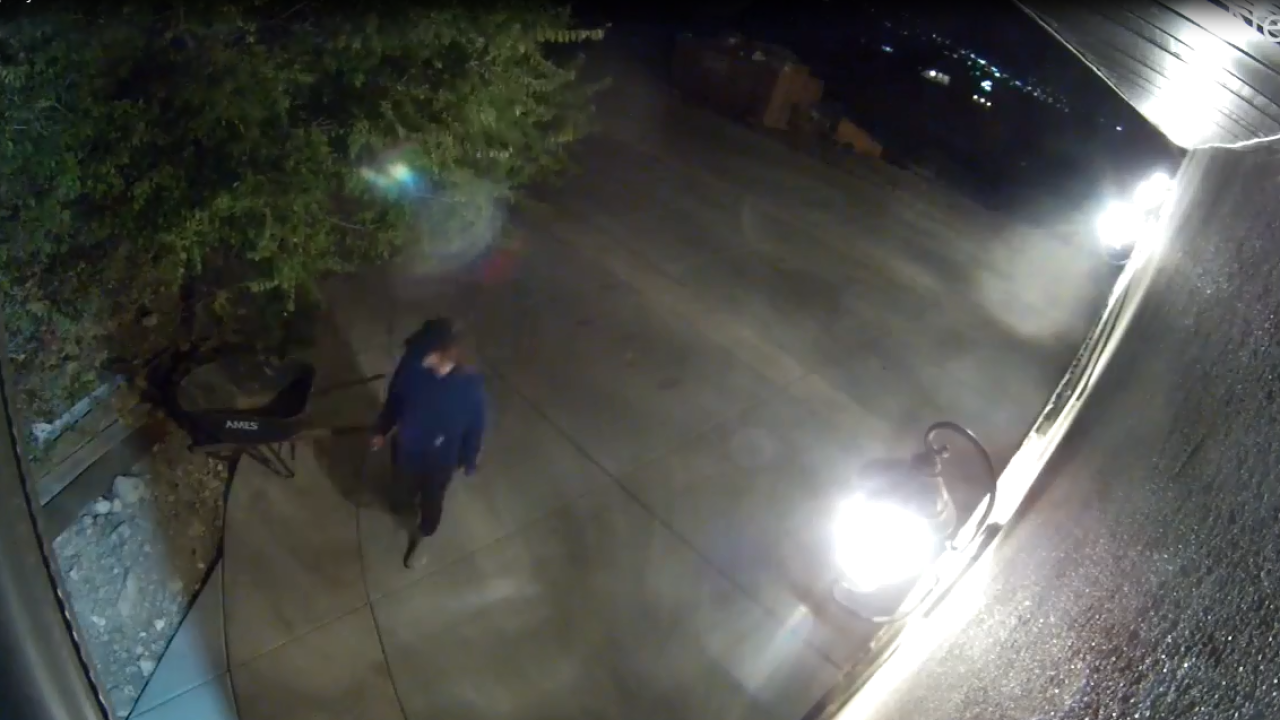 ELK RIDGE, Utah— The Utah County Sheriff’s Office is looking for a man who allegedly burglarized a home under construction in Elk Ridge.

According to UCSO, the man brought along a dog companion as he took power tools from a home.

In a video tweeted out by UCSO Public Information Officer, Spencer Cannon, the suspect can be seen walking in and out of the home with a chop saw, hammer drill and a full gas can.

He brought his dog along to burglarize this home under construction in Elk Ridge. The dog looks like a German Shepherd but the tail looks like a Husky. This person casually walked in and out of a garage stealing power tools. If you know who it is call @UCSO, (801)851-4010 (1/2) pic.twitter.com/CF9PteerIF