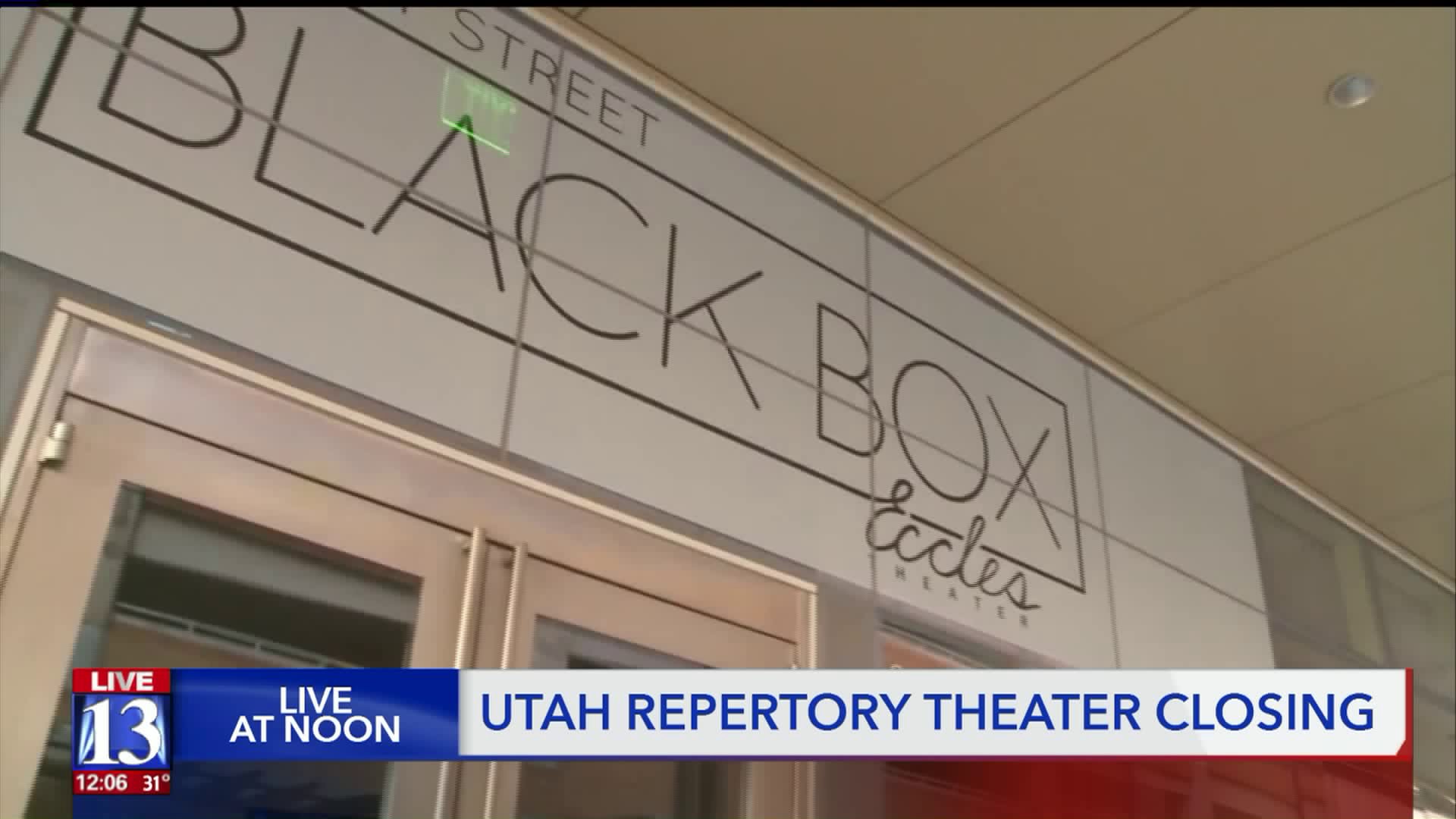 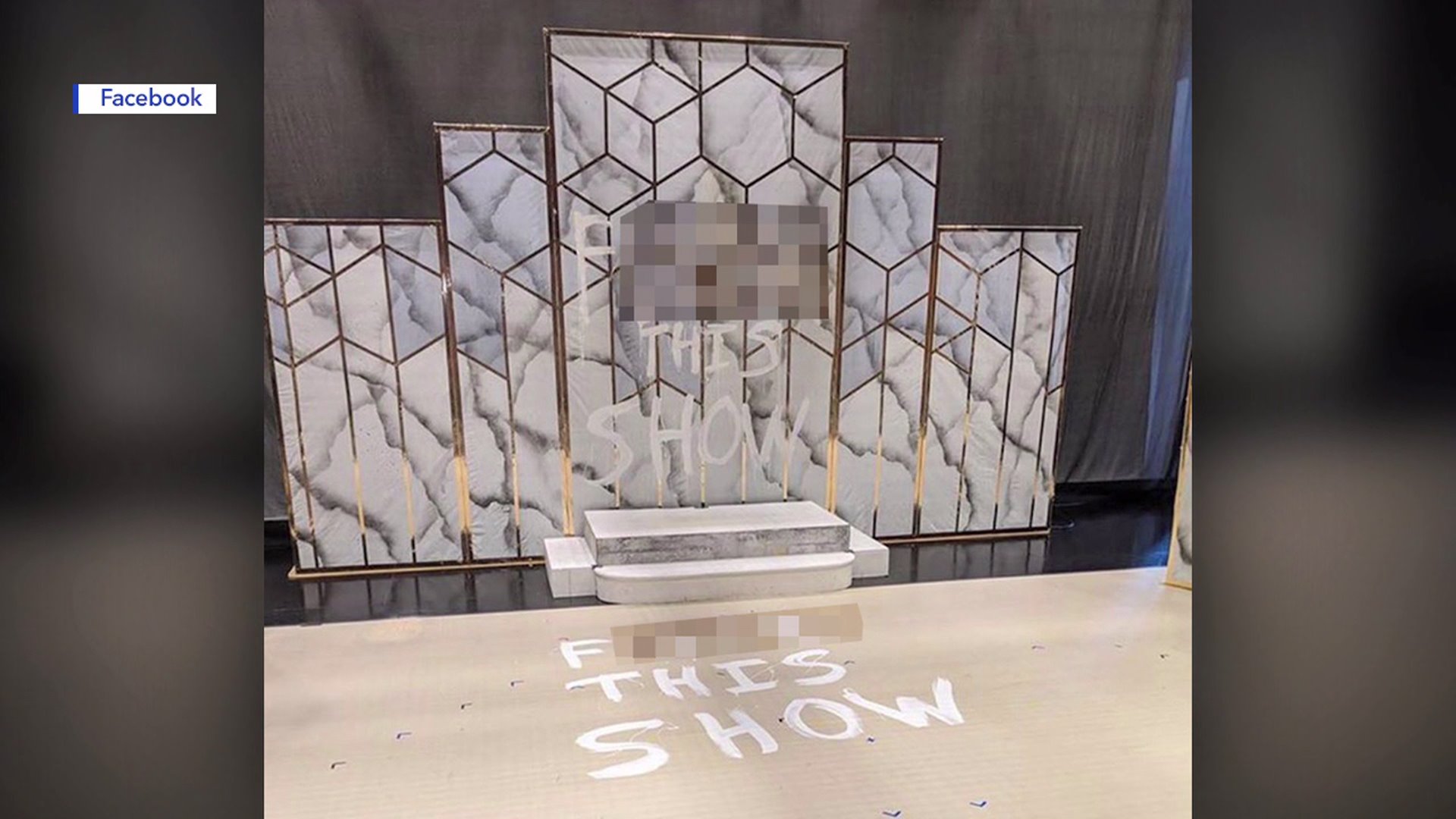 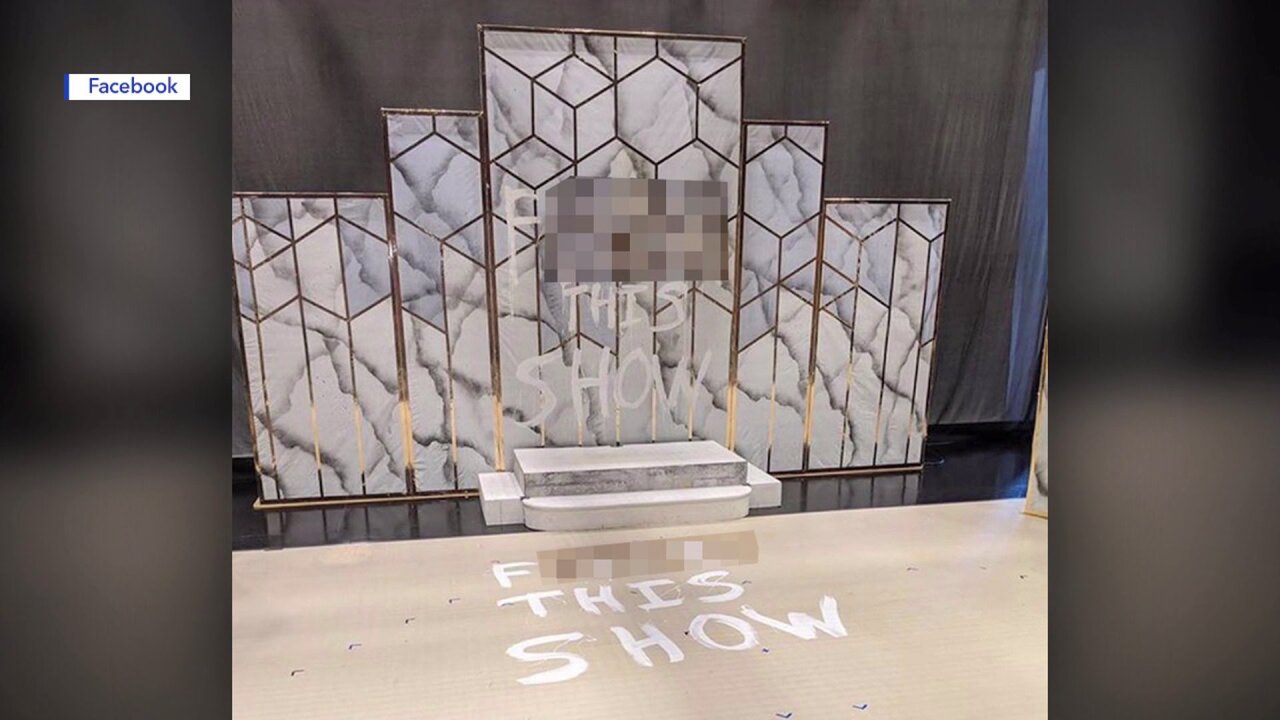 SALT LAKE CITY — Utah Repertory Theater is closing its doors after seven years of productions, the theater company announced Monday. The closure comes after an apparent incident of vandalism on the set of the company's latest musical, followed by allegations of cast member mistreatment.

The show, 'American Psycho: The Musical' was set to open at the Regent Street Black Box at the Eccles Theater last weekend.

"The company's plan to present 'American Psycho: The Musical' unfortunately will not be produced following a cast decision to end the staging," a statement from the company said. "Utah Repertory Theater Company is closing its doors and ceasing production."

Pictures posted on social media show the phrase "F--- this show," painted in large white letters on the wall of the set, as well as on the stage. According to social media postings, the vandalism was discovered Saturday, the day the show was supposed to open.

A lengthy Facebook post by former cast member Ryon Sharette identifies himself as the person who painted the phrases. He wrote that he meant it as a nonviolent protest.

His post makes allegations of safety issues with the production of 'American Psycho,' mistreatment of cast members, and sexual harassment and assault within the theater company.

"I’m not a disgruntled employee who vandalized property on the way out the door," Sharette said, in his post. "I’m a person who was tired of a company’s abuses against his castmates and was trying to make a very precise amount of trouble to stop the abuses."

Sharette's manifesto sparked a fiery backlash against the Utah Repertory Theater Company on social media, and led to others making posts of their own in solidarity with Sharette. One person started a fundraising campaign to support the actors who are no longer part of the called-off production.

Some of the actors involved in 'American Psycho' said they staged a walkout of the show.

Former stage manager and cast member Dallon Thorup said he tried to speak up several times about the safety issues on the set, but he said safety wasn't taking top priority.

"We need to be safe, number one. Everyone needs to be safe," he said, in an interview with Fox 13. "That was a huge concern, was the safety. And it was being completely overlooked."

Thorup mentioned that multiple cast members left the show throughout the rehearsal process, leading up to opening night. As soon as Sharette announced he was resigning, Thorup said he immediately followed suit.

"None of us condone the vandalism," Thorup said. "But we understand the reasoning behind it. And at this point, if it didn’t happen the way it did, the outcome probably wouldn’t be where it is today."

He said he was shocked to see the announcement that not only was 'American Psycho' being cancelled, the whole company was shutting down.

JC Carter, spokesperson for the Utah Repertory Theater Company, spoke to Fox 13 on the phone Tuesday about the company's closure. He said the, "court of public opinion has met and adjourned," and that they stand by their statement (printed below).

Carter responded to the allegations, saying that he reviewed all the fight choreography and saw nothing that was unsafe with 'American Psycho.'

He said no one has come forward with accusations of sexual assault during Utah Repertory Theater Company productions, and that they would take any accusation seriously should someone come forward.

Carter said he regrets if any action caused discomfort for the cast of 'American Psycho,' and that he wishes them the best in all their future endeavors. Carter explained how they had a full season planned for 2020, which has now been cancelled with the theater company's closure.

Salt Lake City Police confirmed an investigation into the vandalism report of paint on the set. SLC PD said they wrote a citation for criminal mischief.

Here is the full statement from Utah Repertory Theater Company, which is also posted on their website:

After seven years, starting with the hailed 2012 production of “Side Show,” and including acclaimed Utah premieres of  “Bonnie & Clyde,” “Grace,” “Bare,” “[title of show],” “Ordinary Days,” “Heathers: The Musical,” “The Other Place,” “The Bridges of Madison County,” “Straight,” “Afterglow” and its recent co-production with Utah Valley University's Noorda Theater of “Sweeney Todd,” starring Jeff McCarthy and Jacquelyne Jones, Utah Repertory Theater Company is closing its doors and ceasing production.

Utah Rep is grateful to all of the casts and production teams who made each of the company's productions of more than 30 shows successful, and also to the audiences who supported the company mission to bring adventuresome shows with a powerful message to the Utah stage.

The company's plan to present “American Psycho: The Musical” unfortunately will not be produced following a cast decision to end the staging. All patrons who purchased tickets should contact ArtTix for a full refund.

Utah Rep is proud of the productions it was able to bring to the various stages in Utah, and gladly support all future companies who wish to do the same.

Thorup explained that the whole situation has started a conversation on actor safety and needs.

"They need to be treated fairly and equally. And that discussion hasn’t happened, and it’s needed to happen for such a long time," he said. "So many people are taking notice of it, that I feel like it’s something that is going to have a positive impact with, hopefully, many theater companies in the valley. Hopefully the state."