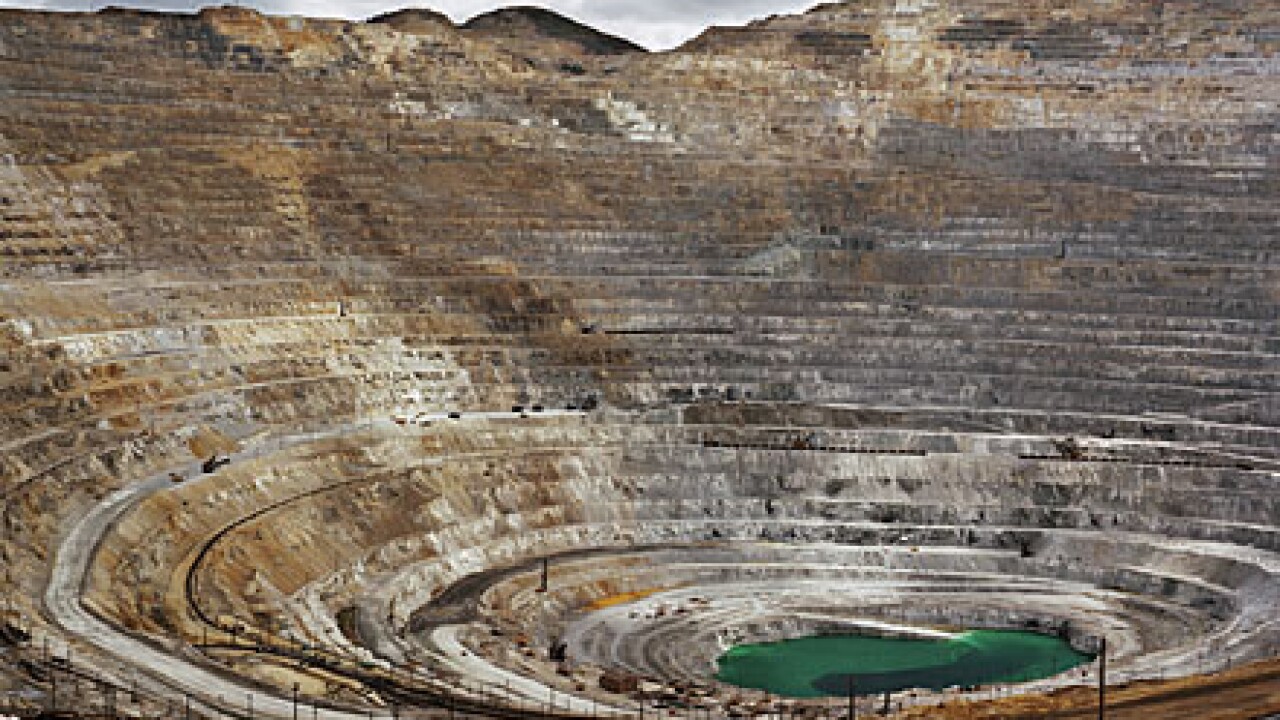 FILE: Kennecott’s copper mine in Utah.

SALT LAKE CITY — Rio Tinto is investing $1.5 billion into the Kennecott Copper Mine.

The mining company made the announcement on Tuesday.

The investment will allow the mine to remain in production to 2032.

The company will also mine into Kennecott’s south wall.

The south wall operation is expected to produce close to one million tonnes of refined copper.

Gov. Gary Herbert says he is grateful that Rio Tinto is continuing to invest in the state.

“This significant investment will continue to fuel economic growth and employment for many years,” Gov. Herbert says.