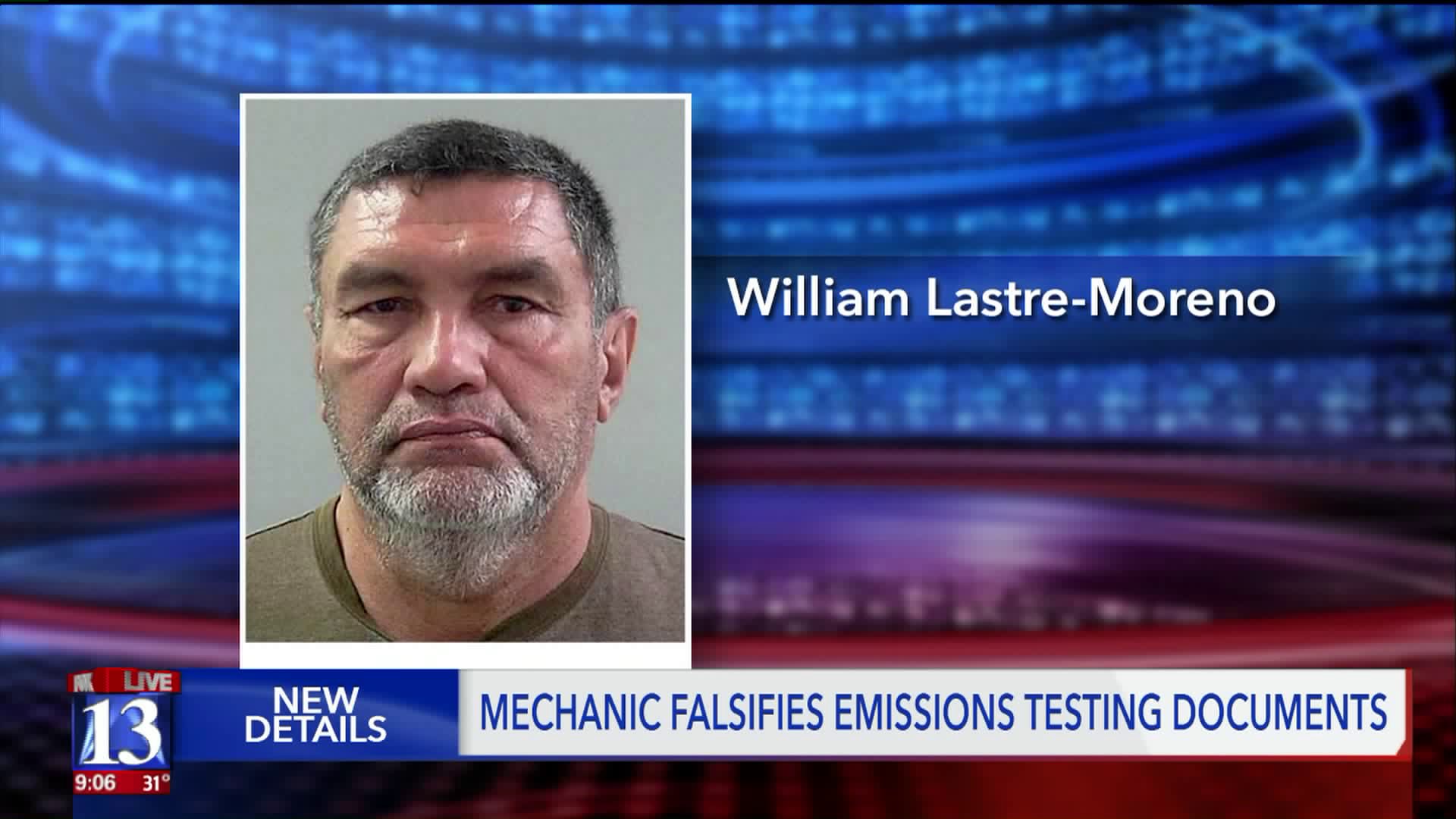 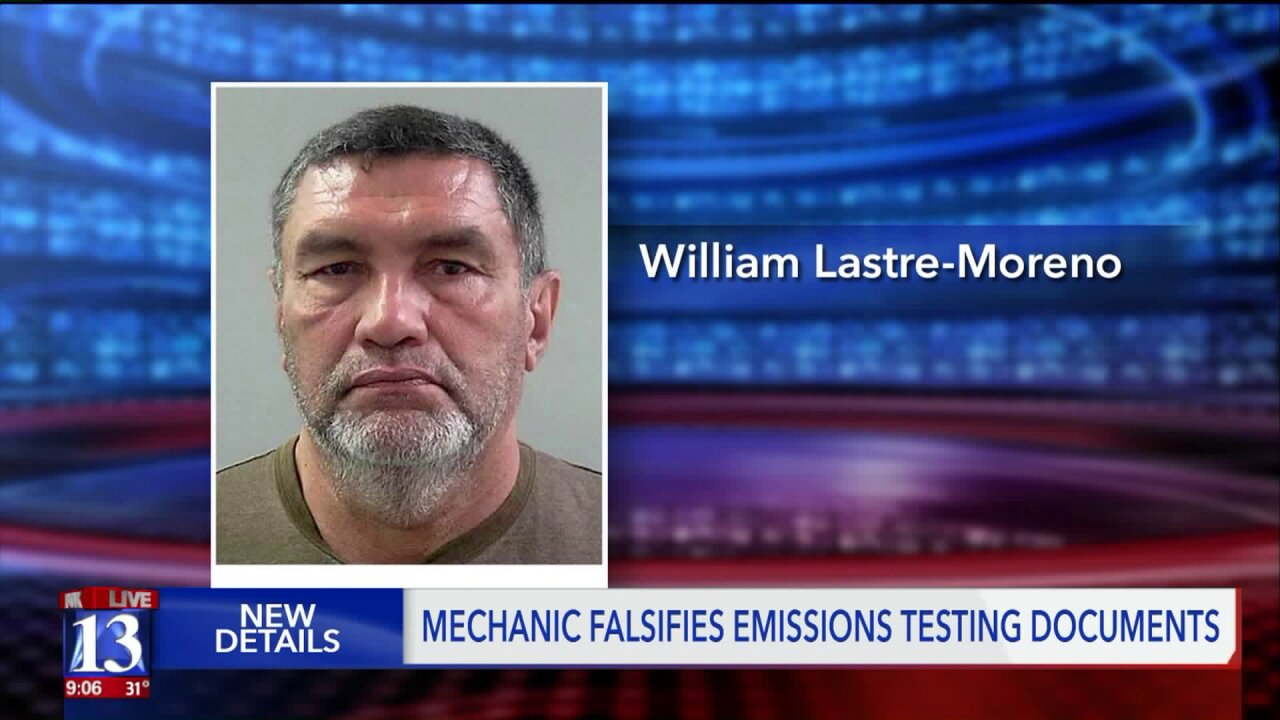 According to a probable cause statement obtained by FOX 13, William Cesar Lastre-Moreno had provided emissions certificate numbers and other documents to the Weber-Morgan Health Department that he claimed he had received from motorists, but the vehicle owners denied they had provided the documents to him.

“Many times, the issues that come up are handled on a local level and in a civil proceeding rather than a criminal proceeding. This one was just egregious enough,” said Brian Cowan, Health Services Administrator at Weber-Morgan Health Department.

Court documents state approximately 93 duplicate emissions certificate numbers had been used to register more than 200 vehicles at 40th Street Auto L.L.C, also known as Real Auto Emissions and Inspections. From November 1, 2016, through July 17, 2017, there were roughly 50 vehicles that had been tested for emissions by Lastre-Moreno that had failed, were rejected or the test was aborted. These tests were registered with the Utah Division of Motor Vehicles with an invalid or duplicate emissions certificate. An investigation into 40th Street Auto first came about from Weber State University researchers who were compiling emissions data from five Utah counties. When duplicates were discovered while adding them to a database, they were traced back to the business owned by Lastre-Moreno.

“Ultimately, we have vehicles out there that weren’t passing their emissions inspections and the owners may or may not have been aware of that," Cowan said.

The Weber-Morgan Health Department oversees over 115 emissions testing stations and has only had small, minor emissions-related infractions in the past.

“Most businesses really do a great job playing by the rules, but there’s always those outliers that look to cut corners and then it kind of grows into something more than they intended," said Brian Bennion, Director of Weber-Morgan Health Department. “If they don’t play by the rules, it’s important that we know about that so that we can get them back into compliance.”

Lastre-Moreno had 12 criminal charges pending in Weber County District Court, but pleaded guilty to two forgery charges and one count of violation of the Utah Air Conservation Act, a third-degree felony.

Weber-Morgan Health Department pulled his license to conduct emissions amid the investigation. According to court papers, Lastre-Moreno is scheduled to be sentenced in mid-January.

FOX 13 attempted to reach Lastre-Moreno at his business on Tuesday afternoon but no communication was made.

Calls and an email to Lastre-Moreno's attorney for additional comment were not returned by Tuesday evening.