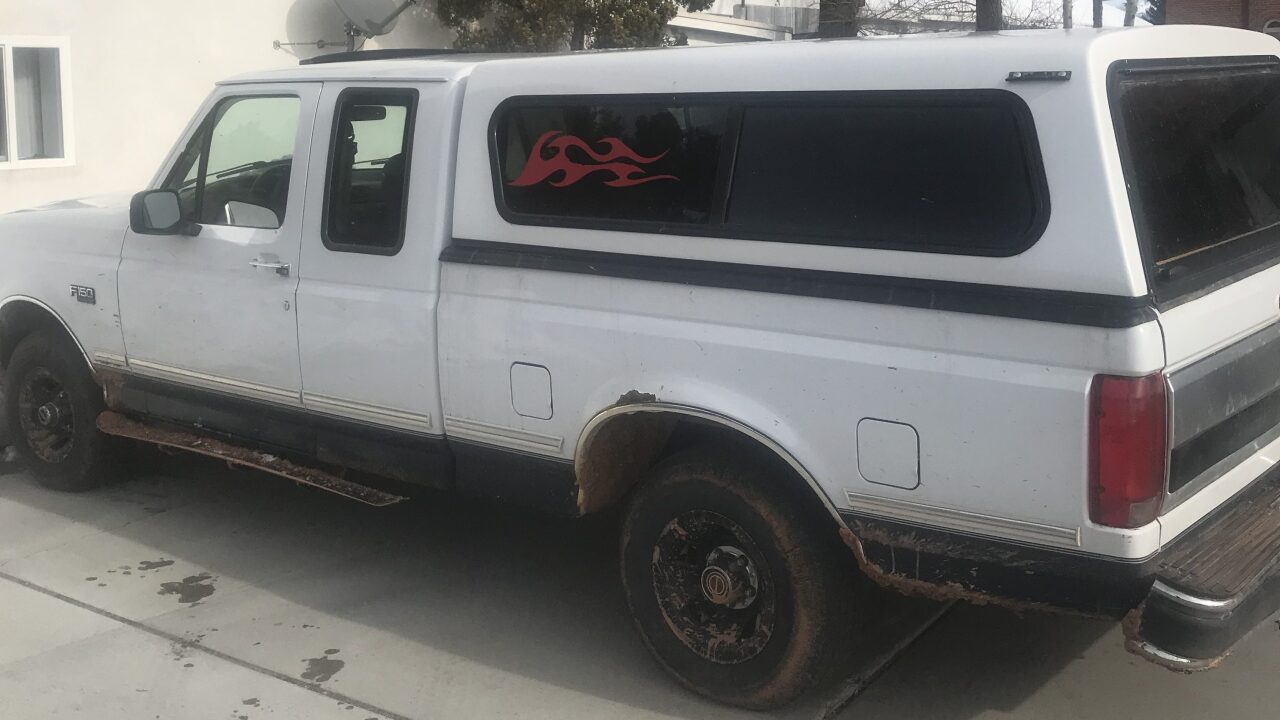 GARFIELD COUNTY, Utah — The Garfield County Sheriff’s Office is looking for the owner of a truck that was found abandoned in Grand Staircase-Escalante National Monument.

The vehicle was found Monday by the Egypt Trailhead with its license plates and identifying numbers removed. It is a white 1994 Ford F150 pickup truck with a lot of rust on the lower body. It has a white camper shell with red flame decals on the shell’s windows. It has a small sticker of a skier on the tailgate, and the running boards are made of snow skis. The sheriff’s office said there is also a first aid kit inside with a University of Utah logo on it.

Anyone who recognizes the truck is asked to contact the Garfield County Sheriff’s Office immediately at 435-676-2678. 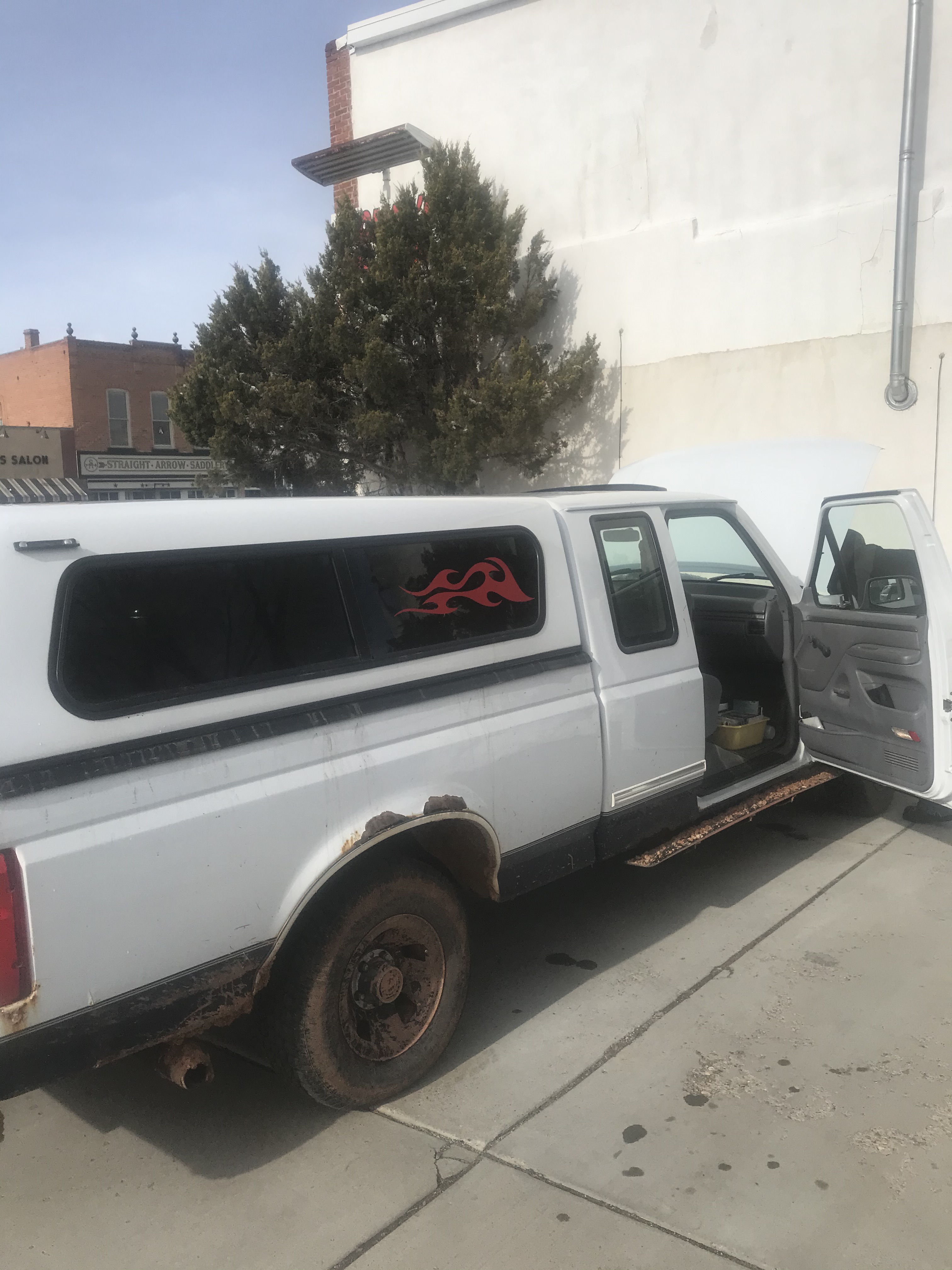