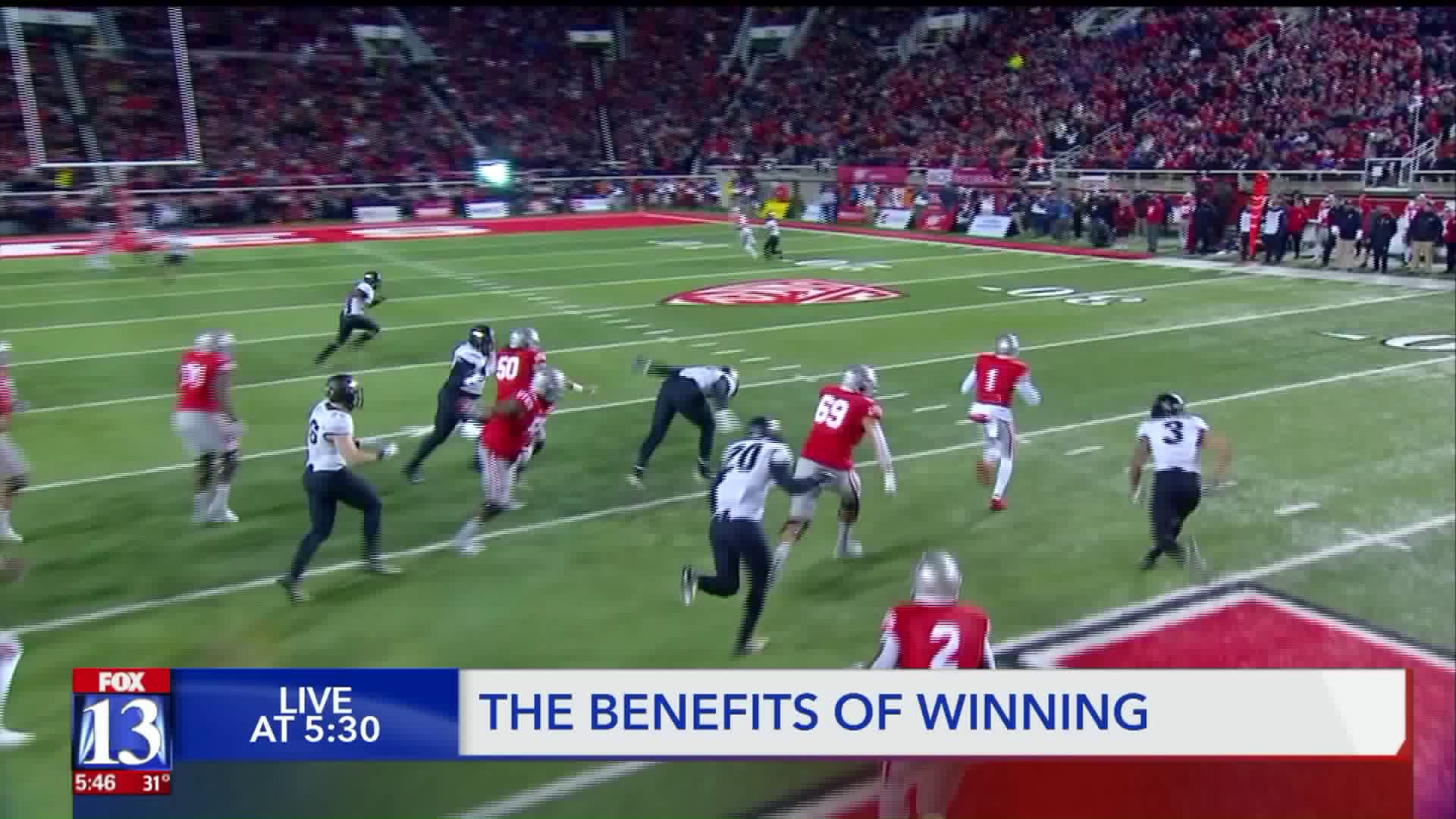 The University of Utah football program has achieved great things in recent yearsbeating Pittsburgh in the 2004 Fiesta Bowl and Alabama in the 2008 Sugar Bowlbut this year could be bigger. 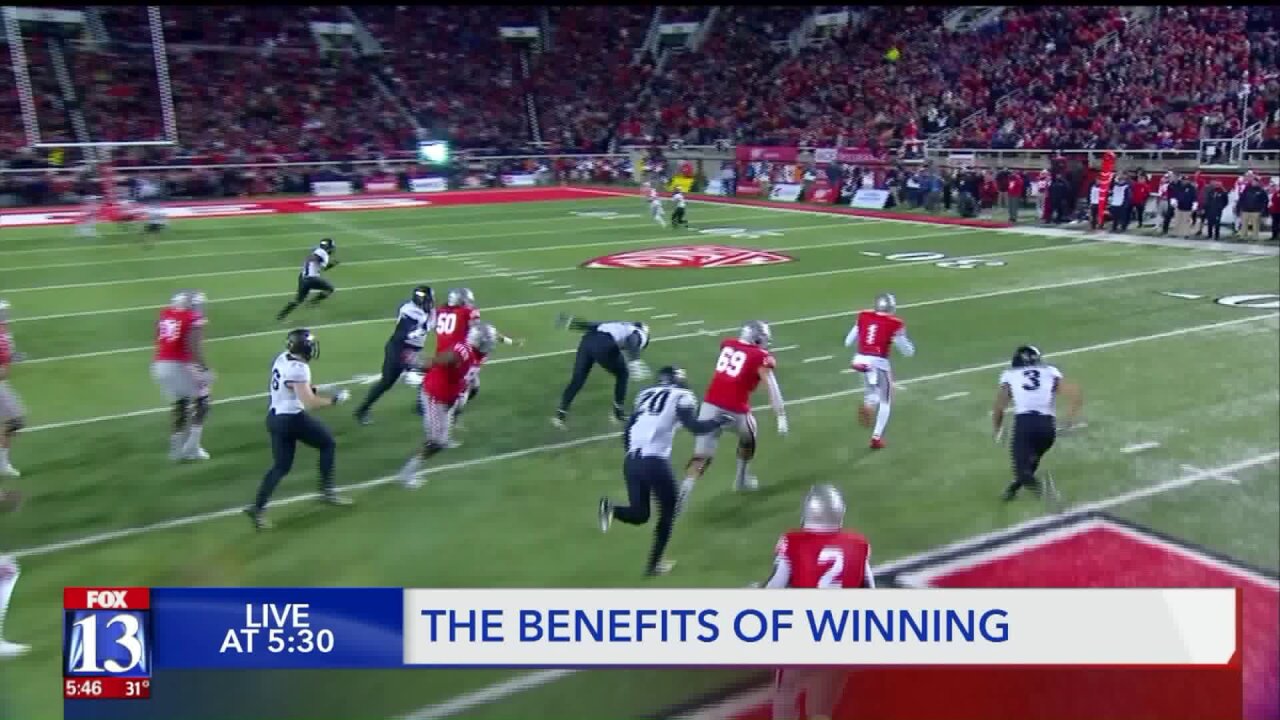 SALT LAKE CITY — The University of Utah football program has achieved great things in recent years — like beating Pittsburgh in the 2004 Fiesta Bowl and Alabama in the 2008 Sugar Bowl — but this year could be bigger.

Why? Call it elite snobbery or a weak schedule, but in those undefeated years, the Utes didn’t get the national respect required to have a shot at number one in the country.

The question: Why should anyone who doesn’t care about football care about winning at this level?

Chad Berbert of the Cicero Group has studied the impact of winning teams identified with a community.

“A successful sporting program, either football or basketball, has been shown to increase applications to a school by 2 to 8 percent, “ Berbert said.

So a winning team draws students, allowing the university to be more selective.

A winning team also brings the state’s name and images of Salt Lake City and its environment onto a national stage.

“It's really exciting, and this type of exposure is really good, particularly given all the other good things happening in the economy,” Berbert said.