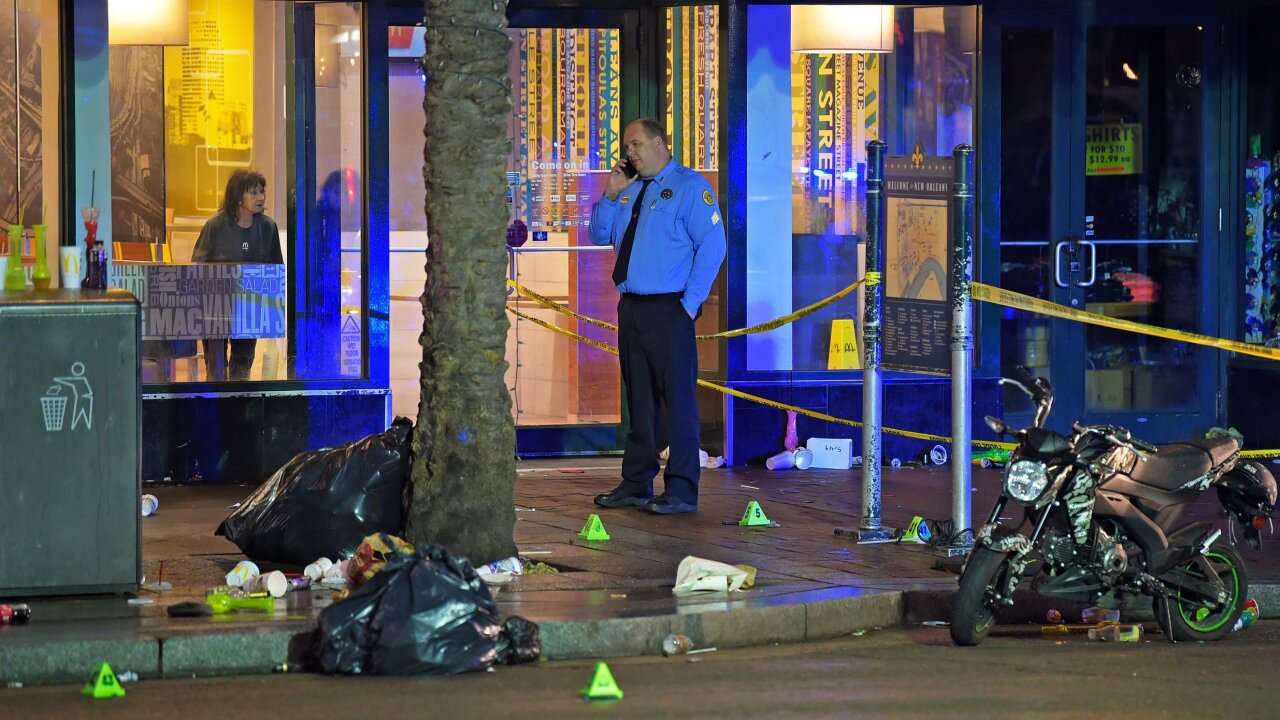 A woman looks out from a McDonald’s as police investigate the shooting scene Sunday.

(CNN) — A shooter injured 10 people early Sunday on Canal Street, on the edge of New Orleans’ French Quarter, and a person has been detained though not charged, police said.

The victims are being treated at local hospitals. Two of the victims are in critical condition, the New Orleans Police Department said.

The critical patients suffered gunshots to the torso, Chief Shaun Ferguson told reporters. No officers are among the injured, he said.

“An individual was detained near the scene,” police said, but her or his possible involvement in the shooting is under investigation.

Police received a call reporting a disturbance at 3:21 a.m. When officers arrived on the scene, they could hear gunshots and found victims immediately, NOPD spokesman Aaron Looney said.

There were so many people in the area that the officers were not able to determine who fired the shots, Ferguson said.

“We had officers right there within that very block that actually thought that they were being fired upon and took a position to respond to this,” the chief said.

It’s early in the investigation, and it isn’t clear what sparked the gunfire, he said.

The shooting address provided by police is a brief walk from the popular Bourbon Street, where tourists are known to congregate.

Paramedics and state and federal police also responded to the scene.

A witness who wished to remain anonymous told CNN he was on Canal Street across the street and on the same block where the shooting happened.

He heard a verbal altercation and “at least” five or six gunshots, and he saw sparks. But because of the “overwhelmingly crowded” street, he could not see where those shots came from. He saw people running from that location, some toward the waterfront. People were in such a panic, they were tripping and falling on each other.

Authorities earlier said 11 people were injured but changed the number to 10 on Sunday.

During the press conference, Ferguson referred to the large law enforcement contingent already out in force overnight because of the Bayou Classic. The Bayou Classic was played Saturday night at the Superdome, a little more than a mile away. The game is played annually between Grambling State University and Southern University.