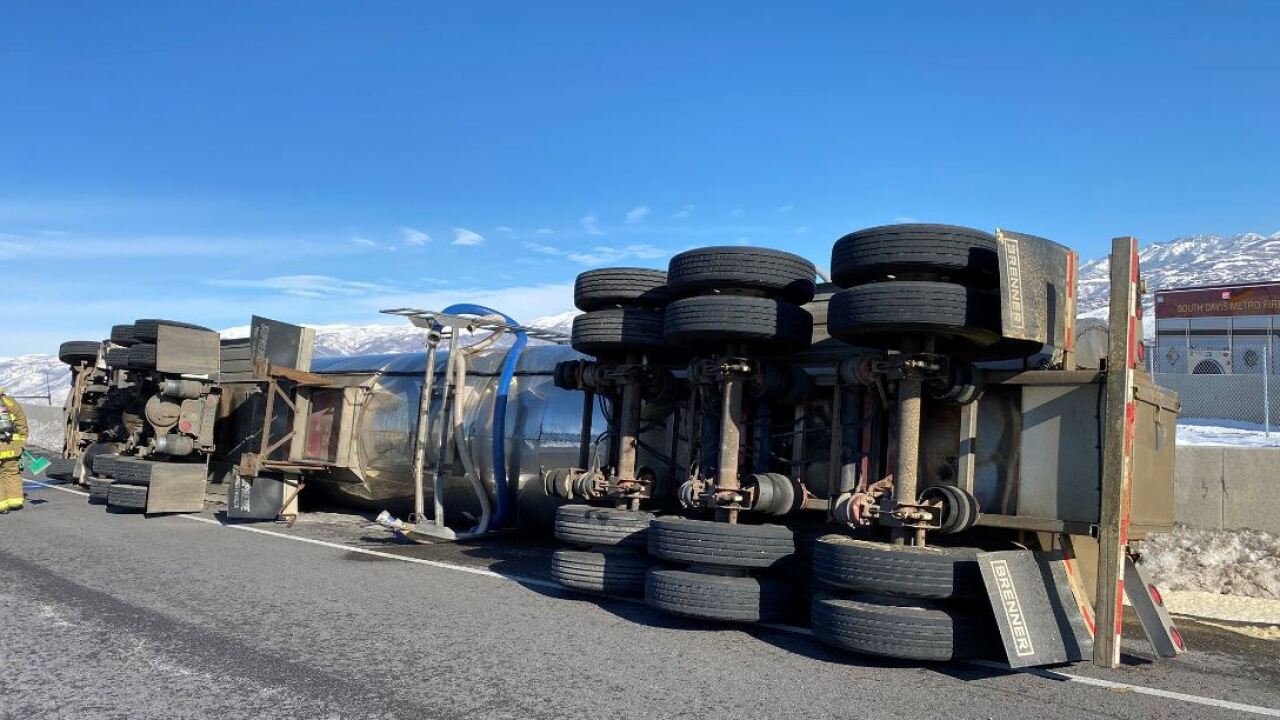 Investigators at the scene said the semi took an extra-wide turn, causing the accident. The rollover was not weather-related. No one was injured during the crash, investigators stated.

At the time of the crash, the truck was carrying what investigators called “beer waste,” which spilled on the road. Authorities stated it would take around an hour to clean up the spill.