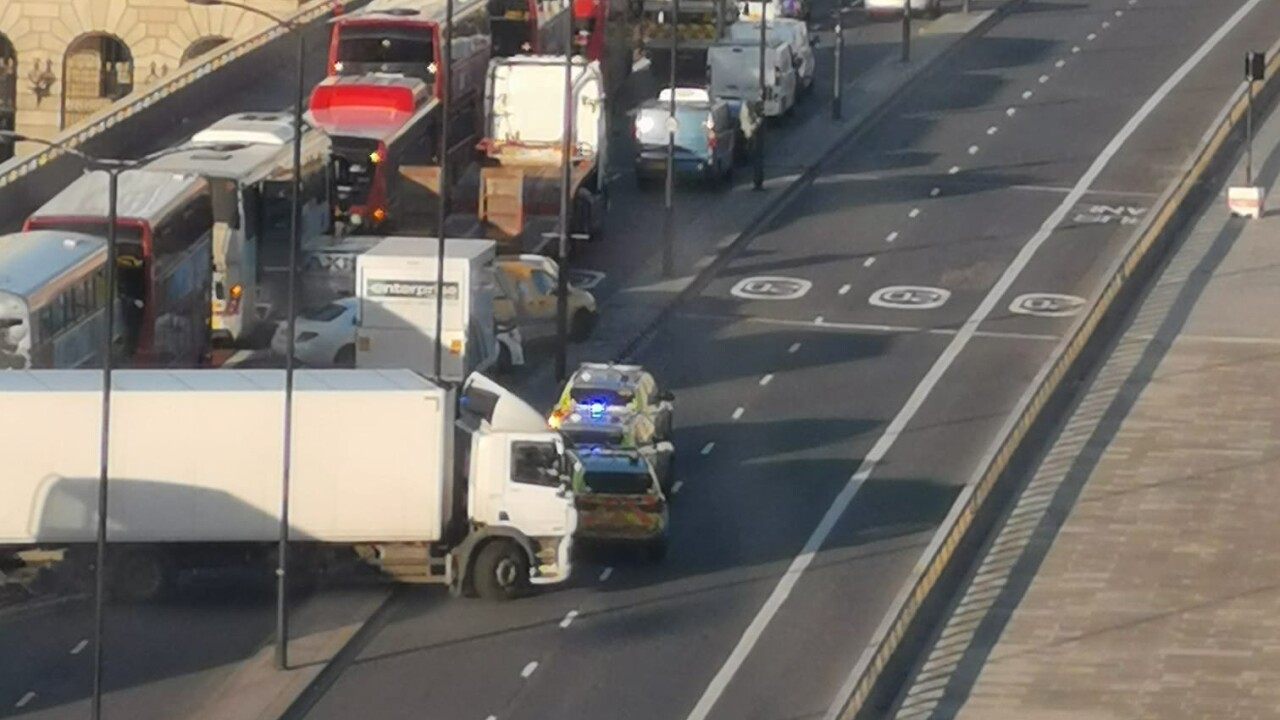 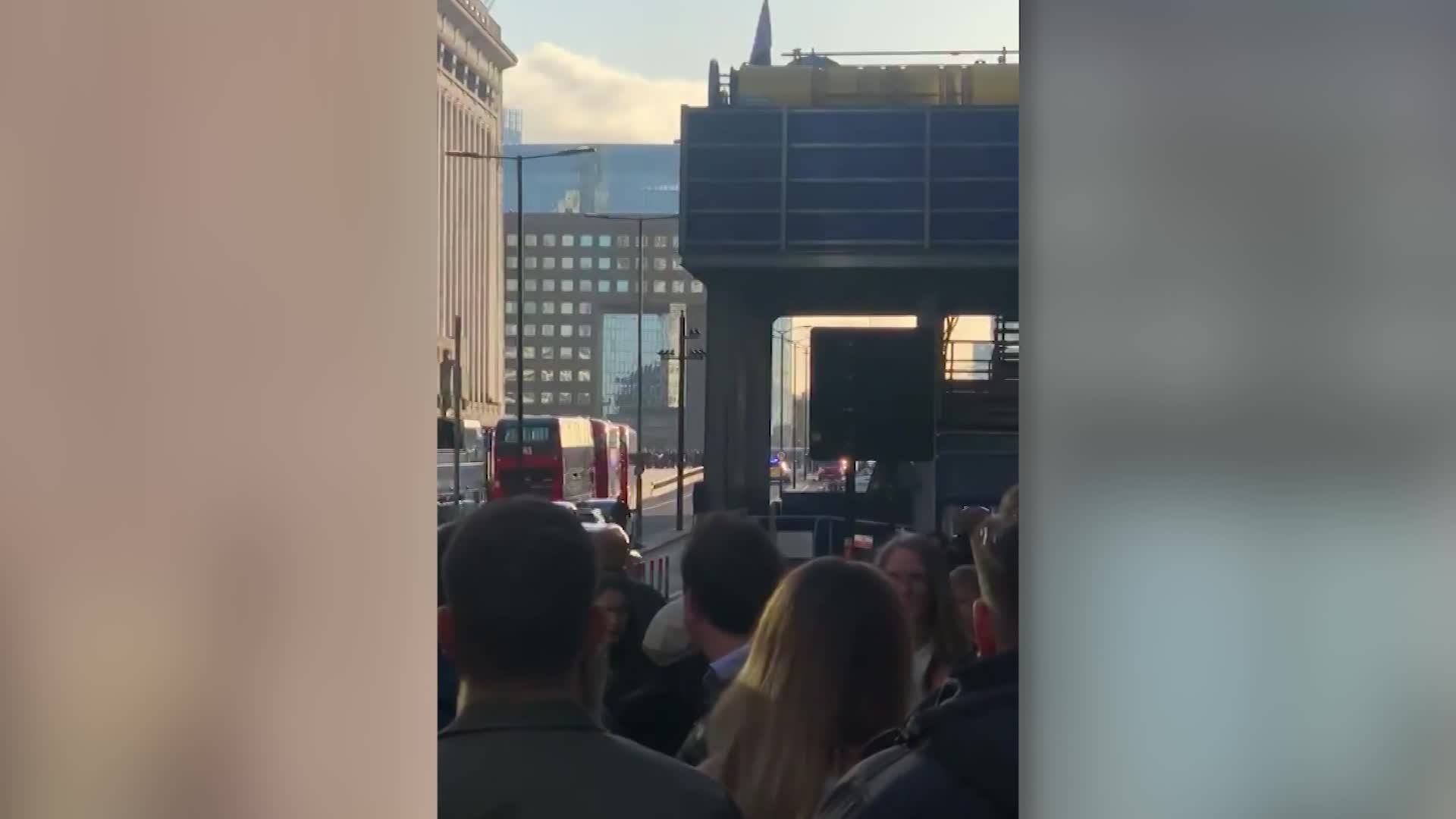 Police have identified the suspect in a terrorist attack near London Bridge as 28-year-old Usman Khan.

Khan was convicted in 2012 for terrorism offenses and was released from prison in December 2018 with an ankle monitor, Metropolitan Police Assistant Commissioner Neil Basu said in a statement.

The suspect in a terrorist attack near London Bridge that left two people dead and several wounded had been in jail for previous terror offenses, Whitehall sources told CNN.

The suspect, who has not been publicly named, was released from custody “on license,” the sources said.

Police officers shot and killed the suspect after two people were killed, and at least three others were injured during the attack on Friday, London Metropolitan Police said. The suspect had a fake bomb strapped to him when he was shot, police said.

“I have long argued that it is a mistake to allow serious and violent criminal to come out of prison early, and it is very important that we get out of that habit, and that we enforce the appropriate sentences for dangerous criminals, especially terrorists,” he said in a pool interview.

British authorities were searching a property believed to be linked with the suspect late Friday, a law enforcement source told CNN.

The rampage began just before 2 p.m. at Fishmonger’s Hall, a historic building on the north side of the London Bridge.

Authorities have not discussed how exactly the attack unfolded but video filmed by a bystander shows a man being wrestled to the ground by several bystanders on the northern end of the bridge, shortly after police were called to Fishmonger’s Hall.

Tom Gray, a tour guide who tried to apprehend the suspect, told CNN affiliate ITV that the attacker was “wielding two knives, one was duct taped to his hand.” After other bystanders had held the suspect down, Gray said he tried to “stamp the other knife from his wrist” and then kicked it further down the bridge.

Lloyd Griffiths, 35, who was on a bus on the bridge, said he saw the attacker had a large blade.

“Then police ran over with guns, screaming,” before shooting the man, Griffiths added. Multiple emergency vehicles quickly arrived on the scene as crowds of people fled the area.

Hours after the attack, Metropolitan Police Commissioner Cressida Dick told reporters that two people had died, and three others remained in the hospital. None of the victims have been identified.

Authorities have not discussed the motive for the attack but earlier on Friday, Assistant Commissioner Neil Basu said it had been declared as a terrorist incident.

“I must stress, however, that we retain an open mind as to any motive. It would not be appropriate to speculate further at this time,” Basu told reporters Friday afternoon.

In the wake of the attack, officials have decided to enhance patrols, including armed and unarmed officers, in the area and across the city and are encouraging residents to cooperate with police.

“Fighting terrorism takes effort and determination from all of us. If you have any information or concerns, please do contact us,” Dick said. “The empty ideology of terror offers nothing but hatred and today I urge everyone to reject that. Ours is a great city because we embrace each other’s differences, we must emerge strong and still from this tragedy.”

The incident comes more than two years after eight people were killed and dozens more wounded in a terror attack at London Bridge.

London mayor Sadiq Khan praised the “breathtaking heroism” of “ordinary Londoners” who risked their lives to intervene in the incident. “We are resolute, we stand united in the face of terrorism and we will not allow anybody to divide us,” Khan said in a press conference.

President Donald Trump has been briefed on the incident and is monitoring the situation, Deputy White House Press Secretary Judd Deere said in a statement.

Scenes of panic at a busy London hub

Witnesses described scenes of panic as swarms of Londoners were rushed away from the bridge by police, while major buildings surrounding the area including the Shard skyscraper were put on lockdown.

Simon Shorey was eating with his family in a burger restaurant when the incident occurred. “The whole restaurant had people under their tables and sat down on the floor,” he told CNN. He says people were trying to keep updated with the latest developments on their phones and the atmosphere started to calm down.

“There were people running down the street just outside the windows of the restaurant. They weren’t screaming at that time, but people were running back down and after a few more minutes we were told ‘everyone out, everyone out.'”

Olivia Bizot, who was present at the Boston marathon bombing in 2013, added: “I was coming towards the bridge on my bike and I heard explosions. I didn’t really assume it was gunshots at first.”

“All of sudden all these people came running like a flood of people … A few years ago, I was at the Boston marathon bombings and I was at the finish line just before it occurred and it was the same thing — everyone running, panic on their faces,” she added.

A white lorry was seen stationary across multiple lanes of traffic in the middle of the bridge, which armed police approached after the incident. It was unclear whether the vehicle is related to the attack.

Other videos from the scene showed people evacuating pubs near the bridge. London Bridge is a busy area of the city which houses several restaurants, bars and businesses and is near Borough Market. It was also Black Friday, one of the busiest shopping days of the year.

Jinnat Ui Hasan told CNN he was in a meeting in a building near the incident when he heard “more than five” gunshots.

Elsewhere, Stevie Beer, 26, told CNN that her place of work which overlooks the bridge was in lockdown Friday afternoon.

“A colleague out for lunch messaged to say there had been an incident on London Bridge and he was unable to cross back over the river. I went straight to the window and saw hundreds of people running off the bridge down Tooley Street,” Beer told CNN.

“People looked so panicked. It was haunting. There were at least half a dozen police cars and halted buses. Our building is now on lockdown, but we’ve not been given any concrete information,” she added soon after the incident.