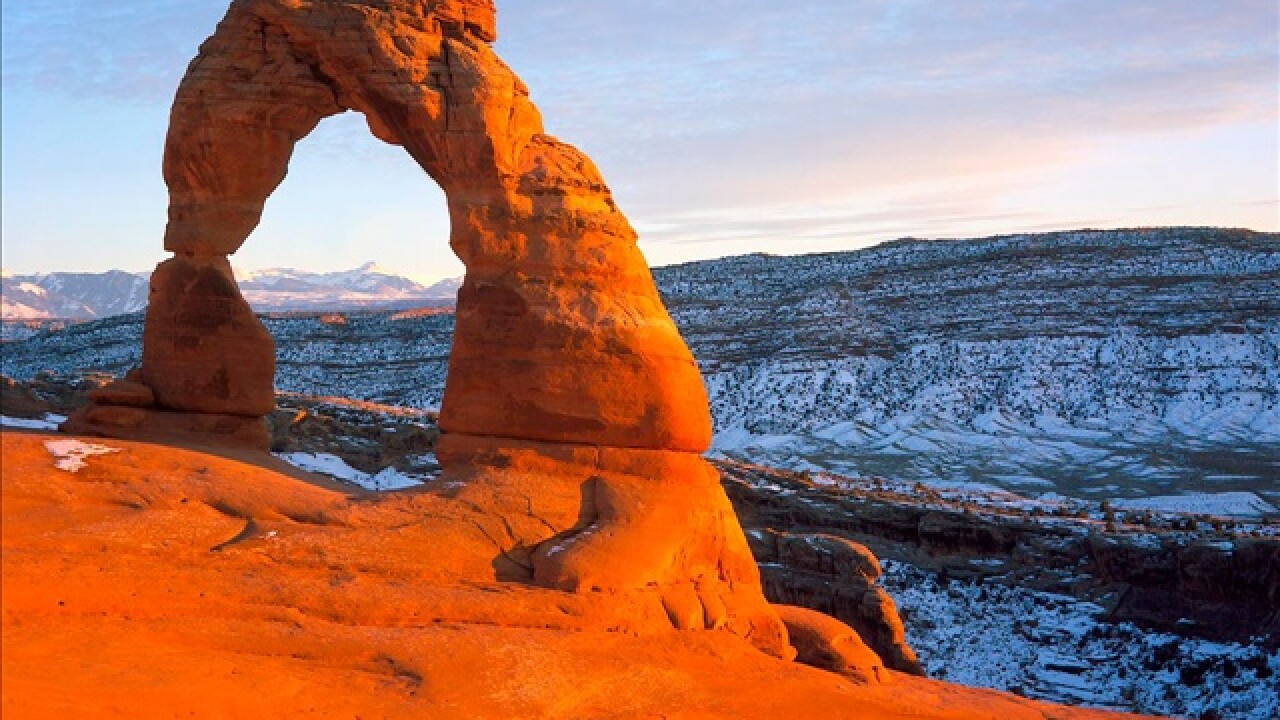 Two people killed and one injured after falling at Delicate Arch.

Rangers found the bodies of a man and woman and an injured man.

All three are from California. A 65-year-old man and his 60-year-old wife were killed Brown said. A 30-year-old man, believed to be the couple’s son, was taken by helicopter to Moab Regional Hospital.

Names won’t be released until next of kin has been notified.

There was a mix of snow and rain along the trail to Delicate Arch at the time, but investigators don’t know if weather was a factor yet.