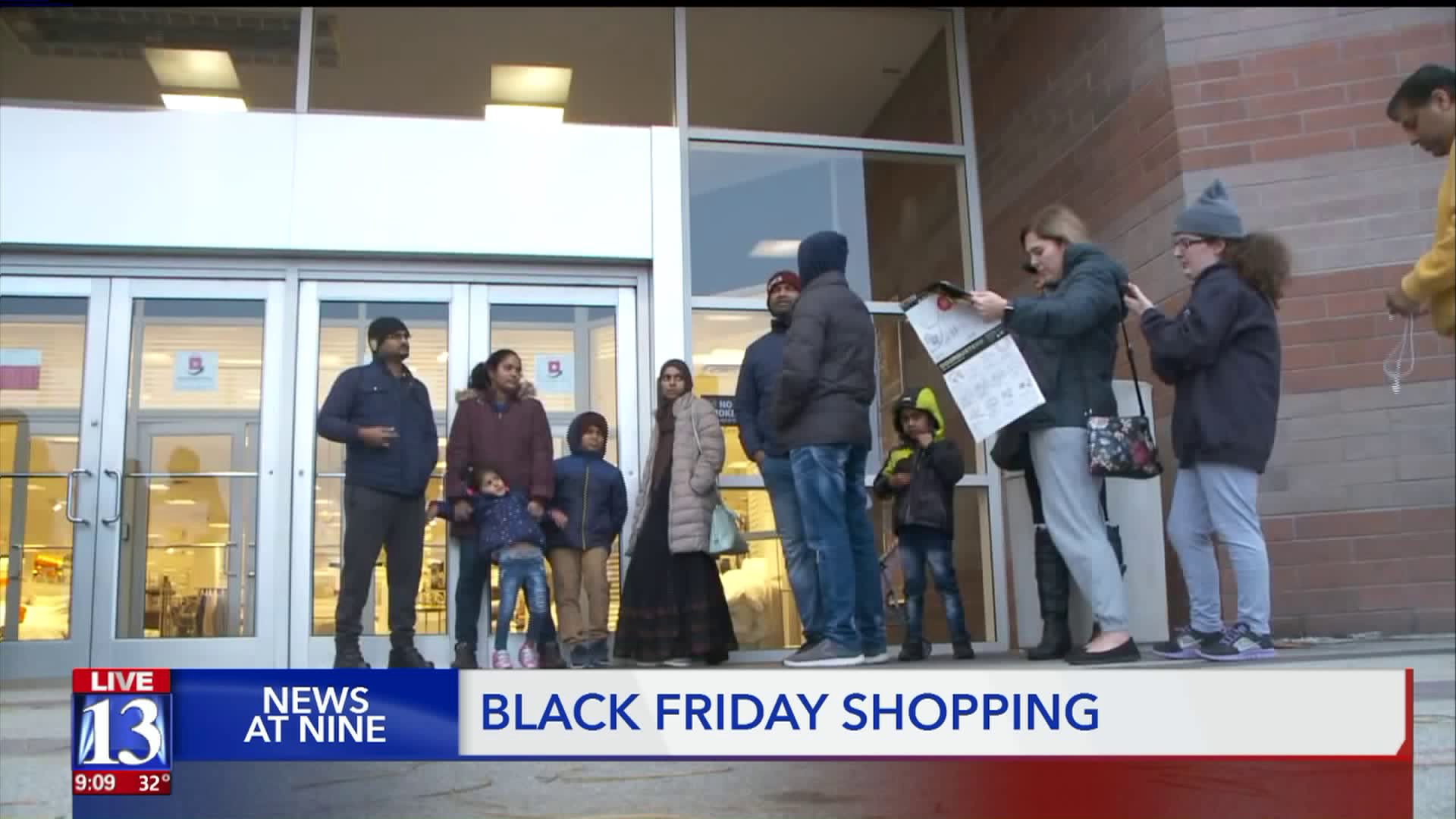 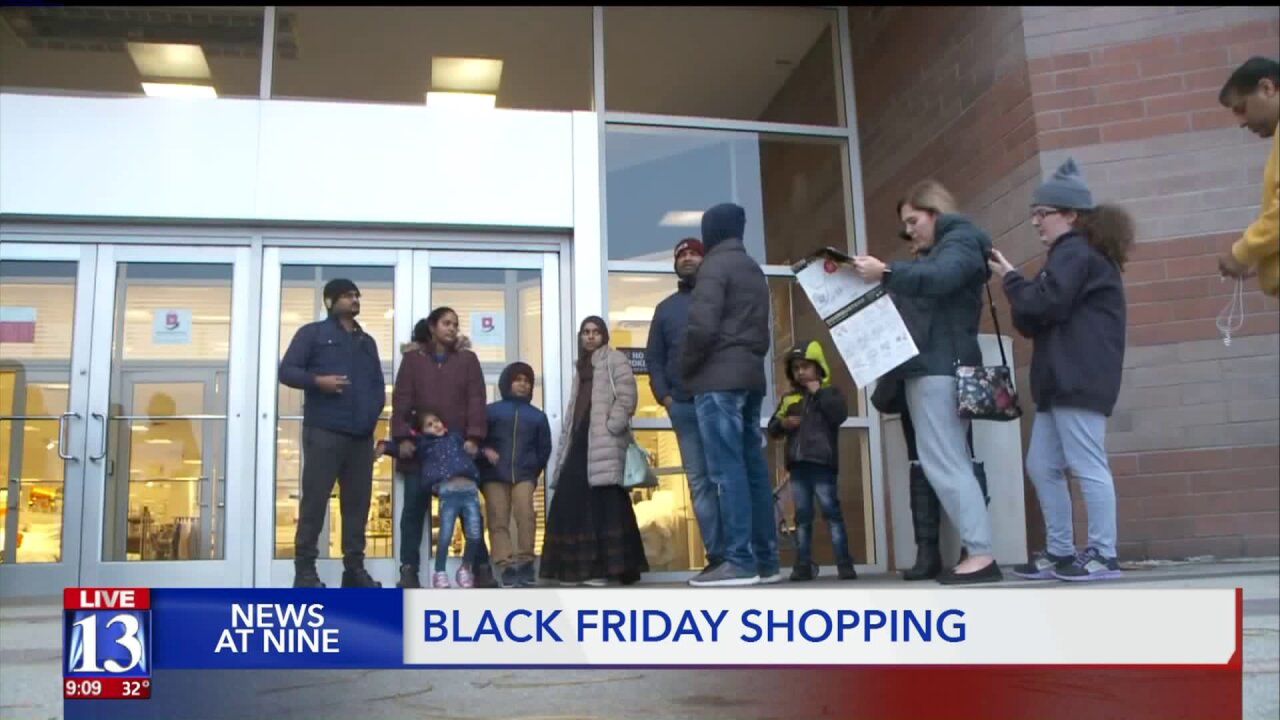 SANDY, Utah-- 'Black Friday' shopping started in earnest Thursday evening, and some shoppers in Utah said they noticed a difference in the crowds.

Some said lines were short or there were no lines at all. They said stores seemed generally less crowded when the stores first opened.

Outside Macy's at the Shops at South Town, a small line formed about 20 minutes before they opened their doors.

The line was shorter than what someone might normally think of for Black Friday madness.

Prasad and his family stood at the very front, die-hards to get the deals.

When asked why he showed up, Prasad answered, "My wife." He laughed.

He and others in the early crowds were in luck. Things seemed to be hardly what one might expect for the craziness of the post-Thanksgiving holiday.

"We used to see the big lines, but I did not see any big lines this year compared to the previous years," shopper Angi Babu Paritalea said. "I think most of them are doing the online buying."

Many stores started their Black Friday sales well before Turkey Day, and shoppes like Paritalea indicated that it's perhaps a sign that the shopping has evolved over time from crazy door-buster lines to people shopping at their own pace.

"This mall is way more quiet than the craziness that we are used to," shopper Emilie Montenont said.

Some stores like JC Penney opened early at 2 p.m. Thursday. Macy's opened at 5 p.m. The Shops at South Town opened at 7.

Those still wanting the traditional experience crowded the mall later in the evening.

Brandy Escobar held up her Black Friday loot, explaining what she bought. "I have shoes, there's heels and boots," she said, looking at the bulky bags.

Though, she too noticed a shift from the past.

"The mall isn't as packed as I thought it would be," she said.

It was packed enough for 9-year old Zoe Shields.

"It was rush hour at the mall," she said.

Her and dad took a break, sitting down in a quiet spot while mom and sister got stuck in a long line in Hollister. Finally, mom and sis emerged with their Hollister finds.

For Zoe, that was madness enough for her.