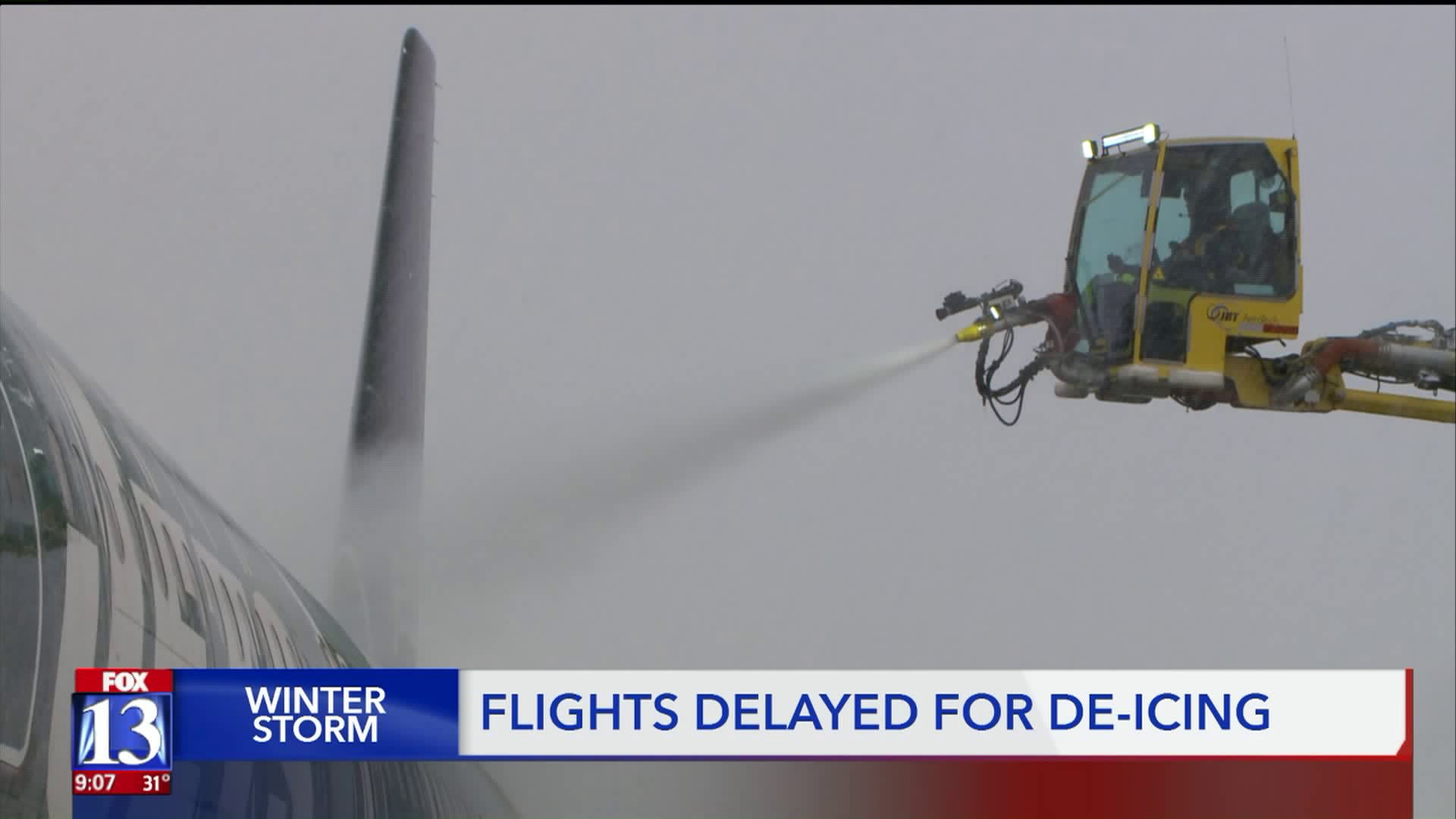 The holiday winter storm is packing a punch with travelers getting to their destination via airplane. 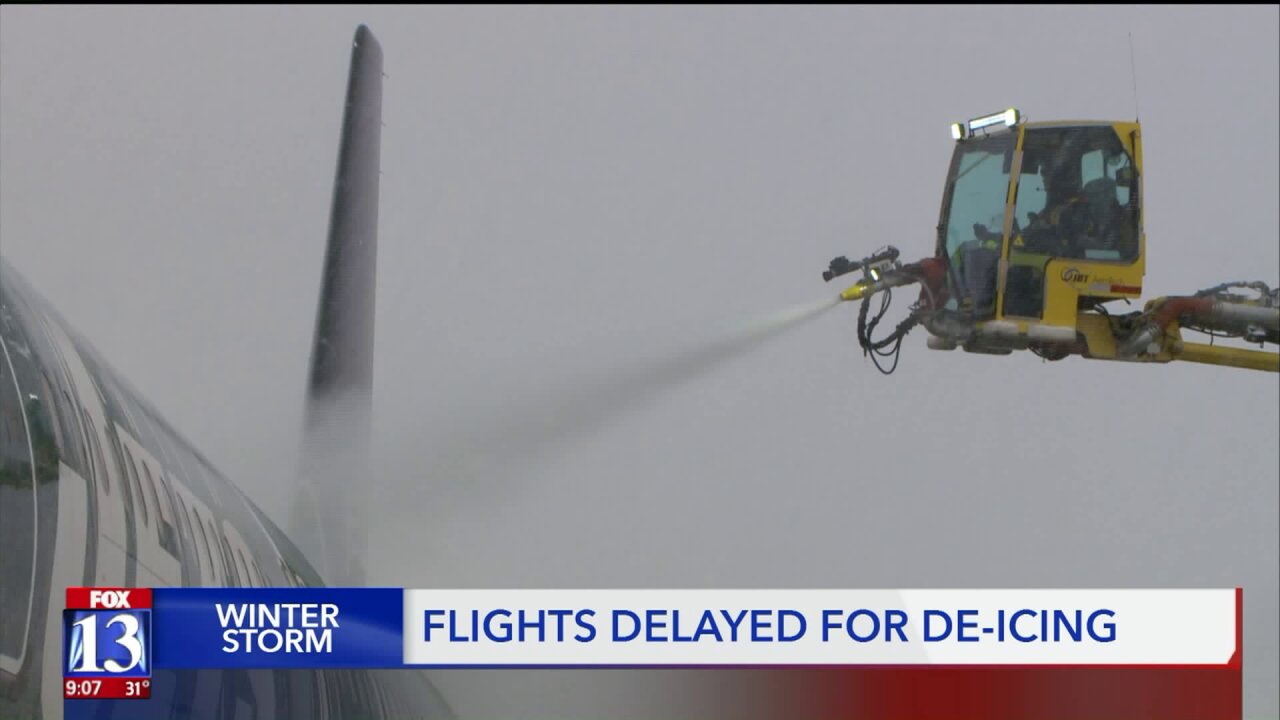 SALT LAKE CITY, Utah—The holiday winter storm is packing a punch with travelers getting to their destination via airplane.

As the last line of safety before taking the runway, Salt Lake City International Airport has two companies that work to de-ice planes before takeoff.

Integrated Deicing Services handles the de-icing for 6 of 7 airlines at SLC (minus Delta).

Such as this #NYJets @JetBlue plane ✈️ pic.twitter.com/xrIa40PdeT

"Very important, if you don't have it, you don't fly," said Randy Hubbell, General Manager of Integrated Deicing Services who handles six of the seven major airlines out of SLC. Delta provides de-icing services for it's more than 200 daily flights. IDS can de-ice nearly 100 planes per day.

THREAD: Spent some time at @slcairport learning about the process of de-icing planes ✈️ before takeoff! pic.twitter.com/NPZrsG2oNd

IDS uses a two-fluid system by applying a 'type 1' solution to planes in an effort to remove contamination of snow and/or ice. A second solution, known as 'type 4' is applied after to give the initial solution a 'hold time.' This second application allows for the plane's exterior surface to withstand snow for roughly 35 to 40 minutes before takeoff. When the fluid drains off the plane and onto the ground, the fluid is collected in the drains below to be recycled.

Here’s a look at the two fluids used.
The orange gets the initial contamination off of the body of the plane. The green provides a ‘hold time’ to prevent snow/ice buildup before 🛫 takeoff. pic.twitter.com/SP5M97kbrL

"It provides them a clean, safe aircraft any kind of contaminants on the wing of an aircraft or what we call critical surfaces of the aircraft it could disrupt it," said Hubbell.

IDS takes anywhere from six to ten minutes to de-ice a plane. Those planes are typically filled with passengers during the de-icing process.

"It takes a little extra time and the reason we're doing it, we want to get you to your destinations safely," said Hubbell.

Get an inside look at the operations TONIGHT on @fox13 at 9!