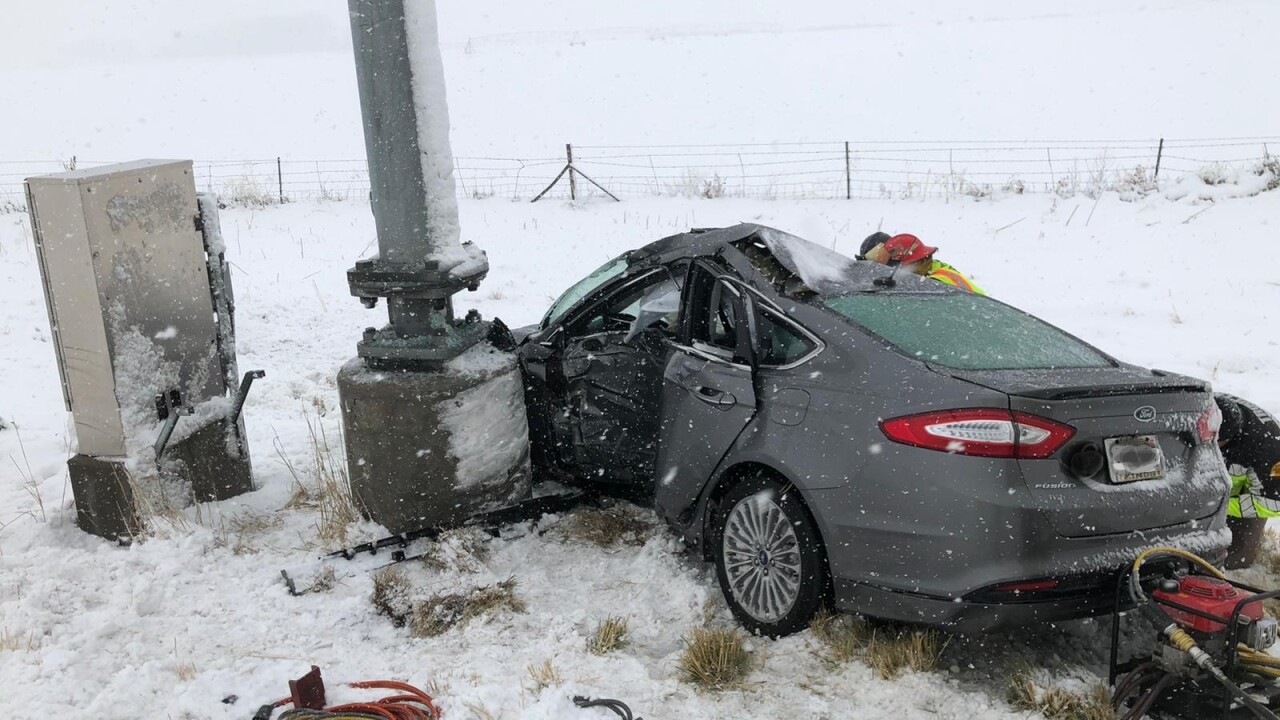 WILLARD, Utah—The Utah Highway Patrol has confirmed that a serious crash along Interstate 15 has killed one driver and left a passenger in serious condition.

On Wednesday just before noon, near mile marker 358 on I-15, a Ford Fusion departed the roadway and crashed into a utility pole, according to UHP.

UPDATE: UHP has confirmed that a 2014 Ford Fusion was traveling northbound on I-15 when the vehicle lost control and slid off the roadway, crashing into a cement sign base with the driver’s side. The driver was killed on impact, the front-seat passenger was initially thought to be in serious condition but after being taken to a nearby hospital, it was determined she was in good condition with minor injuries. She will be released from the hospital tonight.

Serious crash on I-15 at MM 358 has now gone fatal. Two occupants, the driver is the fatality. Passenger in serious condition. Single vehicle departed the roadway and hit a utility pole. pic.twitter.com/dtMKoNJ5CB