Utah is officially out of bar licenses, and there may be only 3 new ones in 2020 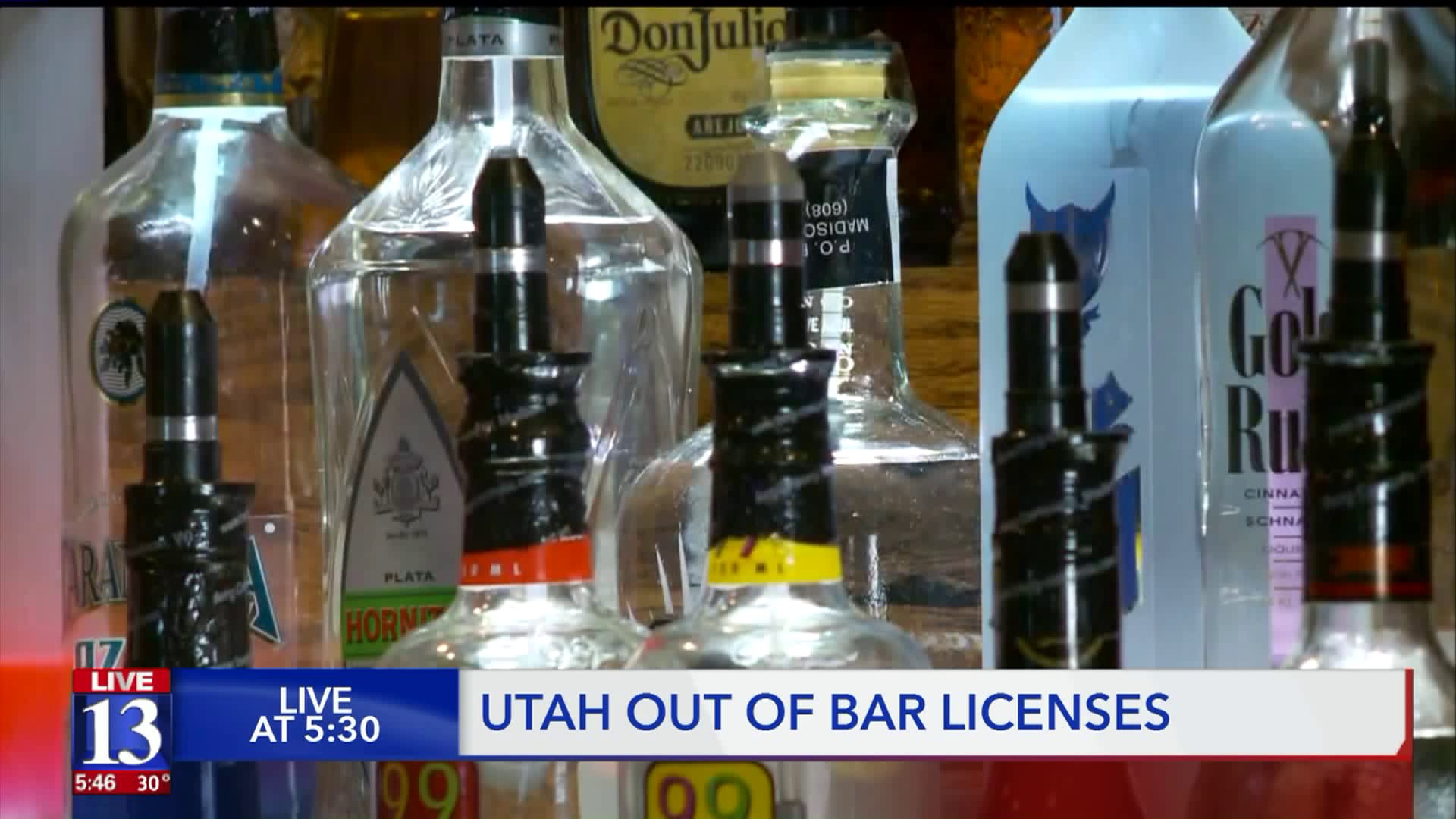 The DABC officially has no more bar licenses available and a list of businesses who want one. 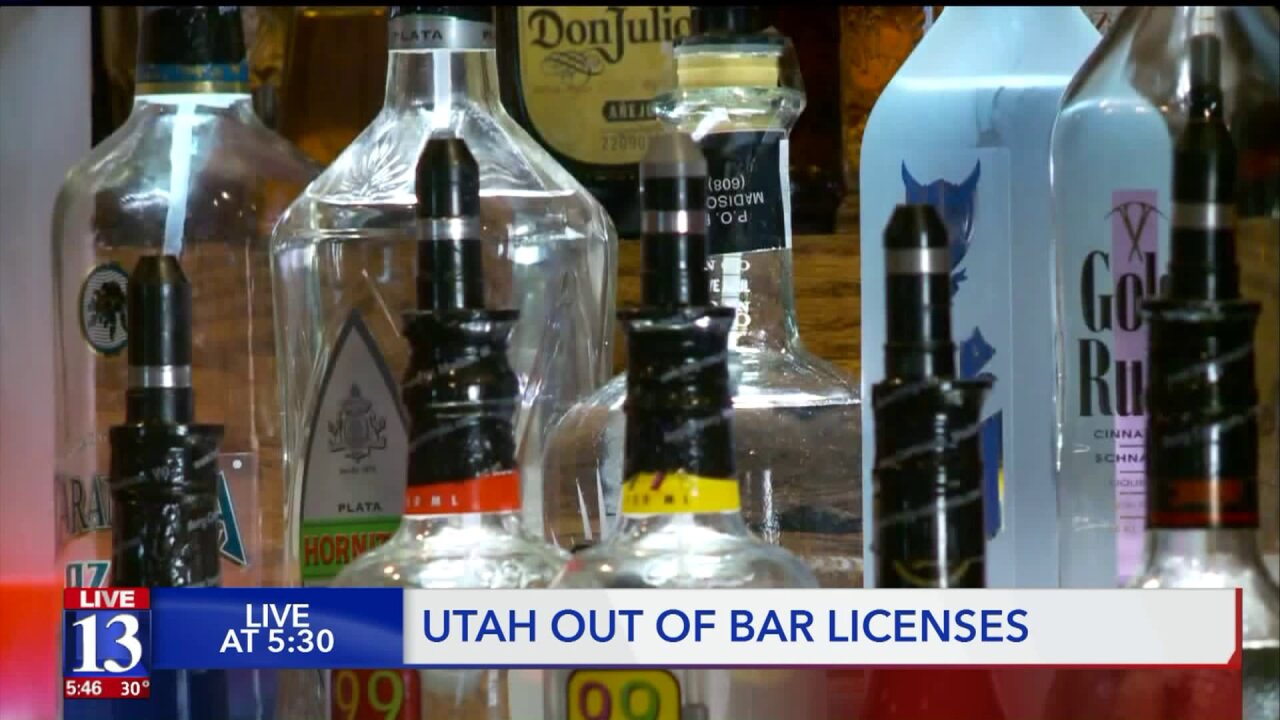 The owner of Trolley Wing Company informed Utah's Department of Alcoholic Beverage Control on Tuesday that he was purchasing a liquor license from a bar going out of business. That removed him from the waiting list for a highly coveted bar license.

DABC commissioners, sympathetic to his plight, told him "congratulations!"

"Every time I come to this building, I leave with a different emotion. I’m either really happy or really upset or very angry or sad. But today, I’m happy," Wilkerson told FOX 13 afterward.

The DABC officially has no more bar licenses available and a list of businesses that want one.

The highly coveted licenses are doled out by population quota -- one for about every 10,000 residents. Each month, businesses plead their case and the commission decides who gets one. That license can make or break a business. Commissioners have publicly stated their preference to give licenses to "under-served areas," which often means rural Utah.

There may be only three licenses available in 2020 by population, and one may already be spoken for depending on how a court case resolves. Button Down is suing the state over having its license forfeited over ownership reporting issues. Because the DABC gave that license away to another business, Button Down is currently serving and selling alcohol under a judge's order.

On Tuesday, the DABC commission met for about 30 minutes behind closed doors to get a briefing on the case.

Wilkerson said the lack of liquor licenses is going to be a bigger problem and the Utah State Legislature may have to address it.

"They’re going to be forced to because there’s going to be a lot of angry people who aren’t as lucky as me. People spending their life savings building these bars or restaurants. Without a license, they’re bankrupt," he said.

Tanner Lenart, an attorney who represents bar and restaurant clients who often seek a liquor license, told the DABC on Tuesday it should push to lower that population quota.

"I would encourage you guys as our commissioners to encourage the legislature to loosen that up and make more available," she said.

Sen. Jerry Stevenson, R-Layton, who is tasked by the Utah Senate Republican majority with running liquor legislation, said he might have to look at the issue ahead of the 2020 session that begins in January.

Commissioner Thomas Jacobson said there are many interests the legislature must balance.

"I think the legislature always needs to re-examine what’s going on. We’re more than happy to provide them with our input from time to time as to what we see and what’s happening," he said. "The legislature has a very difficult job to do, because they have to weigh a lot of different factors that go into how many licenses we’re going to have, how you’re going to be able to enforce those licenses and all the other administrative tasks that go with it."

Wilkerson was glad Trolley Wing Company no longer had to wait for a license. A change in Utah liquor laws a few years ago allowed businesses to purchase a bar license.

"We didn’t necessarily have the funds for it and had to dig deep to do it and I feel great about it," Wilkerson said. "I think with the shortages that are happening in the upcoming months it’s going to be very difficult to get a license so I’m glad we did it when we did."