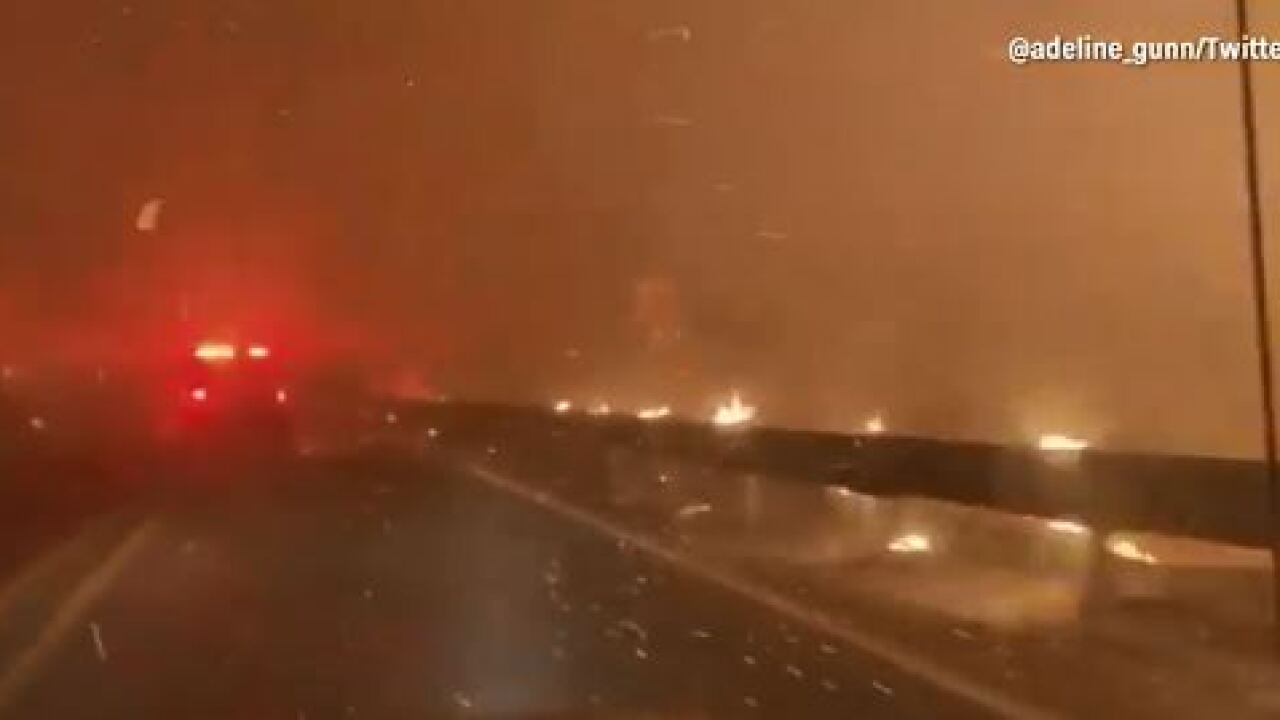 SANTA BARBARA, Calif. — A fire near Santa Barbara has charred more than 3,000 acres and is 0% contained.

A wildfire was racing toward populated areas around California’s Santa Barbara city early Tuesday, moving county officials to order evacuations and ask for outside help to contain the blaze they say their firefighters can’t handle alone.

The fire, stoked by high winds, has threatened structures in the area, which include multimillion-dollar homes and ranchettes. So far no homes have been burned, Santa Barbara County Fire spokesman Mike Eliason told CNN.

Officials said the fire was advancing toward populated areas in the cities of Santa Barbara, home to about 92,000 people, and Goleta, with about 31,000 people. It was 0% contained early Tuesday, officials said.

Evacuation warnings and orders were issued Monday night for areas north of Santa Barbara on either side of California State Route 154.

One Twitter user posted terrifying footage as they drove through the inferno.

“Please stay safe for anyone living close to the 154 and to the firefighters up there right now,” the user said. “Just made it down safely and my eyes still can’t believe what’s happening.”

Fire threatening power transmission lines
Santa Barbara County declared an emergency late Monday, saying in a news release that the fire was beyond the capabilities of the county’s firefighters to control alone.

Resources have been ordered from outside the county. Southern California’s Orange County, for instance, has sent five structure firefighting engines to help battle the flames.

The fire also is threatening Southern California Edison’s main transmission lines that provide electricity to the southern portion of Santa Barbara County, officials said. It has led to some power outages, the county said.

About 82 customers were without electricity service early Tuesday, according to the outage-tracking website poweroutage.us.

While California utilities in recent months have aggressively cut power intentionally to lessen the chances of wildfires during harsh weather conditions, Santa Barbara’s outages were not intentional, county officials said.

The office of Gov. Gavin Newsom also said it was monitoring the fire Monday.