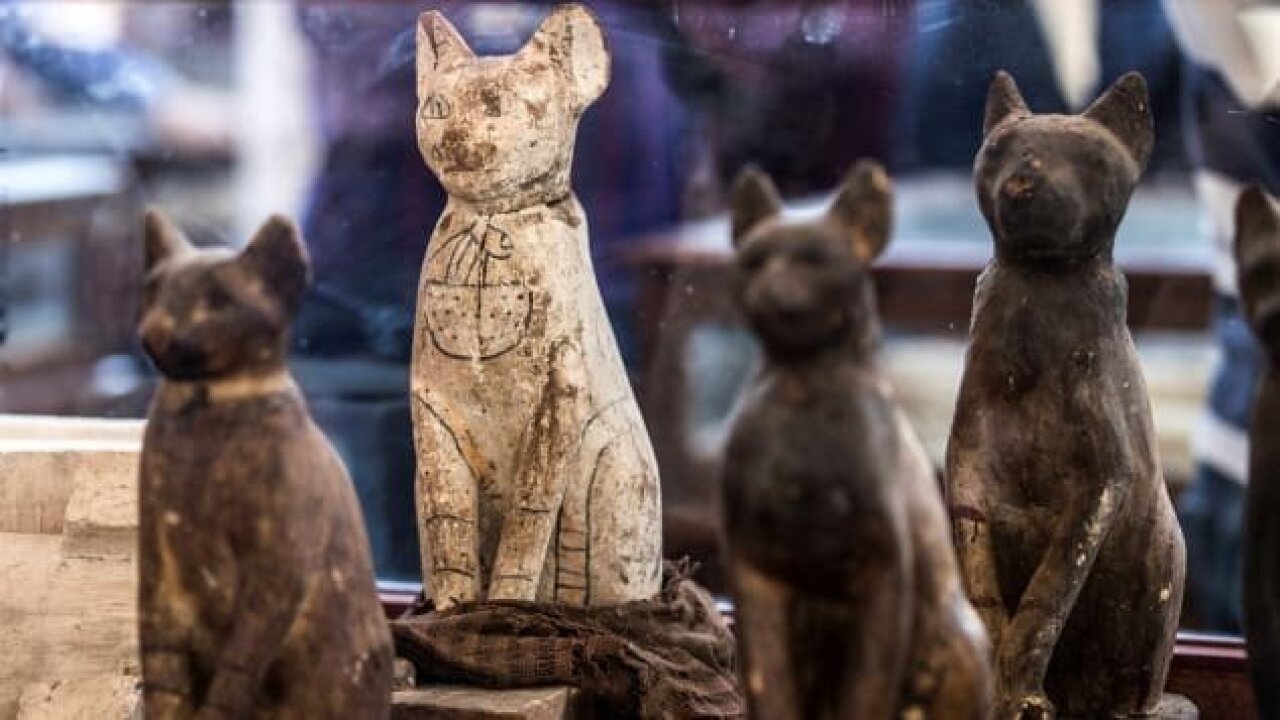 Statues of cats are displayed after the announcement of a new discovery carried out by an Egyptian archaeological team in Giza’s Saqqara necropolis, south of the capital Cairo, on November 23, 2019. Source: KHALED DESOUKI/Getty Images 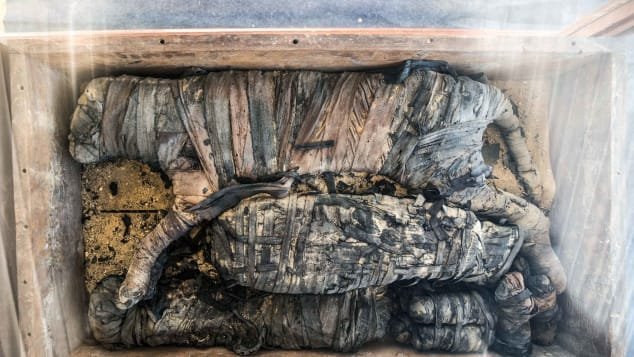 (CNN) — Egypt has unveiled an unprecedented discovery of dozens of mummified sacred animals, including cats, crocodiles and two lion cubs, found during the excavation of a tomb of a royal priest.

Khaled El-Enany, Egypt’s minister of antiquities, said Saturday the find dated back to the seventh century BC and could fill “a museum by itself.”

The discovery included 25 wooden boxes decorated with hieroglyphics filled with mummified cats and 75 boxes of wooden and bronze cat statues.

Mostafa Waziri, secretary general of Egypt’s Supreme Council of Antiquities, said that the most distinguished finds were five mummified big cats. A CT-scan carried out on two of these mummies revealed they were lion cubs, according to a Facebook post from the Ministry of Antiquities. He said further study would be carried out for more details.

While mummified cats, which were kept as pets as well as revered in ancient Egypt, are not uncommon, lion mummies are much more unusual.

Other highlights included a large scarab beetle made of stone hidden inside a wooden box, two small size scarabs made of wood and sandstone; three statues of crocodiles with the remains of small mummified crocodiles inside.

The animal mummies and other finds were unearthed at the Saqqara necropolis near the Giza pyramids, south of Cairo.

The site is home to a 4,000 year-old private tomb belonging to a fifth dynasty royal priest, which is famed for its exceptionally well-preserved drawings. Its discovery was announced last year.

Discovery of the mummies is the latest in series of recent archaeological announcements from Egypt. The country is hoping to increase tourism interest in a destination that suffered following a 2011 uprising.