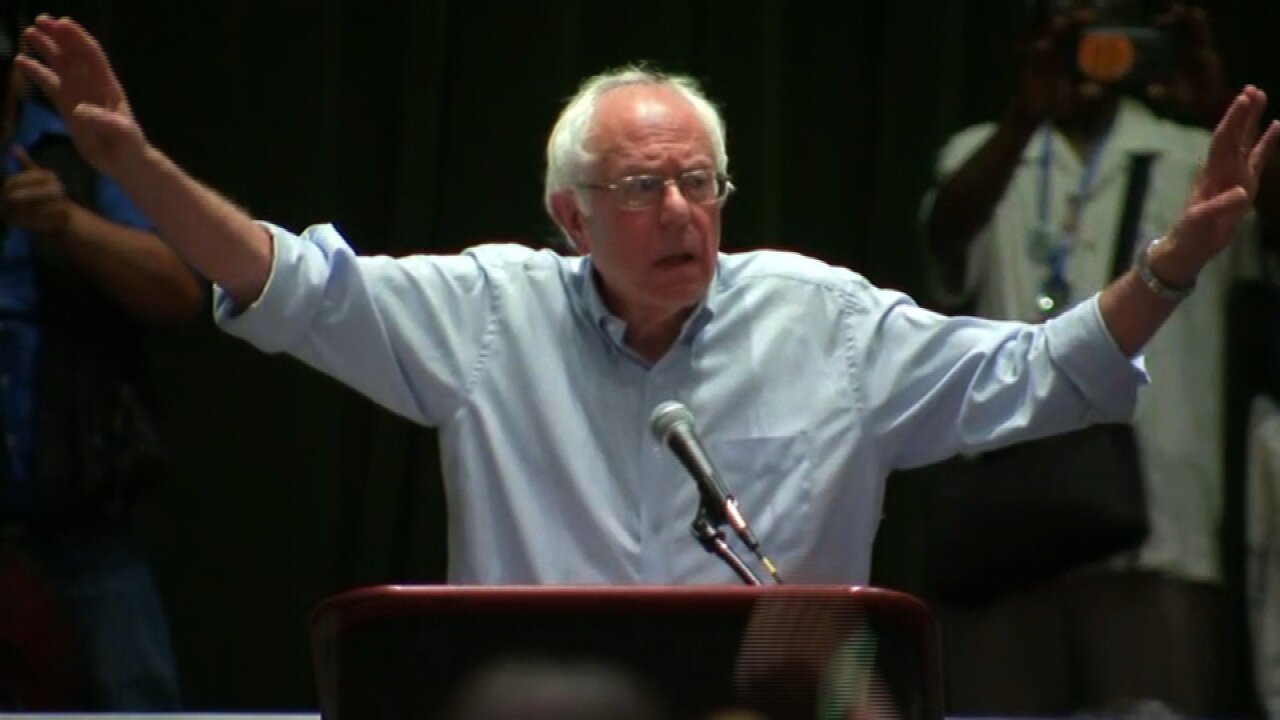 (CNN) — Sen. Bernie Sanders on Sunday knocked Michael Bloomberg’s decision to enter the 2020 race for the Democratic presidential nomination, saying his new opponent is “not going to get very far in this election” and continuing his attacks on the former New York mayor’s billionaire status.

Earlier Sunday, Bloomberg officially announced his late-entry Democratic presidential bid, unveiling a campaign that the former New York mayor said will be squarely aimed at defeating President Donald Trump. The billionaire, who made his fortune creating technology that bankers and traders use to access market data, has already placed at least $37 million worth of television advertising over the next two weeks, according to data from Kantar Media/CMAG.

Sanders and other Democrats have repeatedly taken shots at a Bloomberg candidacy since there were rumblings of the former three-term mayor potentially entering the crowded 2020 Democratic field. Bloomberg’s wealth and influence is a perfect juxtaposition to Sanders’ message about the 1% overpowering working-class Americans.

In an interview with CNN, Faiz Shakir, Sanders’ campaign manager, also blasted Bloomberg’s entry into the race, saying he “(doesn’t) think his candidacy is going to go anywhere.”

“I mean I just think the American public do not see a billionaire running for president as the kind of change that they so desperately want,” Shakir said Sunday.

“We’ve got a system that’s already stocked with enough billionaires and enough power, and here comes another one who feels like deserving of even more power because I’m smarter and have more wealth than the rest of you.”

Earlier this month, Sanders and a number of other Democratic candidates criticized Bloomberg with the Vermont senator saying at a campaign even in Iowa: “Tonight we say to Michael Bloomberg and other billionaires: Sorry you ain’t gonna buy this election.”

Sen. Amy Klobuchar, a Minnesota Democrat who is also vying for the party’s nomination, said prior to Bloomberg’s announcement that she doesn’t think “when people look at the White House and they see this multi-millionaire (President Donald Trump) … I don’t think they say, ‘Oh, we need someone richer.'”

“I think you have to earn votes and not buy them,” Klobuchar said.

Businessman Andrew Yang also offered a dubious analysis of Bloomberg’s prospects should he enter the race, saying earlier in the month that it’ll be “very, very difficult for him to jump in right now” and that “there are limits to what money can do.”