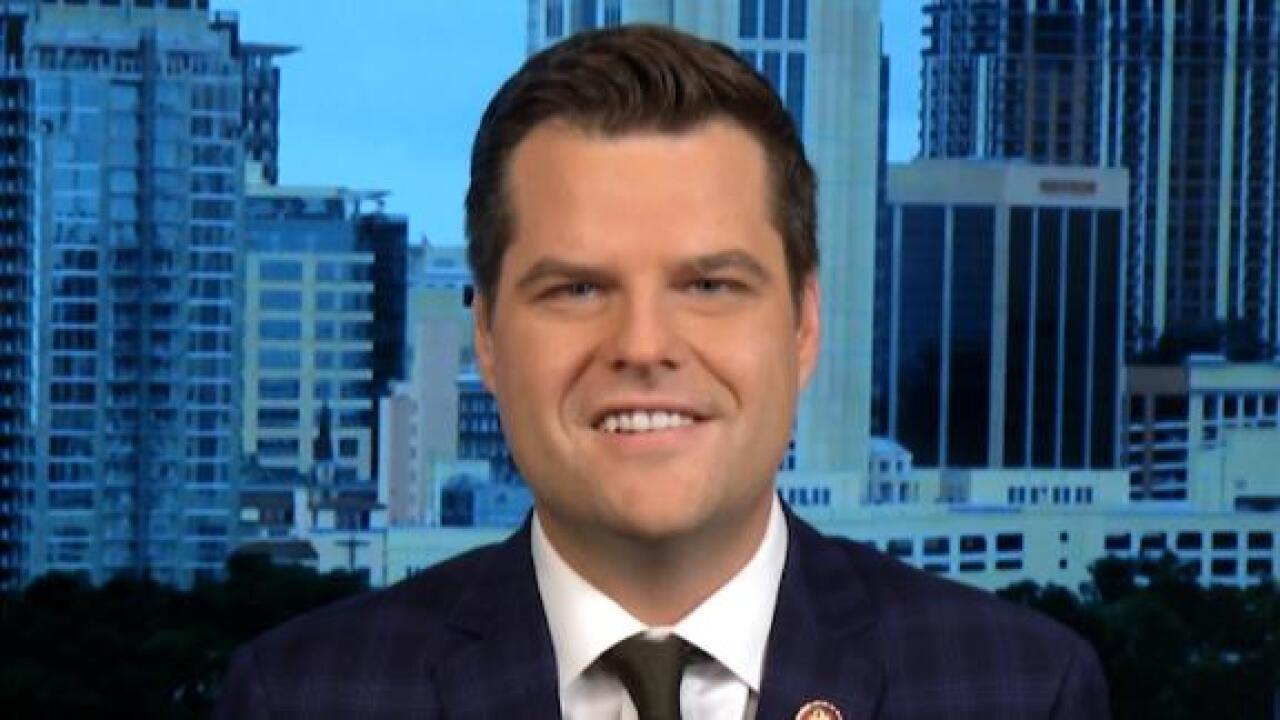 A millennial Republican congressman, and one of President Donald Trump’s closest allies on Capitol Hill, is hitting back at White House counselor Kellyanne Conway’s concerns about marijuana legalization.

“I have worked to be a positive influence with the President on marijuana reform. To my friend, Kellyanne Conway, I would say, “OK, boomer,'” Rep. Matt Gaetz, 37, said in an interview with CNN on Saturday, using a viral social media phrase that millennials and Generation Z say to respond to older people they view as out of touch.

Conway, the counselor to the President, 52 and a Generation Xer, told CNN in April, “We’re very concerned about the effect (of marijuana) on the brain, among young people.”

Asked at the time about marijuana as an alternative to opioids, Conway replied: “For all the folks who talk about the benefits and the legality of marijuana, there are many health professionals and employers increasingly concerned that this is not your grandfather or your father’s marijuana. The TCH components are much stronger…We just can’t say it’s all good for all people at this moment.”

On Saturday, Gaetz said Conway has a “very boomer approach to marijuana” and corrected Conway for saying “TCH” instead of “THC,” the psychoactive substance within cannabis.

“I think her reflection shows a real ignorance to the science demonstrating that in states where there are marijuana programs, you see a reduction in schedule 1 drug recommendations. You also see a reduction in the types of overdoses that are crippling our country and hollowing out America,” Gaetz told CNN.

Nearly a dozen states have legalized recreational marijuana use and others have decriminalized the drug, but it remains illegal under federal law.

Gaetz argued Saturday that “federal prohibition against marijuana has not worked.”

“It has impaired research and it has stopped our states from being able to unlock cures,” he said, adding that current federal policy “functions as a wet blanket over the innovation and investment that could allow marijuana to improve people’s lives around the country.”

On Wednesday, the House Judiciary Committee voted 24-10 to pass a bill out of committee that would decriminalize marijuana on the federal level. Gaetz — who is a co-sponsor of that bill, The MORE Act — and Rep. Tom McClintock of California were the only Republicans on the panel to vote with their Democratic colleagues in support of the legislation.

The proposal, introduced by House Judiciary Committee Chairman Jerry Nadler over the summer, aims to rebuild communities disproportionately affected by the war on drugs and would allow the re-sentencing and expungement of certain past and pending marijuana-related convictions related to marijuana use. Other congressional committees are still slated to review the legislation.

Trump has been supportive of medical marijuana, but said at the CPAC convention in February 2015 that legalizing recreational marijuana was “bad” and that he felt “strongly about that.” Later that year, Trump suggested the issue should be decided by individual states and not by the federal government.

Trump’s former Attorney General Jeff Sessions took a tougher stance against marijuana legalization during his time in the administration, rescinding Obama-era guidance that had adopted a policy of non-interference with marijuana-friendly state laws. Still, Trump said at the time that he supported legislative efforts to protect states that have legalized marijuana.