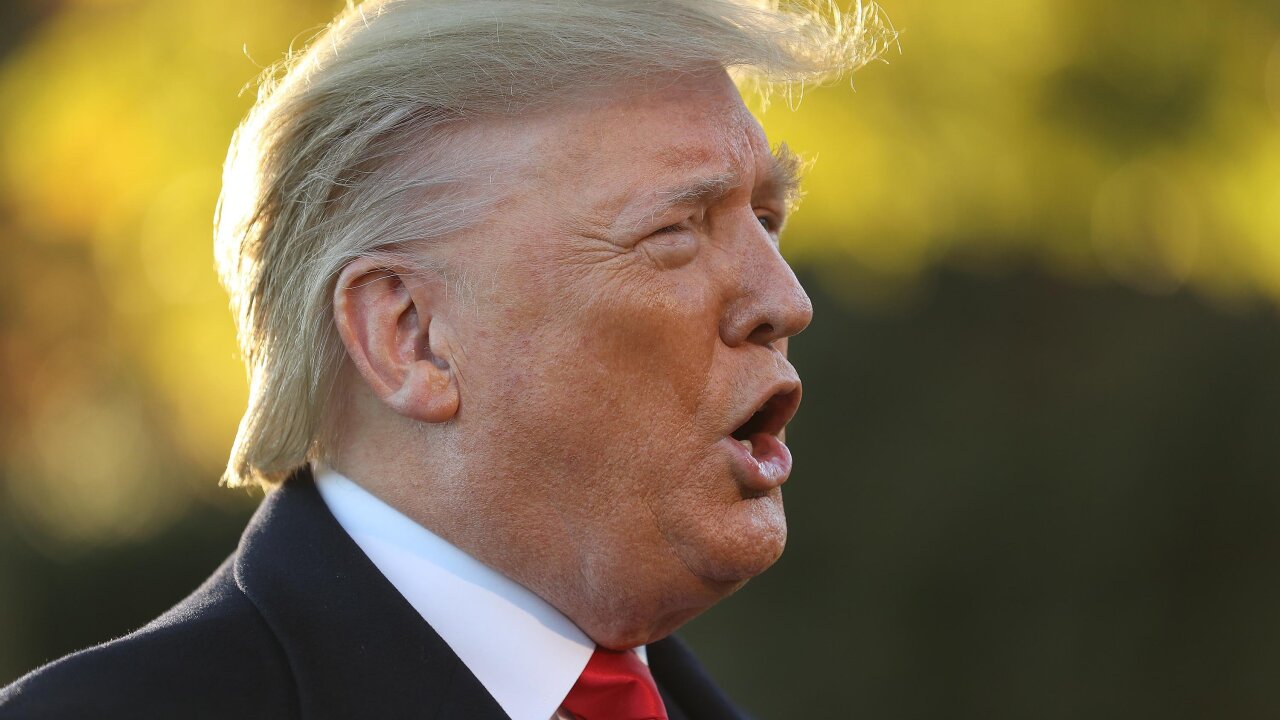 President Donald Trump said he would like a full Senate trial if the House votes to impeach him during a wide-ranging and at times rambling hour-long interview with Fox News on Friday.

His interview came after a House panel wrapped up its fifth day of public impeachment testimony, which is examining allegations of abuse of power by the President.

“I want a trial,” he said in a telephone interview, railing against the House Democrats’ inquiry. Trump said he wants Hunter Biden and Adam Schiff to testify.

Trump is accused of pressuring Ukraine’s President into announcing an investigation into Joe Biden’s son, Hunter, and a Ukrainian company whose board he sat on, Burisma. There is no evidence of wrongdoing by either Biden in Ukraine.

Schiff is the top Democrat on the House Intelligence Committee, which conducted the inquiry and public hearings.

Republican lawmakers on Capitol Hill are working with the White House to prepare for the likely Senate impeachment trial, coalescing around the idea that allowing Democrats to lay out their evidence may be the best course of action to protect the President. Ultimately senators — specifically Senate Majority Leader Mitch McConnell — will determine how the Senate trial is conducted.

During a Thursday meeting with White House counsel Pat Cipollone, a group of Republican senators spoke about how a Senate trial should be conducted if the House votes to impeach Trump.

Lawmakers discussed that Republicans should allow Democrats to make their case with a timeline of two weeks being thrown out as a potential estimate for how long that process could take. However, an aide warned that the two-week timeline was not firm by any stretch and aides and members have been clear that no one is certain how long the process could take.

“It’s not on a stone tablet,” the source told CNN.

Trump also suggested during his Friday interview he wanted Energy Secretary Rick Perry to make a statement on his dealings with Ukraine.

“Frankly, I’d like Rick to make a statement and Rick would make his debut, I think you already made a statement,” he said of Perry.

Trump weighed in on some of the public testimony by witnesses, saying he doesn’t know former special envoy to Ukraine Kurt Volker, and said of US Ambassador to the European Union Gordon Sondland, “I hardly know him.”

Trump questioned why Sondland was working so closely with Ukraine — which was something Sondland addressed during his testimony.

“I’ve had a couple of conversations, I’ve seen him hanging around, you know, when I go to Europe, but he was really a European Union ambassador, and all of a sudden, he is working on this, you know, ask about that,” he said.

He was also pressed on his personal lawyer Rudy Giuliani’s involvement in Ukraine and whether it was at odds with his State Department.

Trump called Rudy a “great crime fighter” and a “very legendary figure” and said his credentials were helpful in “dealing with a corrupt country … it means a lot.”

He said he asked his team “why are you being so kind” to Yovanovitch and was told “she’s a woman — we have to be nice.”

He also went after House Speaker Nancy Pelosi, whom he described as “crazy as a bedbug” and “not talented” and “highly overrated.”