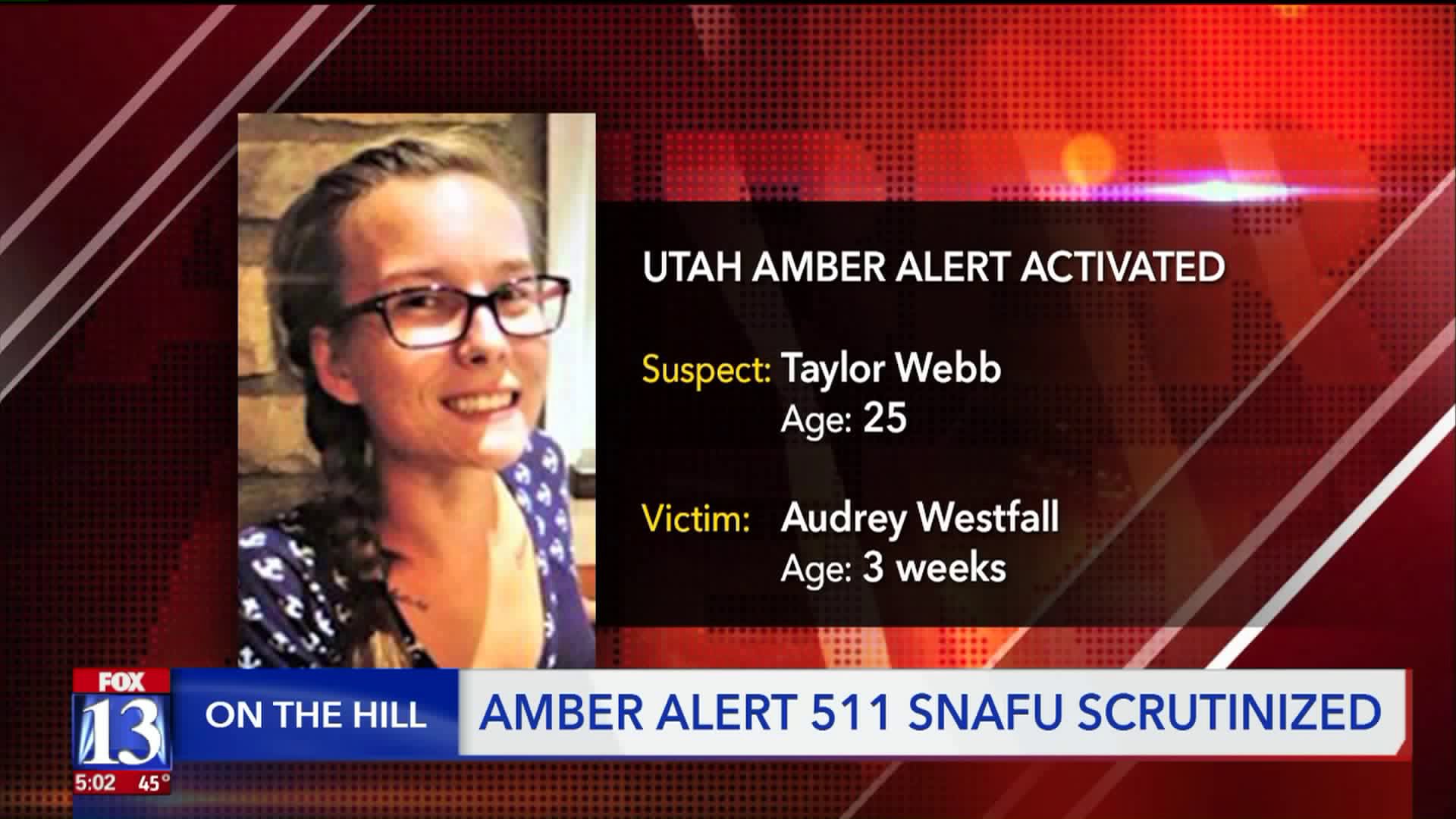 State public safety officials are reviewing what went wrong when an Amber Alert sent to mobile phones and posted on freeway signs urged people to call a number that didn`t work. TAYLORSVILLE, Utah -- State public safety officials are reviewing what went wrong when an Amber Alert sent to mobile phones and posted on freeway signs urged people to call a number that didn't work.

"It’s not OK that the information does not go out there appropriately. There’s a child at the other end whose life’s at stake here," said Marissa Cote, a spokeswoman for Utah's Department of Public Safety.

Wednesday night's Amber Alert for 3-week-old Audrey Westfell and her mother, Taylor Webb, told people to dial 511 for more information. But when they did, people got either a busy signal, were hung up on or told "all circuits are busy."

"Clearly we want as much information as we can to get out, that’s why we’re asking for the public’s help," said Clinton Police Lt. Shawn Stoker, whose agency issued the Amber Alert. "Some of the specifics of this case is we do not know a mode of travel and so those specific details are very important in hopes that someone sees Ms. webb and the baby."

When there is no vehicle description, Utah's Amber Alert system by default says "call 511," Cote said. Unfortunately, when that alert went out everyone did and it overwhelmed the system normally used for traffic updates.

"The system worked as it was designed to work," she said. "Unfortunately, we did have the occurrence of too many people calling the line."

This is the second time in a row there's been an issue with mobile phone Amber Alerts. In September, South Salt Lake Police used shorthand to describe a vehicle and people got "gry Toyt" for "gray Toyota." It led to confusion amongst the general public.

Utah DPS plans to review this latest Amber Alert, just like the agency does with each one of the 51 that have been issued since the program was instituted.

"We have a lot of questions. Our commissioner for the department has a lot of questions, a lot of concerns," said Cote. "We’re looking into it to make sure the next time an Amber Alert is sent whether it’s call the 511 number or the appropriate information comes out, it is refined that each time it is better and better."

Sen. Kathleen Riebe, D-Cottonwood Heights, who was among those who got the 511 message and got a busy signal, said she has concerns. Lawmakers on Utah's Capitol Hill may also scrutinize the system.

"It was problematic that we got a busy signal," she said in an interview Thursday with FOX 13.

Sen. Riebe, who serves on the Utah State Legislature's Law Enforcement and Criminal Justice Committee, said she has already spoken to DPS about whether they need more resources to ensure the Amber Alert system has few problems. She had concerns about the initial alert sent to phones offering few details and referring people to an overwhelmed number.

"It’s a system that we don’t use that often, fortunately," she said. "And it is really nice that so many Utahns responded."