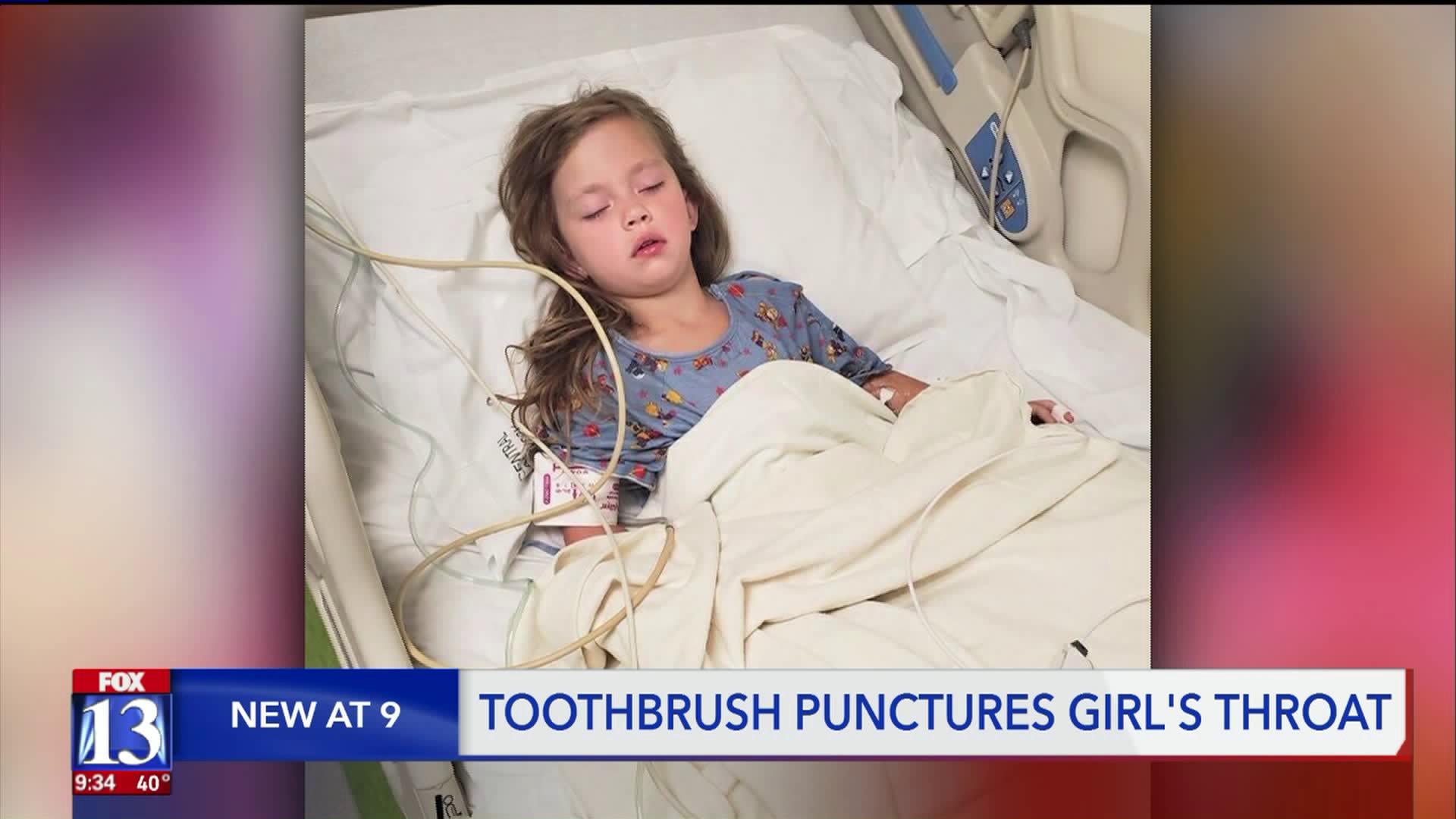 A west Valley City girl punctured the back of her throat after falling with a toothbrush in her mouth. 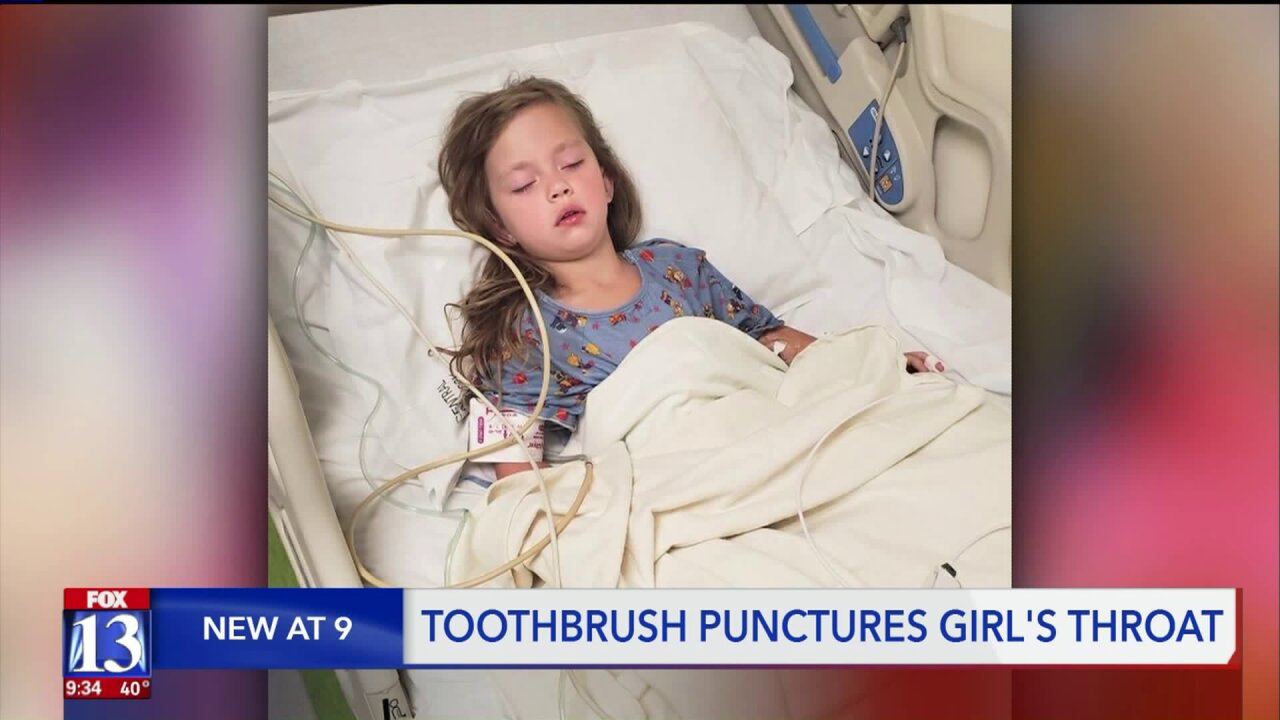 WEST VALLEY CITY, Utah — A young girl is recovering after falling with a toothbrush in her mouth that left a dime-sized hole in the back of her throat.

On November 6, Celeste was on the edge of her bed brushing her teeth with her family.

“Just wigging and bouncing around and I told her to stop. I turn to talk to her, and right as I look back, she’s falling forward off the bed,” said Mitchell Gravenmier, Celeste’s father.

The plastic toothbrush punctured the back of her mouth near several critical blood vessels.

Celeste was rushed to the hospital, where she underwent emergency surgery to close the hole.

Two weeks later, you wouldn’t know Celeste is recovering with stitches in her mouth.

“Keep an eye on your kids. You don’t think about these kinds of accidents or when you do see them you don’t think that’s ever going to happen to me then it does. Now what,” Victoria said.

Doctors believe Celeste could have permanent speech problems because of the injury.