Teacher accused of kidnapping a child in West Jordan 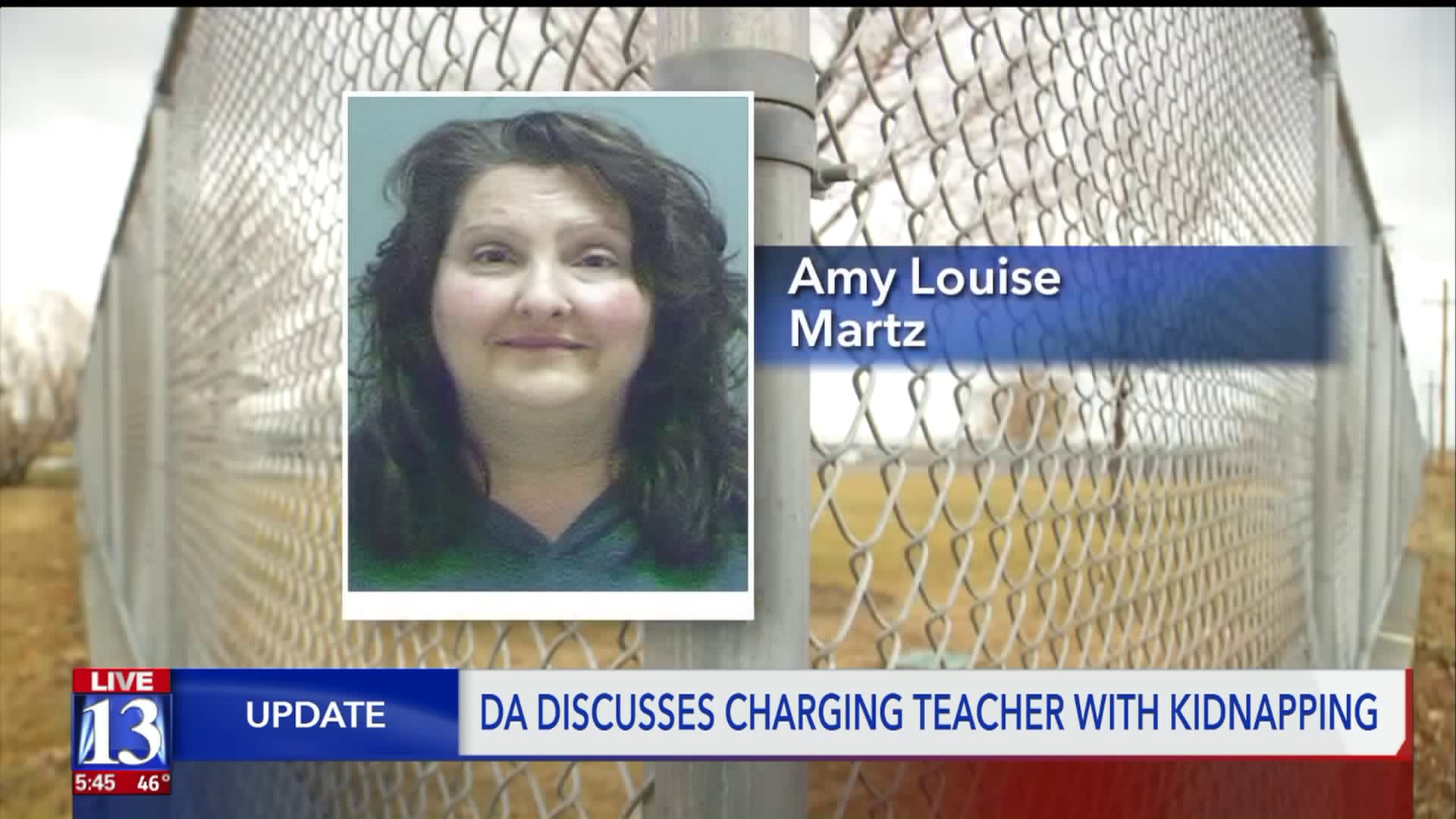 A teacher with Fox Hollow Elementary is on administrative leave after being charged with child kidnapping. 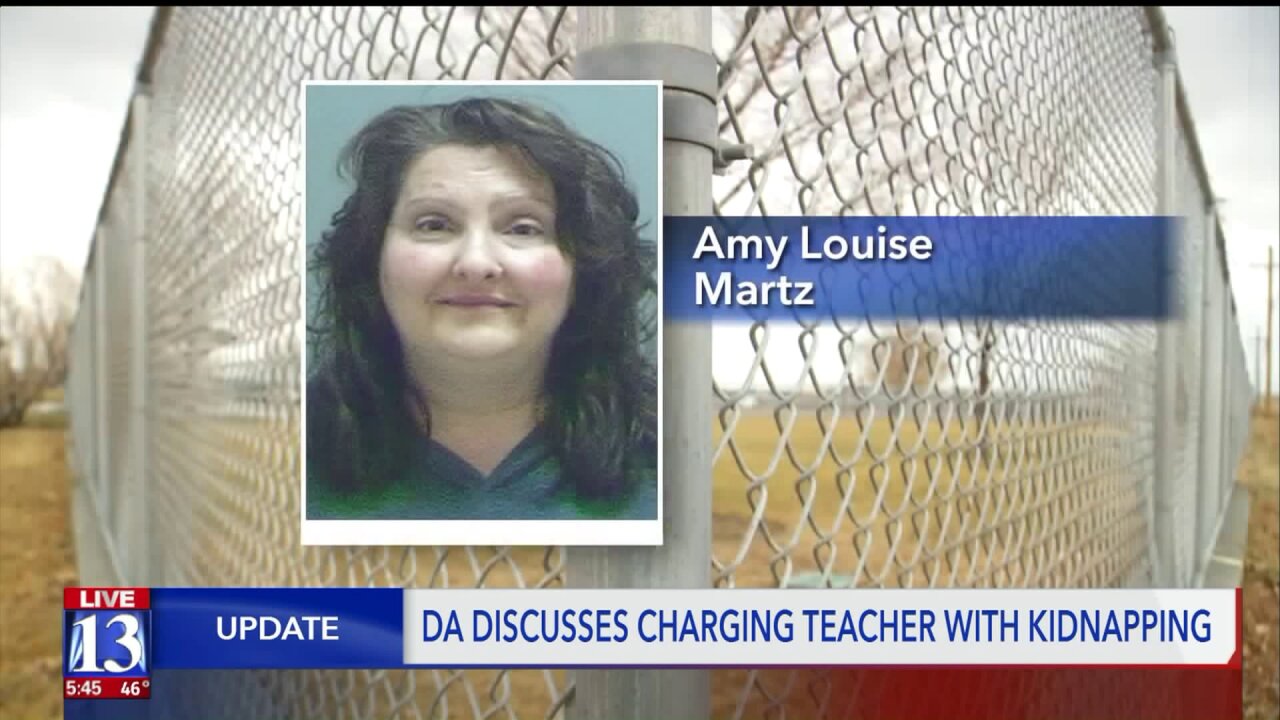 WEST JORDAN, Utah — A teacher is on administrative leave after being charged with child kidnapping.

The probable cause statement says an autistic, non-verbal child was waiting for the school bus but did not get on and that Amy Martz, a teacher with Fox Hollow Elementary, walked the child off school property.

Court documents said Martz walked “hand-in-hand” with the student into a neighborhood, through two circles near a dog park about .7 miles away from Fox Hollow Elementary school.

“You’re taking the child off campus, past crossing guards, could have easily turned around and walked into the school,” said Gill. “There were policies and protocols in place that were ignored.”

Gone for 40 minutes, the probable cause statement said Martz tried to give the student a “piggy back” ride, all to help the student find her mother.

“The parents were certainly alarmed and came down,” said Gill.

Frantically looking for their child, meanwhile, court documents said, another teacher “observed” Martz and the student walking together and brought them both back to the school.

“There was no communication in anyway of what was going on,” said Gill.

A Jordan School District spokespersons said the general protocol for if a student has missed a bus, or does not get on a bus is to call a parent and arrange for them to be picked up.

No one else, said the spokesperson, other than a parent or guardian who is approved in the school system can pick up the child.

In this case, the investigation is on-going.

“Let me be very clear,” said Gill. “There is a presumption of innocence and that presumption resides here as well.”