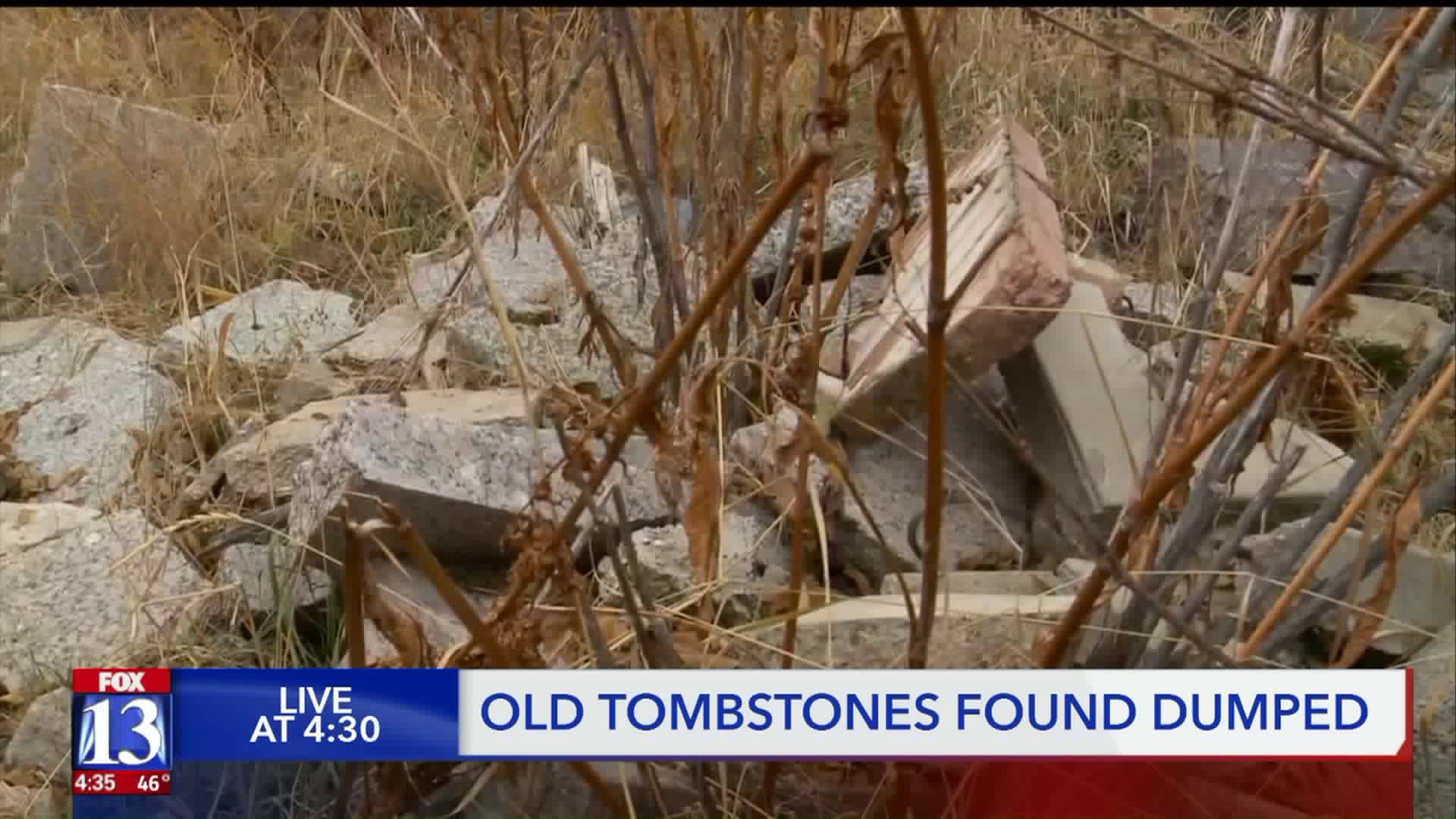 It`s not something you see every day, a pile of old headstones. One Utah man said he was out with his family when they made the discovery. 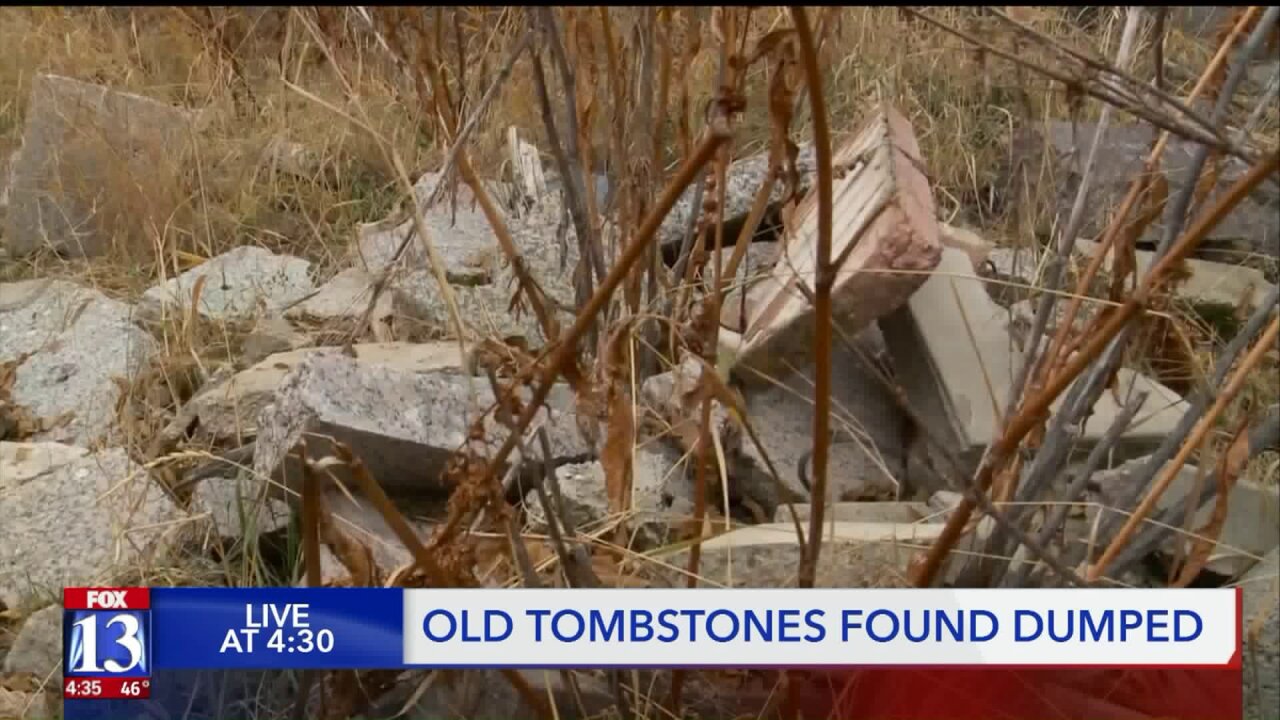 SOUTH OGDEN, Utah — It’s not something you see every day, a pile of old headstones. One Utah man said he was out with his family when they made the discovery.

“My wife and I came to see the cats to show the kids,” Kevin Neumayer said as he stood near a cove of make-shift shelters for feral cats.

It was the last thing Kevin expected to see when he was out with his family.

“It’s just not something, you just don’t stumble upon - it’s not right,” said Kevin. “This is kind of creepy.”

A large pile of in-tact headstones and large chunks of granite filler sitting at the base of a hill.

“They’re just basically treating it as garbage and throwing it off the side of the hill, they should grind them up or deface them or take them to the dump,” said Kevin.

It’s no mystery where these came from, head up the hill and you will find a cemetery called Lindquist Washington Heights Memorial Park.

“Looks like a place where we discarded a lot of broken granite,” said Lindquist Memorial Parks’ president and general manager, Robert Lindquist.

Lindquist said it’s not uncommon for families to replace headstones if they are damaged or their familial situation changes.

“It’s just landfill now,” Lindquist said as he looked at the pile.

When Fox 13 called Lindquist Memorial Parks to inquire about the discarded grave markers, they said they were just as surprised as Kevin and didn’t know they were down there.

“We typically will bust up the granite marker and throw it in our dumpster and then it goes to the landfill,” Lindquist explained. “I’m surprised somebody noticed it back here, nobody comes back here.”

The Lindquist family has owned the cemetery for 72-years, but based on the dates on the markers it is safe to assume these were dumped sometime in the last 18-years.

“For respect of the family, I don’t think they would want to see their family headstones thrown down the hill,” said Kevin. “Clean up their trash and dispose of it the right way.”

A few hours after Fox 13 spoke to Lindquist they sent a front-end loader out to remove the pile for proper disposal.