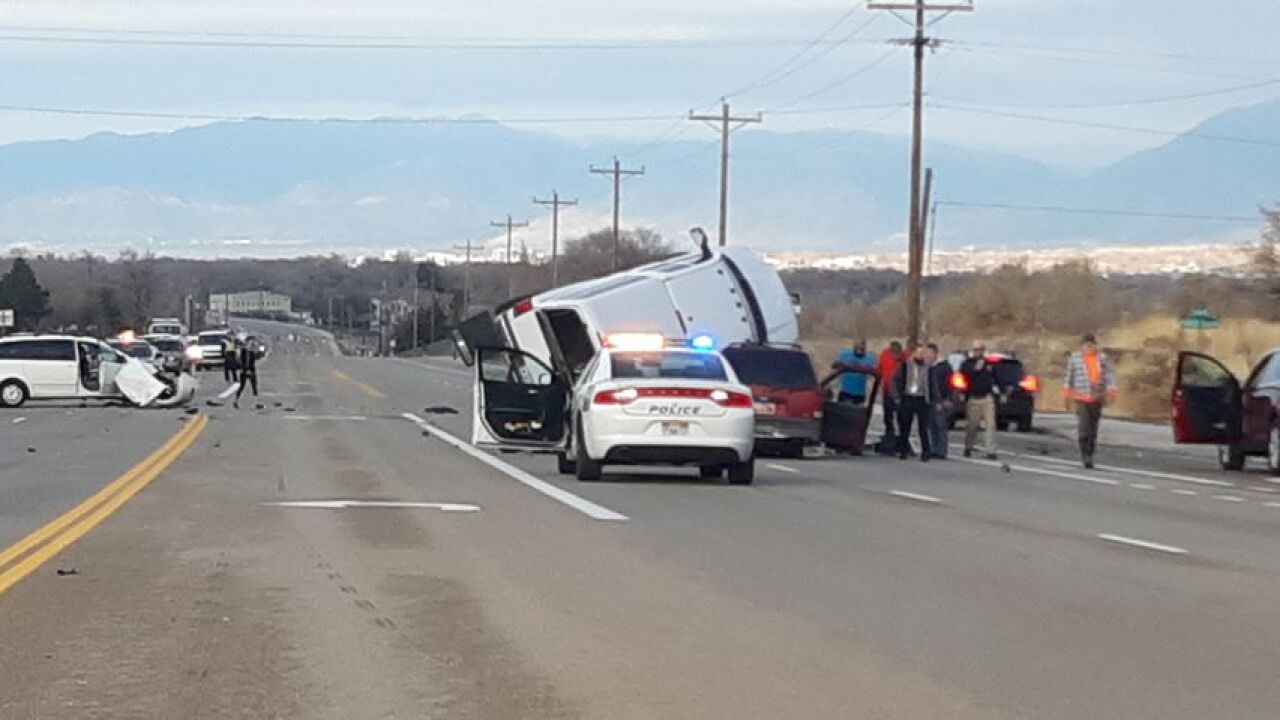 According to VECC, two vehicles ended up on top of each other, pinning the driver in the bottom vehicle. Officials worked to free the person trapped and stabilization was required. The victim was transported by helicopter in serious condition. Two other people involved were transferred by ambulance.

Commuters in the area are encouraged to find an alternate route.