Remains of WWII soldier from Utah return home, 76 years after he died in combat 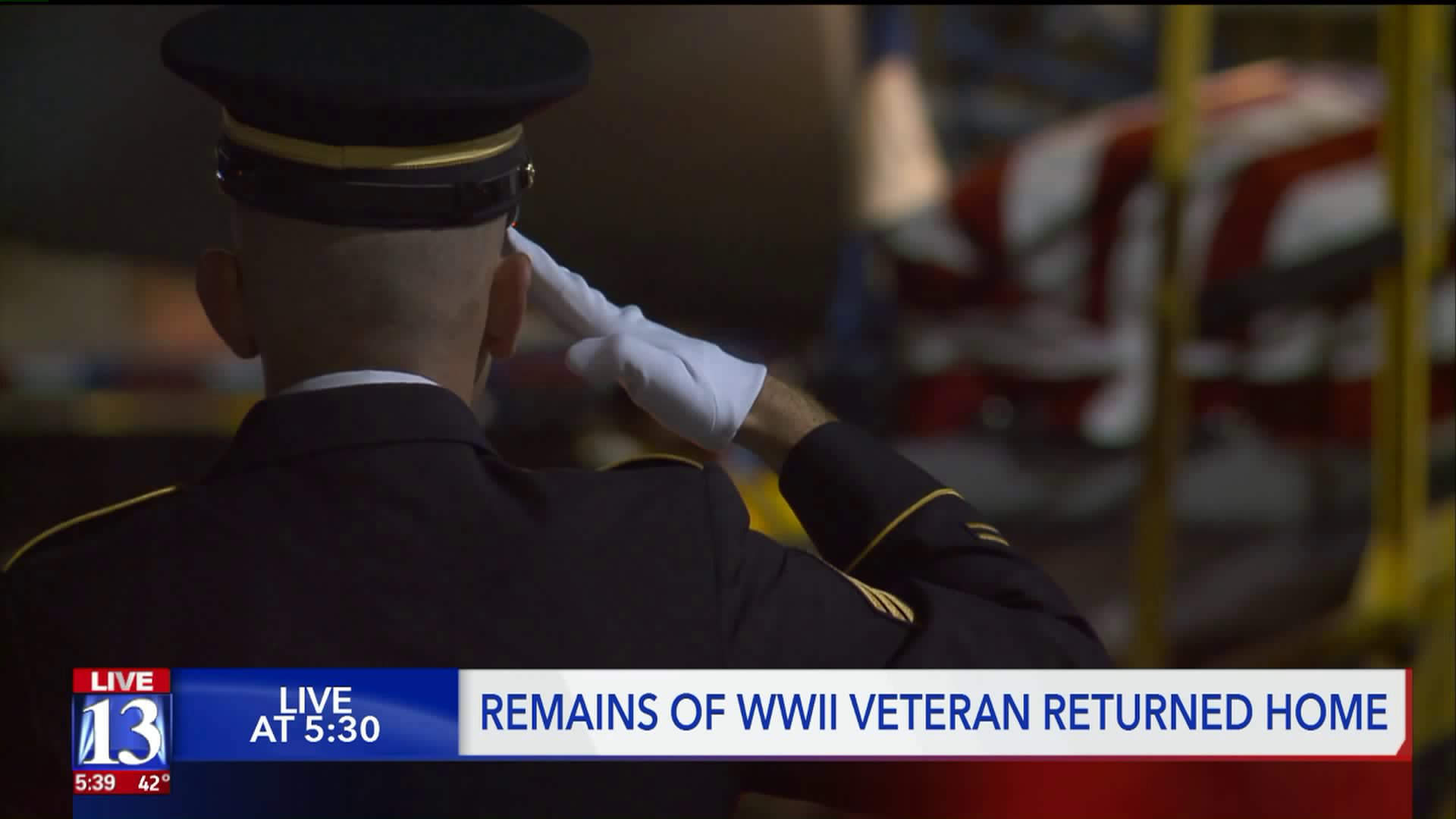 The remains of a World War II veteran were recently identified as a man from Utah. 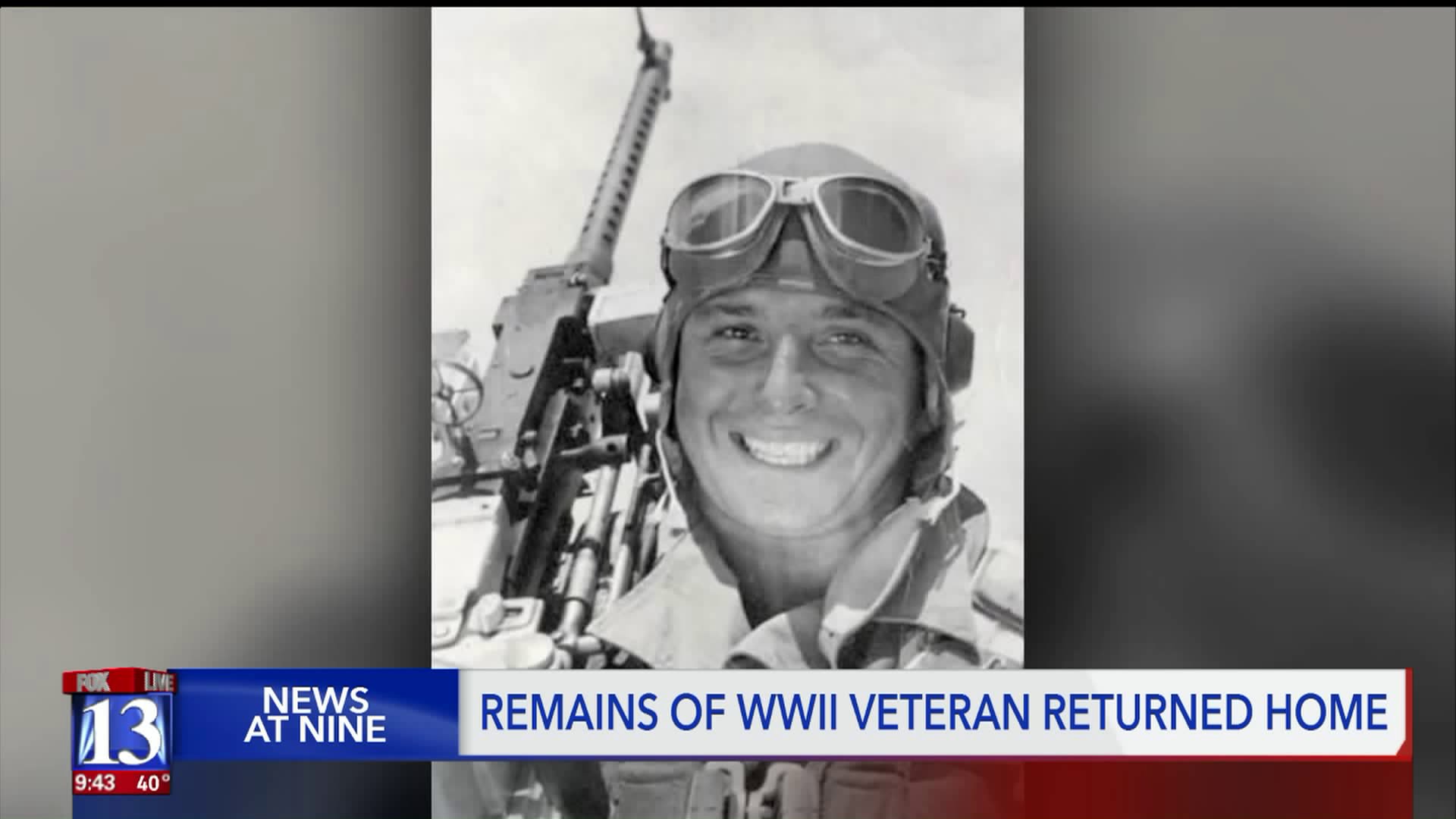 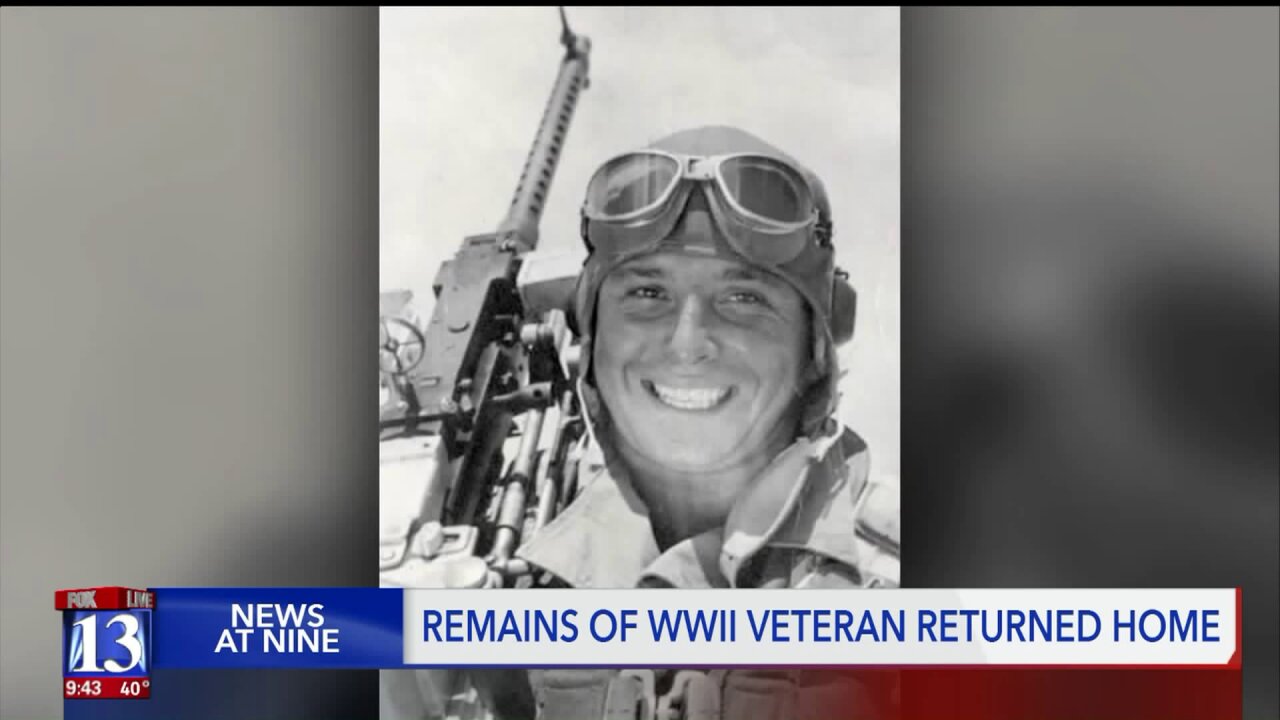 Army Air Force Tech Sergeant Max Lower was 23-years old when he died, and it wasn’t until recently that his remains were identified in Belgium.

An American Airlines flight from Phoenix touched down at the Salt Lake City International Airport just before 8 p.m. As it pulled up to its gate, more than two dozen family members stood on the tarmac, waiting.

Travelers in the terminal peered out of the windows. Airport workers stopped what they were doing to stand in silence, some with hands over their hearts.

A military honor guard marched up to a conveyor belt that was positioned next to the open cargo door, to gently grab a casket draped with the American flag.

90-year old Helen Lower Simmons stood silent next to her brother Samuel Lower, Jr. as the honor guard carried the casket to the hearse, carefully loading her brother into the back.

She broke down in tears.

Helen was 14 years old and Samuel was 6, when their older brother died in the war.

She explained they didn’t find out until 10 years ago, what had happened to Sgt. Lower. The plane he was a radio operator on crashed in Romania from enemy fire in 1943. According to the Utah National Guard, the B-24 aircraft was part of Operation Tidal Wave, the largest bombing mission against the oil fields and refineries in Romania.

Finally, 76 years later, they were able to bring him home.

"I was thinking, a long time it was,” Helen said, getting emotional as she spoke. “And that January 3, 1942 after Pearl Harbor, [Max] feeling, ‘I’ve got to enlist so I can fly over, not trudge through it.’”

She said as a 14-year old girl, she’d pray that Max would return home safely. Then came years and years of wondering what had happened to her brother.

Helen expressed her gratitude to the agencies in the U.S. and Europe that worked to identify Sgt. Lower and return him to his family.

Sgt. Lower will be buried with full military honors and a military flyover at the Lewiston City Cemetery on Saturday at 1 p.m.