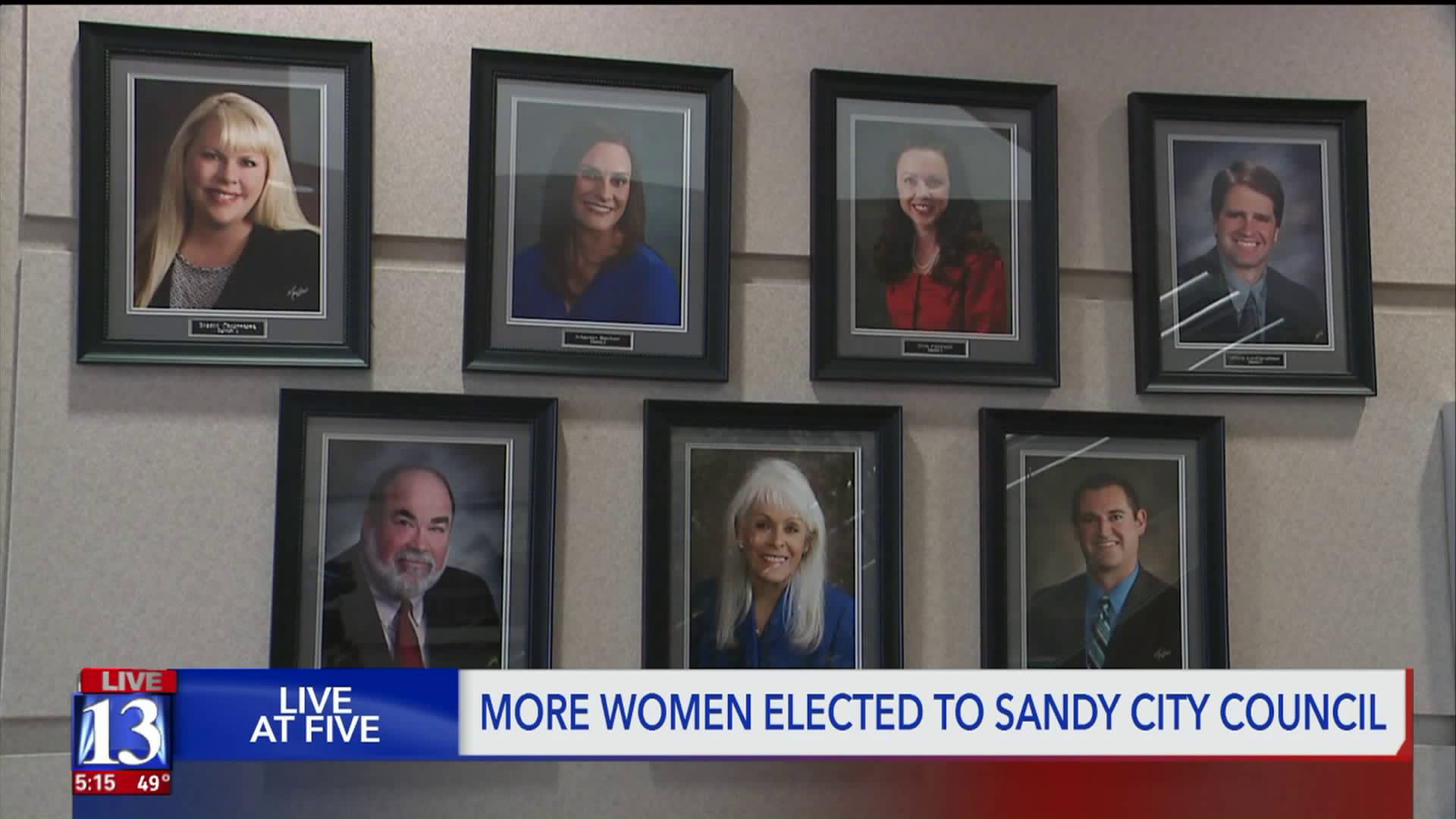 There are three new women joining the Sandy City Council, making a six to one ratio of women to men. 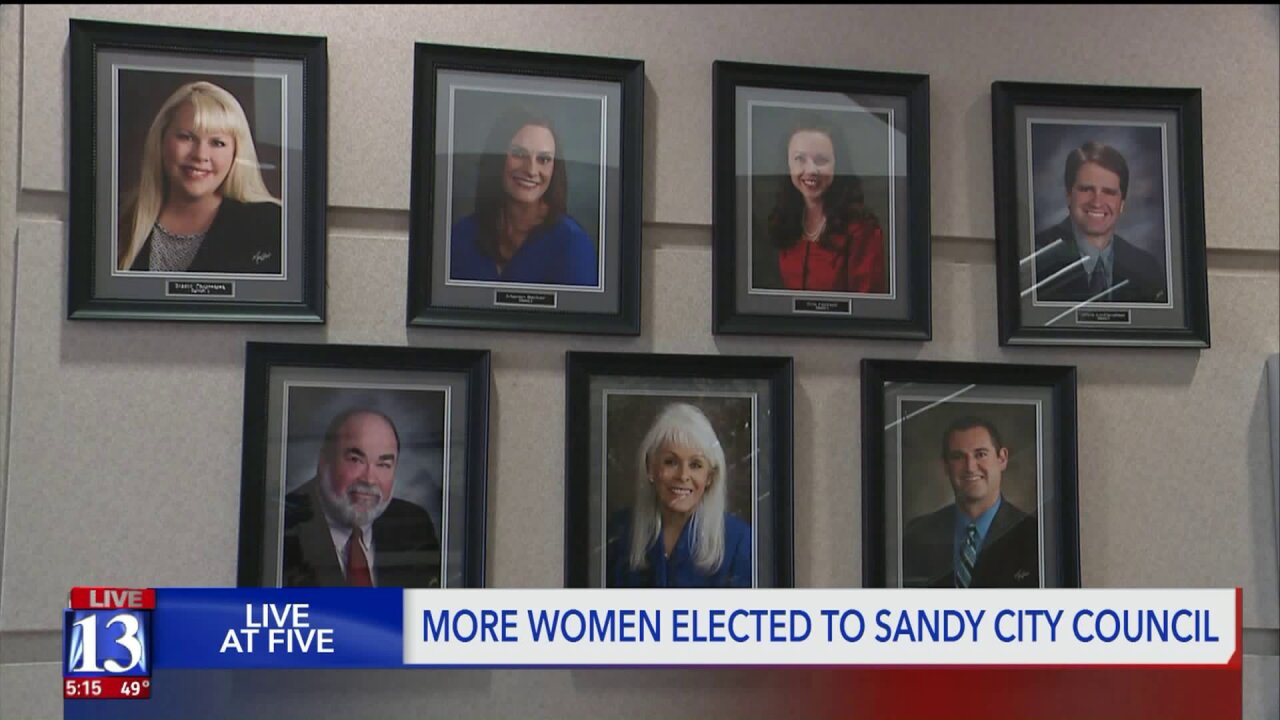 SANDY, Utah — There are three new women joining the Sandy City Council, making a six to one ratio of women to men.

Marci Houseman will be one of them.

“One of the things I’m excited about [is] a strong foundation we have to build on,” Houseman said.

Pictures lining Sandy City Hall show the city's history of leadership, moving from black and white photos to color, and from all men to more women serving.

“What you’re going to see is a diverse group of women with a lot of passion, energy and a lot of will to serve and help our residents get the very best our city can offer,” Houseman said.

Cyndi Sharkey was re-elected, leaving Zach Robinson as the “last man standing” in the council.

The new city councilwomen will be sworn in on the first Monday of January 2020.