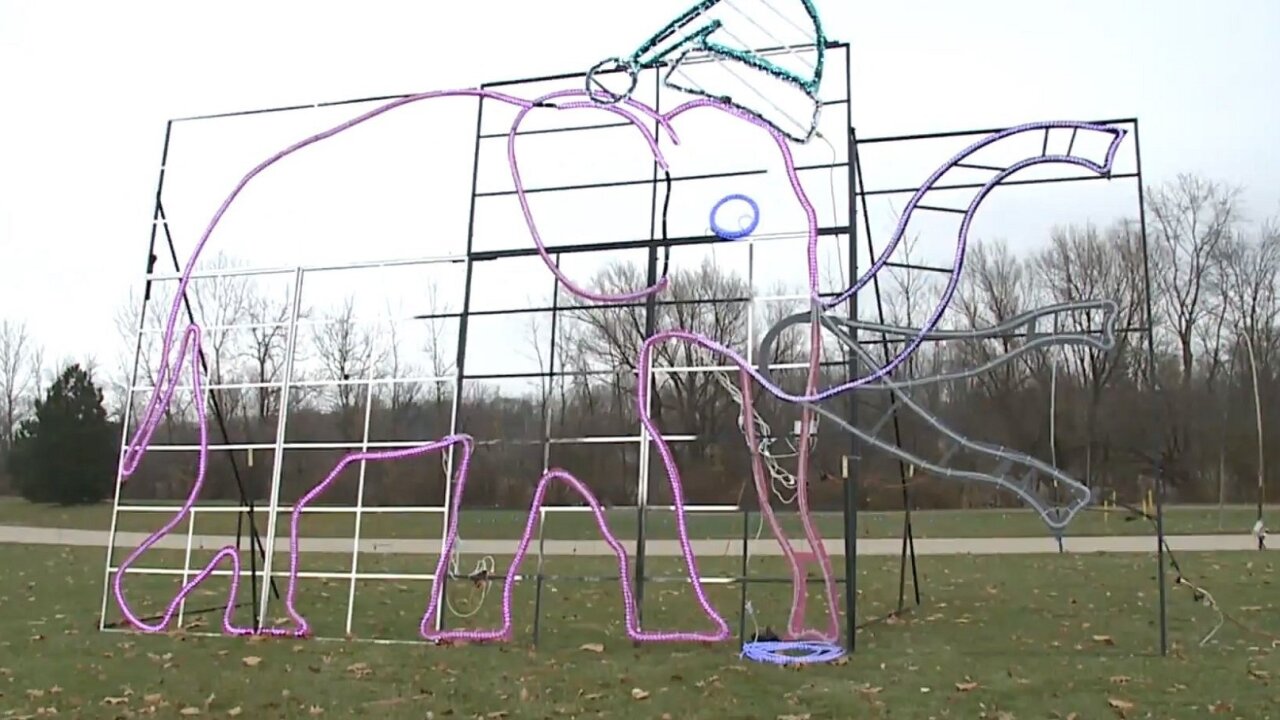 The elephant takes candy canes and tosses them with its trunk. Source: WXMI

PLAINFIELD TOWNSHIP, Mich. (WXMI) — It’s a West Michigan tradition with over 20 years of service under its belt.

The massive annual holiday display at Fifth Third Ballpark takes a lot of work from some very special people behind the scenes.

Bill Schrader, the founder of the mile-long show, has built his team from a small group of only a few to nearly 50 people now. He wanted to keep the people he worked with close to a special piece of his life and heart.

“Most of them are all veterans.” said Schrader. “I was in the Army for a long time. They are all retired or semi-retired. People that are living out here during Thanksgiving and the holidays are giving their time out here. They have a passion for it too.”

As his team grows, so does his operation. Just this year, he began a new tradition of taking an idea from one of his workers’ kids and building it in lights.

The kids love elephants and drew one out on paper. The elephant takes candy canes and tosses them with its trunk. When the lights open up on Nov. 27, the pink LED elephant will come to life right before everyone’s eyes.

Schrader’s passion grew from years of driving through West Michigan neighborhoods to see houses decked out in lights. Now his show is the place to be each and every year.