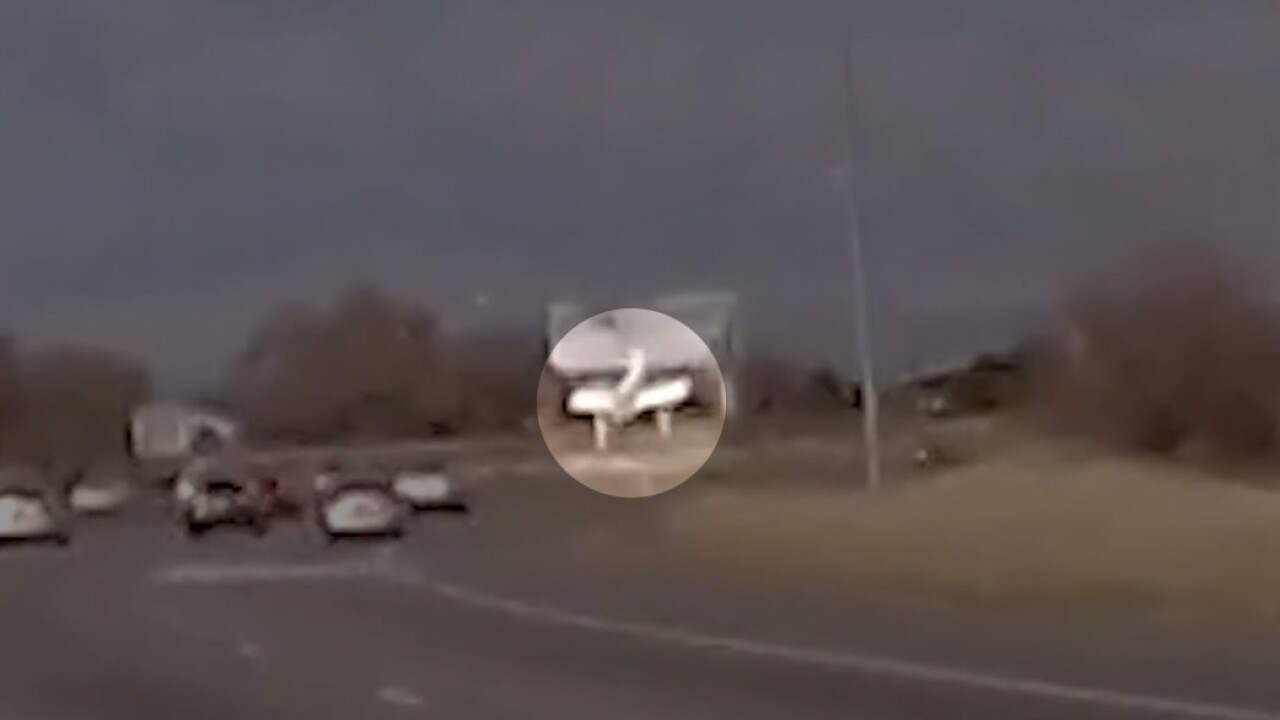 ROY, Utah  — A driver is sharing video captured on his dash camera which shows the moment a small plane crashed on the shoulder of I-15 Sunday afternoon.

Use the video player above to watch it. (Video Courtesy: Tylar Overturf)

Roy Police Department said the plane had recently departed from Ogden-Hinckley Airport, and the aircraft and two passengers were part of a flight school.

“One of the occupants was an instructor and the other was a student,” said Officer Stuart Hackworth with Roy Police.

This plane, in particular, tail number N3206r, has been in the news before. In May 2018, the same aircraft had to make an emergency landing on the highway. At the time, UHP reported that a flight student had been conducting touch and go exercises with an instructor when the aircraft lost power.

During that incident, the flight instructor took over and successfully landed the plane on the highway. The plane hit a car, but no one was injured.

This time around the 50-year-old plane didn’t make it out, but police said the pilot and passenger will.

Police said both men were taken to the hospital in critical condition. The pilot was flown to Ogden Hospital, the passenger was taken to McKay-Dee Hospital by ambulance. Both are expected to survive.