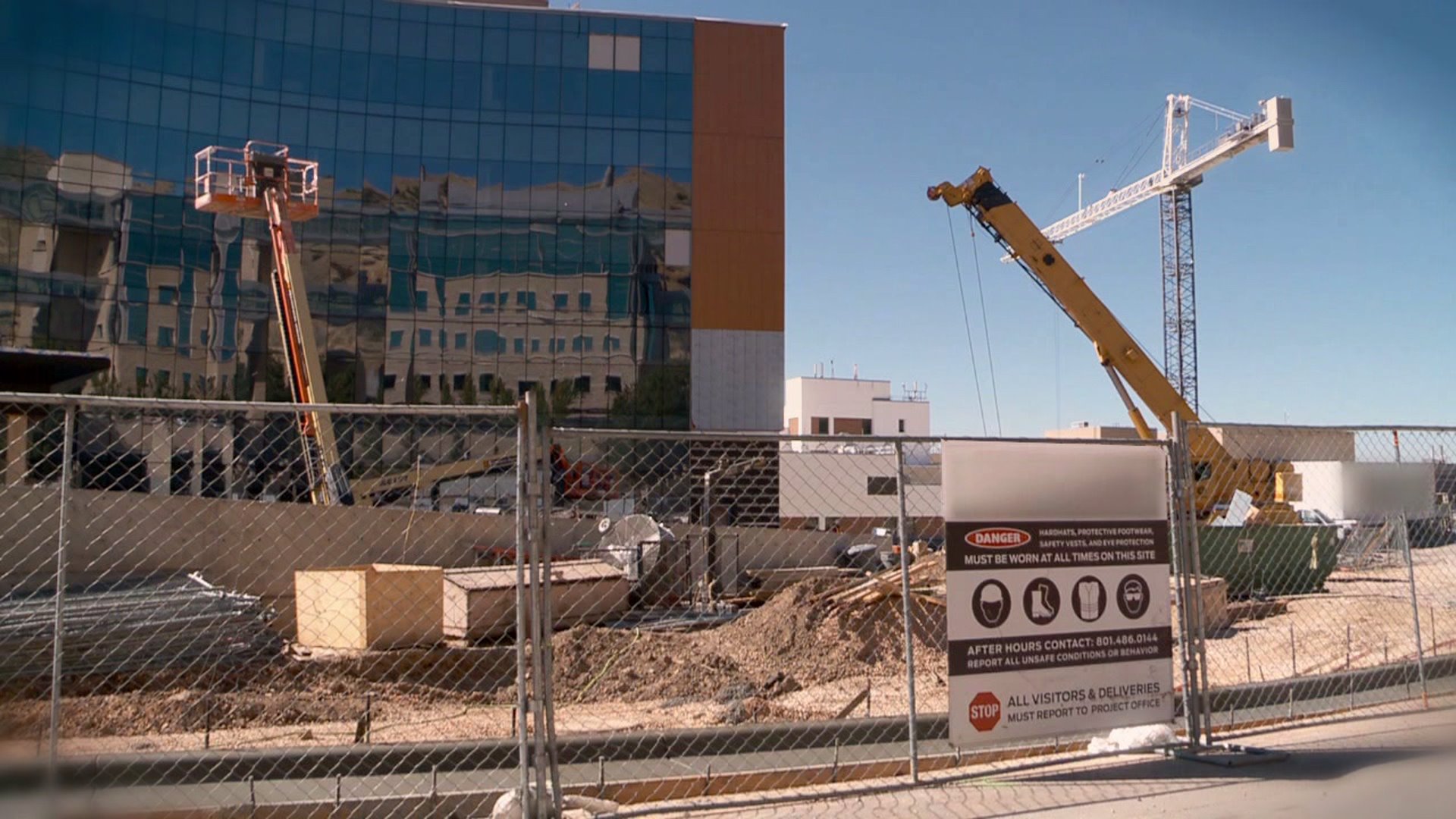 This FOX 13 investigation takes a closer look at an illegal business practice that most people in the construction industry consider an open secret: "coyotes" smuggling people into the work force.It`s a problem one state senator describes as a "robbery" of our tax dollars on some of the biggest construction sites across Utah.FOX 13 has discovered hundreds of employees are being paid in cash under the table on a weekly basis instead of paying taxes. 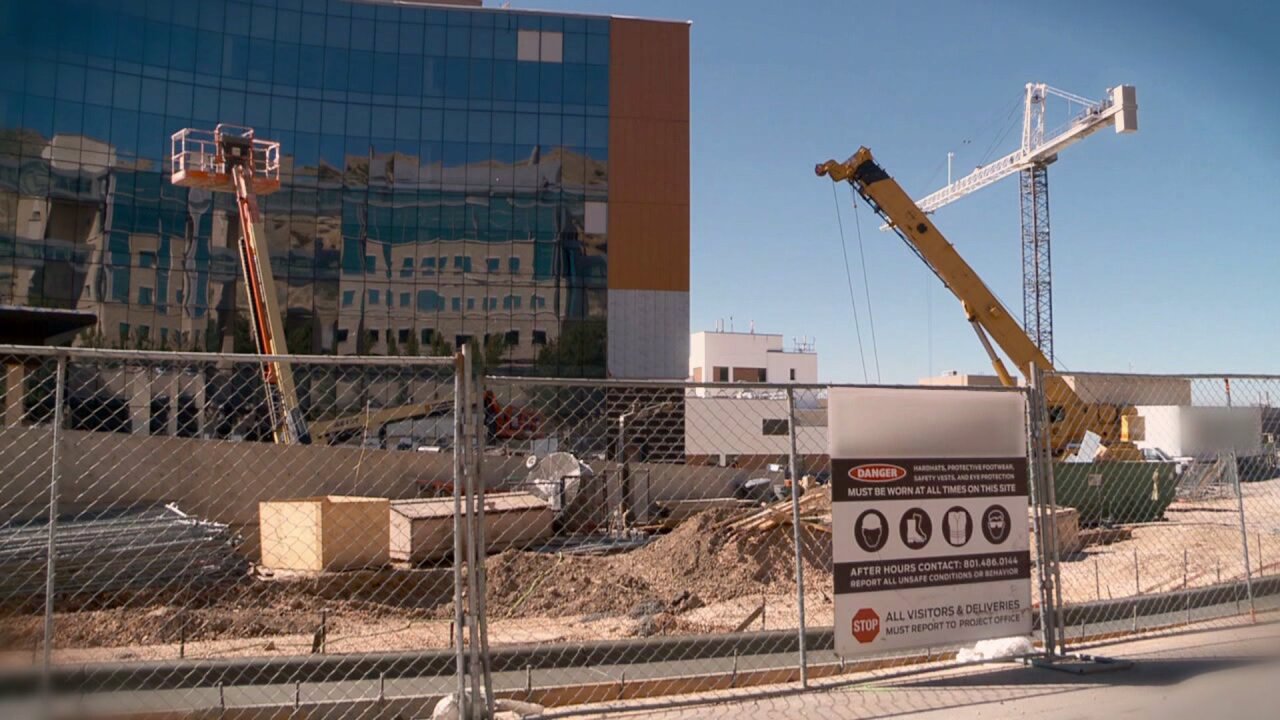 SALT LAKE CITY — A FOX 13 investigation is taking a closer look at an illegal business practice that most people in the construction industry consider an open secret: “coyotes” smuggling people into the work force.

It’s a problem one state senator describes as a “robbery” of our tax dollars on some of the biggest construction sites across Utah.

FOX 13 News has discovered hundreds of employees are being paid in cash under the table on a weekly basis instead of paying taxes.

Patrick Bieker, the lead union representative with the Southwest Regional Council of Carpenters in Utah, has been fighting for stricter regulations against anyone who encourages employees to work for cash.

“We refer to them as 'coyotes,' or labor brokers,” Bieker said. “They typically use fear to keep their workforce in line.”

According to the Southwest Regional Council of Carpenters, the manpower on most job sites does not come from the general contractor – or even the subcontractors. Instead, they say it comes from coyotes who help the subcontractors limit the amount of fees they pay per employee.

“They don’t pay the workers comp, the unemployment insurance, state and federal taxes. You know, any of the burden that a responsible contractor pays,” Bieker said. “It’s just a constant race to the bottom. Let’s make sure everybody’s getting screwed!”

Since he learned of the problem, Bieker has hired a number of anonymous informants who work on large job sites across the state. They take pictures of their payments every week, typically large sums of cash handed to them in an envelope inside small office buildings across Salt Lake City.

One of the workers told FOX 13 he has been a legal resident in the United States since 1999. He said he has a green card, but when he tried to get a job with a local subcontractor, the company told him to call a man named Sergio Coronado instead.

“The first payment, envelope, cash. It was like three months, two months and a half I think,” the worker said. “I wanted to pay my taxes, you know?”

“We used to meet up at a parking lot. Home Depot,” said another anonymous worker, who also worked for Coronado. “There’s a lot of dudes that do it. A lot. He’s not the only one.”

The informants told FOX 13 they were paid with cash envelopes for months. Eventually, they said Coronado started getting nervous. He started paying his employees with personal checks. There were still no pay stubs or deductions for workers compensation or taxes.

Just a few minutes after Coronado started handing out his first checks, FOX 13 gave him a chance to explain.

Coronado did not confess. He said he is not in charge of the operation and immediately tried to leave.

“What are you guys doing here?” FOX 13 reporter Adam Herbets asked. “Are you leaving because you’re paying people in cash, or what’s going on?”

“No, I don’t pay anybody,” Coronado said.

“All of these people on these construction sites, they say they work for you?” Herbets said. “You know paying people in cash is illegal right?”

Since the confrontation, Coronado has continued to pay employees under the table but has changed the location where he passes out the money.

Watch the video above to see the confrontation.

According to the Division of Occupational and Professional Licensing, Coronado has never been cited or disciplined. The division could not confirm or deny whether Coronado is under investigation, but they pointed to cases where other labor brokers have been caught.

This summer, DOPL fined a company named “NGF” a total of 225,000 dollars – 1,000 dollars for each of its 225 unlicensed employees. DOPL also took away the company’s license.

“NGF is the equivalent of the guy on the corner selling drugs that gets busted,” Bieker said. “There’s someone right there to take his spot… they’re still working. I guarantee you, every one of (those employees) is working today.”

Workers on construction sites talk openly about their cash payments

FOX 13 has reviewed dozens of undercover videos from the union on taxpayer-funded job sites. Many of the workers had no problem discussing their cash payments.

On one job site, new student housing at the University of Utah, various employees said they worked for “Sergio” and other coyotes who are not being named in this story.

The following recorded conversation is with a man we will identify only as “Julian.”

“How many guys on site?” a union carpenter asked.

“Through the different brokers?” the union carpenter said. “The coyotes!”

“I heard from somebody they are looking for some of those guys,” Julian said. “They’re hiding!”

“I don’t want to say (I have) no medical, because my wife covers me with hers,” Julian said.

“So you have insurance, but if you get hurt at work?” the union carpenter asked.

Christopher Nelson, the communications director for University of Utah, released the following statement.

“The University of Utah is committed to adhering to all state laws and best practices in terms of building construction and project management, and expects its contractors to abide by those standards as well.”

Bieker said he is not mad at the University of Utah or workers like Julian, but he is upset with the coyotes and the subcontractors who turn a blind eye to this practice.

“What has been done about the subcontractors, if anything?” FOX 13’s Adam Herbets asked.

“What should be done?” Herbets asked.

“They should go to jail,” Bieker said. “They know exactly what they’re doing.”

FOX 13 has spoken to some of the subcontractors who work with Coronado and other suspected coyotes. They said it is not their job to investigate another company’s books and that they have no reason to suspect anything illegal taking place.

Senator promises there will be a next step

She said, now that the problem has gotten worse, it’s time to take enforcement a step further.

Mayne said she will be introducing a new bill in the upcoming legislative session which will increase fines and hold subcontractors accountable. She predicted it will pass with bipartisan support.

“Who’s getting hurt? They’re robbing from us. Good companies, they don’t have an issue with this, because they take care of their workers,” Mayne said. “Make sure your (subcontractors) are all in line. Make sure that they’re credible… If you have that practice somewhere in your tiers, you need to take care of that.”

This is a developing story. Stay with FOX 13 as we continue to investigate coyotes and the system that allows them to continue this illegal practice.