Veterinarian opens up about suicide rates rising throughout the profession 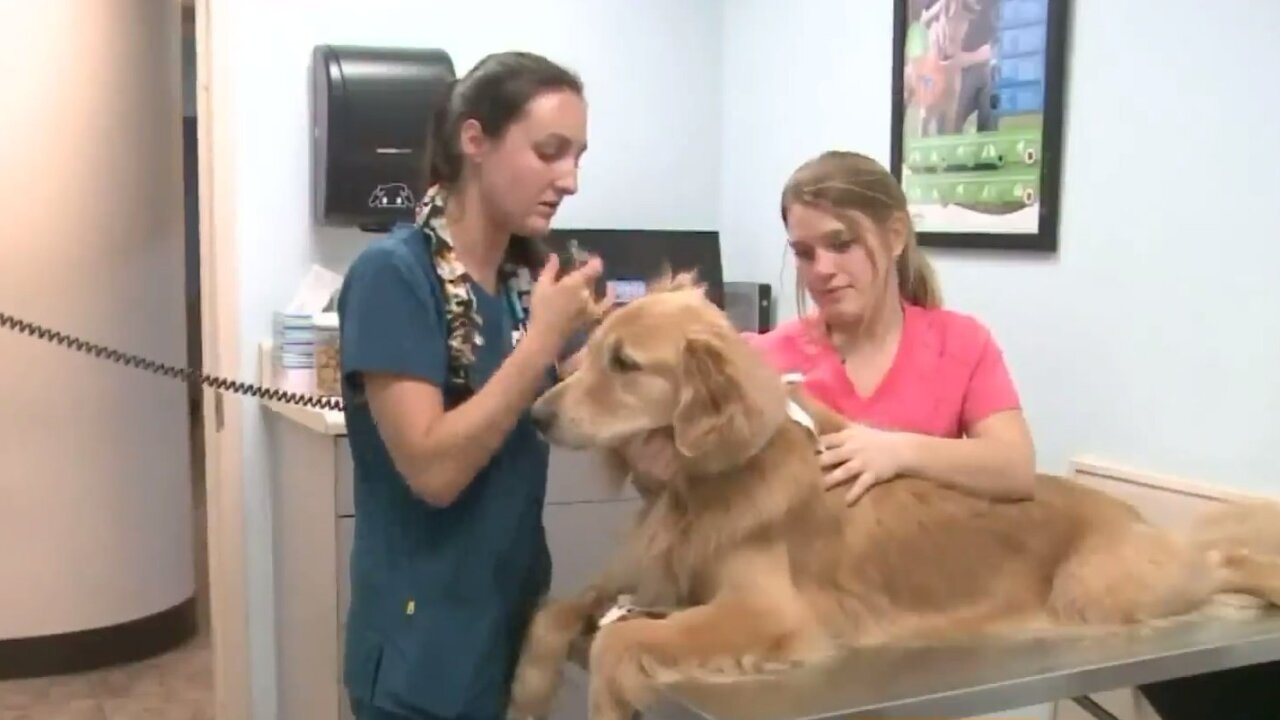 Kristen Seymour, a veterinarian, said she is familiar with the long hours and emotional burden that the job can bring. Source: WTKR

She’s a veterinarian who has just finished a morning of surgeries and back-to-back appointments with pets.

“I actually tried really hard not to be a veterinarian because I knew what I was getting into, but it ended up being the only thing that really made sense for me,” she says.

Seymour’s mom is a veterinarian, so she was familiar with the long hours and emotional burden that the job can bring.

Yet, after going through four years of undergraduate school and four years of veterinary school, she knew she needed to be the voice for the family members who can’t say what’s wrong with them.

Aside from your visit, when you take your pet to the doctors, a lot more is going on behind the scenes.

Seymour remembers a few weeks ago when she had nonstop appointments.

“I went from one room where I was like, ‘Oh, your dog is pregnant,’ and then I go into the next room and it’s like, ‘I have to euthanize my cat, it’s doing terrible.’ It’s like emotional highs and lows,” she says with a sigh.

Those highs and lows are a reason the CDC says veterinarians are suffering from anxiety and depression.

“They deal with a high level of stress and crisis on a daily basis, and so all of that has to go somewhere.”

Like many others, Seymour is no stranger to this type of analysis. She says she has suffered with depression issues for years and takes medication regularly.

She says she’s not ashamed of her journey and says it needs to be talked about more.

However, aside from the emotional strain of dealing with sick pets, other stressors from the job are financial. Seymour tells News 3 that often a major struggle is that some owners don’t have the means to pay for a treatments and surgeries.

“The hard ones are the ones that people don’t allow you to treat and you really want to and you wish you could have them sign over all the pets and give them to you, but you can’t,” she says.

From that, the tension between the owner and the vet can be harsh. Arguments and accusations now become an emotional burden on the shoulders of each veterinarian.

Seymour says it is sad, but the suicide rates don’t shock her because she can see how the job changes a person.

Where is there help?

A new online Facebook group is helping people deal with those problems. It’s called “Not One More Vet,” and it was created for vets to vent with people that understand.

O’Neill encourages outlets like this saying, “One of the ways we treat it is by talking about it.”

It currently has more than 20,000 members worldwide — Seymour being one of them.

Benita Thornhill is a behavioral health therapist with Sentara Outpatient Behavioral Health Services in Virginia Beach. She says, “I think it’s important for individuals to create a routine – a routine that includes self-care.”

She offers that people should try taking a walk if they get a small break at work or even try setting time aside at the end of the day to unwind.

With her clients, she has seen yoga and meditation work wonders, but overall she says it’s important to talk to someone — whoever that may be.

“One of the other things people used to say in vet school is that you can’t care more than the client cares, you’re going to drive yourself nuts, and that’s totally true.”

Taking Thornhill’s advice, Seymour exercises when she has a long day or spends time with her husband and dog.